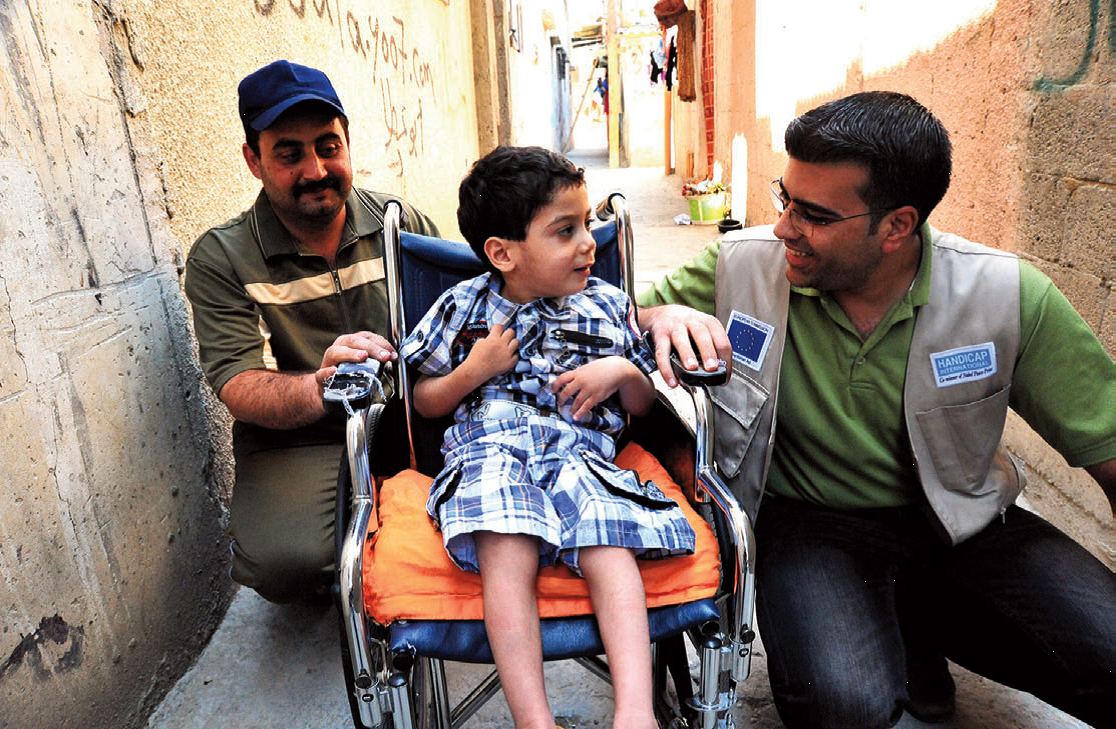 A double whammy + 1 is a triple part difficulty; e.g. limitations in health care based on 1) race, 2) ethnicity, plus 3) disabilities.

A double whammy is a situation that is bad in two different ways: a situation in which two bad conditions exist at the same time or two bad things happen one after the other.”1

For example: “The high cost of health care and a lack of medical insurance is a double whammy.” 2 A double whammy + 1 is a triple part difficulty; e.g. limitations in health care based on 1) race, 2) ethnicity, plus 3) disabilities. The title of a recent article in the Journal of American Dental Association sums up this triple threat, “Disparities in dental care associated with disability and race and ethnicity.” (emphasis added) 3 A triple whammy is comparable to the mythical character Mr. Joe Btfsplk (who lived under a perpetual rain cloud) in the long ago newspaper satirical comic strip Li’l Abner by cartoonist Al Capp. (March 20, 1947 strip4)

DEFINITIONS
Race refers to a person’s physical characteristics, such as bone structure and skin, hair, or eye color.
Ethnicity refers to cultural factors, including nationality, regional culture, ancestry, and language. An example of race is brown, white, or black skin (all from various parts of the world), while an example of ethnicity is Japanese or Spanish ancestry (regardless of race).5
Whammy refers to the evil eye, jinx, bad luck or misfortune.6

TRIPLE WHAMMY
The World Health Organization’s latest report on disability and health specified that:
• “Over a billion people, about 15% of the world’s population, have some form of disability.
• Between 110 million and 190 million adults have significant difficulties in functioning.
• Rates of disability are increasing due to population ageing and increases in chronic health conditions, among other causes.
• People with disabilities have less access to health care services and therefore experience unmet health care needs.” 7
• “About 1 in 68 children has been identified with autism spectrum disorder.” 8

People with disabilities report seeking more health care than people without disabilities and have greater unmet needs. “For example, a recent survey of people with serious mental disorders, showed that between 35% and 50% of people in developed countries, and between 76% and 85% in developing countries, received no treatment in the year prior to the study.”7

Secondary conditions
• “Secondary conditions occur in addition to (and are related to) a primary health condition, and are both predictable and therefore preventable.
• Examples include pressure ulcers, urinary tract infections, osteoporosis and pain.”

Co-morbid conditions
• “Co-morbid conditions occur in addition to (and are unrelated to) a primary health condition associated with disability.
• For example, the prevalence of diabetes in people with schizophrenia is around 15% compared to a rate of 2-3% for the general population.” 5

Age-related conditions
• “The ageing process for some groups of people with disabilities begins earlier than usual.
• For example, some people with developmental disabilities show signs of premature ageing in their 40s and 50s;” 7 e.g. individuals with Down syndrome and those with dementia.

Engaging in health risk behaviors
“Some studies have indicated that people with disabilities have higher rates of risky behaviors such as smoking, poor diet and physical inactivity.”

Higher rates of premature death
“Mortality rates for people with disabilities vary depending on the (overall) health condition. However an  investigation in the United Kingdom found that people with mental health disorders and intellectual impairments had a lower life expectancy.” 7

SPECIFICALLY, THE UNITED STATES
“Aside from the public health issues that most racial/ethnic minorities face, minorities with disabilities experience additional disparities in health, prejudice, discrimination, economic barriers, and difficulties accessing care as a result of their disability…”9

The Centers for Disease Control and Prevention estimate that approximately 62 million Americans experience some ‘basic’ movement, cognitive, sensory, or emotional problems. About 14% of people experience ‘complex activity limitations in their ability to participate in society, including maintaining a household, working, or pursuing hobbies. Rates also increase with age. About 42% of individuals over the age of 65 report a disability, compared with 18.6% who are younger. 10
• African Americans and Hispanics over age 50 are more likely to have a mobility disability than whites and also use more hospitals than whites. “An Institute of Medicine report observed that … persistent effect of race/ethnicity (in medical services utilization) could be the results of culture, class, and/or discrimination.” 11
• 31% of people with disabilities report fair or poor health in comparison to 6% of the general population. Among  adults with disabilities, 55% of Hispanic persons and 47% of African Americans report fair or poor health, as compared with 37% of whites. 10
• Almost 5% of deaf persons are infected with HIV/AIDS, four times the rate for the African American population.12
• Adults with disabilities are three times more likely to commit suicide than peers without disabilities. 12
• African Americans with severe mental health disabilities are less likely than whites to access mental health services, more likely to drop out of treatment, more likely to receive poor-quality care and more likely to be dissatisfied with care.13
• Asian Americans and Hispanics are less than half as likely as whites to receive mental health treatment.14
• 15% of people with disabilities report not seeing a doctor due to cost in comparison to 6% of the general population. 10

“Compared with non-Hispanic whites, other racial and ethnic groups (are) less likely to receive annual dental  examinations. There are significant disparities for people with disabilities in receipt of (dental) examinations, delays in obtaining needed care, and being unable to obtain needed care. The combination of disability status and  membership in an underserved racial or ethnic group was associated with a greater magnitude of disparity… especially for American Indians, Alaska Native and multiracial adults with disabilities.” 3 (emphasis added)

DISPARITIES AND WHAMMIES
No matter how we name it or spell it, the reality is that individuals with disabilities, be they residents of the United States or other countries, young or old, male or female, and members of minority racial or ethnic groups (as perceived in the respective country) are confronted by the modern day rendition of the biblical The Four Horsemen of the Apocalypse [Conquest, War, Famine and Death] (as described in the last book of the New Testament of the Bible). Today we refer to the “four horsemen” as: 1) Prohibitive costs, 2) Limited availability of services, 3) Physical barriers and 4) Inadequate skills and knowledge of health providers.

That was then; this is now! The Agency for Healthcare Research and Quality indicated in its 2014 report on Disparities in Healthcare Quality Among Racial and Ethnic Groups that, “despite improvements, differences persist in health care quality among racial and ethnic minority groups.” 16
• “Disparities in quality of care are common…
• Disparities in access are also common, especially among Hispanics and poor people. Racial and ethnic minorities are more likely than non-Hispanic whites to be poor or near poor… In addition, Hispanics, blacks and some Asian subgroups are less likely than non-Hispanic whites to have a high-school education…
• Few disparities in quality of care are getting better.” 16 (emphasis added)

Decades have passed since persons with disabilities were hidden in state institutions and in the back room of homes as though they were modern day reincarnations of medieval plagues. Isn’t it about time we recognized that the many minority groups of individuals with disabilities deserve better than a double whammy + 1? •