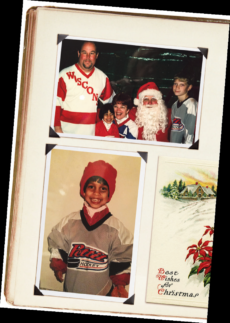 BY PEG GRAFWALLNER, M.ED. Yes, VIRGINIA, there is a Santa Claus. He exists as certainly as love and generosity and devotion exist, and you know that they abound and give to your life its highest beauty and joy. Alas! How dreary would be the world if there were no Santa Claus. It would be as dreary as if there were no VIRGINIAS. There would be no childlike faith then, no poetry, no romance to make […] 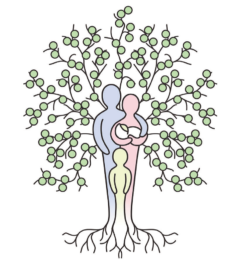 Much like Kathleen did, families have the ability to trace their family health history. The tree can include everything from information on heredity, diet, work, activities and environment. GENETIC ALLIANCE BY BY CLAIRE MENA Dr. Kathleen Mimnagh, MD was doing a pediatric genetics rotation in medical school when a geneticist noticed her hand as she inserted an IV. He asked her to do a maneuver that stretched her thumb across her palm. Kathleen’s thumb, unlike […] 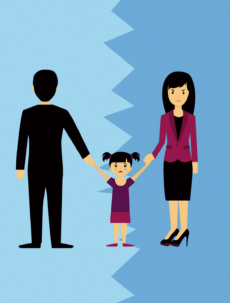 BY MINDY STANNARD Going through a divorce can be a stressful and trying time for any parent. Parents of a child with disabilities or special needs often face additional challenges when going through a divorce. Even an amicable divorce can include many complicated issues when the parents have a child with special needs. Issues relating to decision-making, a parenting schedule, child support, alimony and division of debts and assets are especially important in cases where […]

AMERICAN ACADEMY OF DEVELOPMENTAL MEDICINE & DENTISTRY BY H. BARRY WALDMAN DDS, MPH, PHD, STEVEN P. PERLMAN DDS, MSCD, DHL (HON) AND MATTHEW COOKE, DDS, MD, MPH “During the 1980 Olympic games in Moscow, a Western journalist inquired whether the Soviet Union would participate in the first Paralympic games, scheduled to take place in Great Britain later that year. The reply from a Soviet representative was swift, firm, and puzzling: “There are no invalids in […] 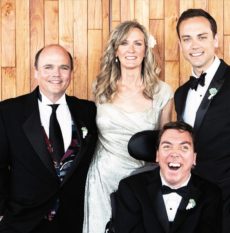 For Exceptional Parent magazine’s 2016 Family, Community and the Holidays issue, the Chambers family—Dr. Hank, Jill, sean and Dr. reid—share their experiences, views and words of wisdom with other families touched by special needs. It is a privilege to be a part of this interview with the wonderful Chambers family for Exceptional Parent magazine’s latest Family & Community issue. I have known my friends, Hank Chambers, MD and Jill Chambers, for over 20 years and […]