Each year, about 6,000 American children are born with Down syndrome (DS), the most common chromosomal alteration. Adults with DS are at very high risk for developing Alzheimer’s disease (AD). Virtually all adults with DS have brain changes consistent with AD by age 40, and a high percentage of them go on to develop dementia by their late 60s. But there is wide variation in age at dementia symptom onset, which suggests there are additional […]

Police officers in Utah will undergo mandatory training to learn how better to interact with people on the autism spectrum — the result of legislation that passed in March and took effect this month. The new law requires all police officers in Utah have “training in intervention responses to autism spectrum disorder and other mental illnesses.” State Rep. Steve Eliason told ABC News that he introduced the bill, in part, after a teen with autism […]

Prior to COVID-19, communication via the internet was already a regular feature of everyday interactions for most people, including those on the autism spectrum. Various studies have shown how autistic people use information and communication technology (ICT) since the early 2000s, some finding that autistic people may prefer to communicate using the internet instead of in-person. However, no systematic review has been conducted to summarize these findings. To understand what has been discovered so far, […] 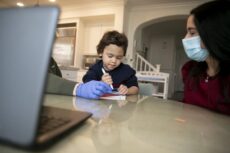 One year after schools shuttered, the fears of many parents of California’s special-needs students have been realized. Many of those students — whose disabilities can range from autism to deafness, and most of whom have gone more than a year without in-person services such as speech therapy — appear to have regressed physically and academically. “No one is publicly saying, ‘Hey guys, all hands on deck, we need to rally around these kids, we can’t let them fail,’” said […] 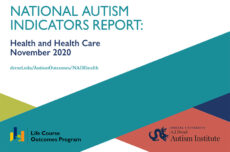 People on the autism spectrum face barriers to comprehensive care that may cause their health and quality of life to be worse than that of their peers. While some people may be predisposed to worse health, preventive services and comprehensive health care can go a long way in improving the trajectory of health throughout their lives. In the recently published sixth report in the National Autism Indicators Report series, researchers from Drexel University’s A.J. Drexel […]