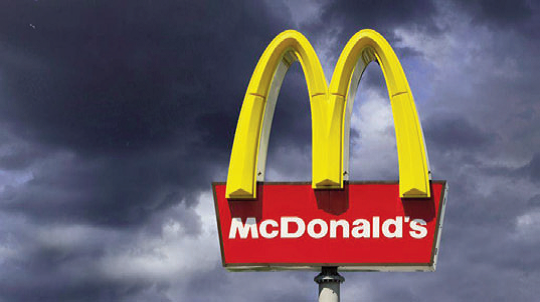 In its complaint, the EEOC claimed that the restaurant’s violations were intentional and were done with malice or reckless indifference to Ricky Washington’s federally protected rights.

If your business employs 15 or more workers you’ll violate the Americans with Disabilities Act (ADA) if you refuse to hire a job applicant who is deaf, but is otherwise qualified for the job, and hiring him or her would not cause undue hardship to business operations. The ADA will also be violated if you fail to accommodate a deaf applicant by denying his request for a sign language interpreter during the interview process.

These violations of the law are exactly what happened to Ricky Washington, who is unable to hear or speak. When he applied online for a job at a McDonald’s restaurant in Belton, Missouri in 2012, he indicated on his job application that he had attended Kansas School for the Deaf. Washington also disclosed on the application that he had previous job experience working as a cook and clean-up team member at a McDonald’s restaurant in Louisiana in 2009. The restaurant gave his application a score of “green,” which meant a candidate with this profile tends to display strength in many of the skills necessary for a crew member job and “is very likely to be successful” in that position. Washington’s application was then sent to the restaurant’s hiring manager.

When the manager learned Washington needed a sign language interpreter for his job interview, she canceled and never rescheduled it, despite being aware that Washington’s sister had volunteered to act as the interpreter. The restaurant continued to interview and hire new workers after Washington made a number of attempts to reschedule an interview.

EEOC FILES SUIT
Charging that McDonald’s violated federal law by refusing to accommodate and hire a deaf applicant, the Equal Employment Opportunity Commission filed a lawsuit against the fast food giant (EEOC v. McDonald’s Corporation, et al) in U.S. District Court for the Western District of Missouri. It did so after first attempting to reach a  pre-litigation settlement through its conciliation process. The suit names McDonald’s Corporation and the McDonald’s Restaurants of Missouri as defendants and seeks back pay, compensatory and punitive damages, and injunctive relief, including training for all McDonald’s managers on accommodations for applicants with disabilities, particularly those who are deaf.

THE AMERICANS WITH DISABILITIES ACT
Under Section 102 of the ADA, unlawful discrimination against an individual on the basis of disability includes not making reasonable accommodations to the known physical or mental limitations of an otherwise qualified individual with a disability who is an applicant or employee, unless the employer can demonstrate that the accommodation would impose an undue hardship on the operation of its business. Section 102 also provides that unlawful discrimination includes denying employment opportunities to a job applicant or employee who is an otherwise qualified individual with a disability if the denial is based on the employer’s need to make reasonable accommodation to the physical or mental impairments of the employee or applicant.

In its complaint, the EEOC claimed that the restaurant’s violations were intentional and were done with malice or reckless indifference to Washington’s federally protected rights. In addition to other remedies, the EEOC asked the court to impose on McDonald’s both compensatory and punitive damages.•

LIVING WITH A DISABILITY
This column has a simple purpose, but a difficult goal: discuss issues that affect the lives, well being and state of mind of those who must live and cope with a disability and do so in a humorous way whenever possible. This isn’t an easy thing to do, since there’s certainly nothing funny or humorous about being disabled, or in the difficulties and obstacles that those with chronic disabilities encounter daily. However, I’ve personally found that humor has to a great extent helped me cope with my disability (I’ve had Multiple Sclerosis for 45 years and use a wheelchair), and I hope this column helps others in the disability community do so as well.