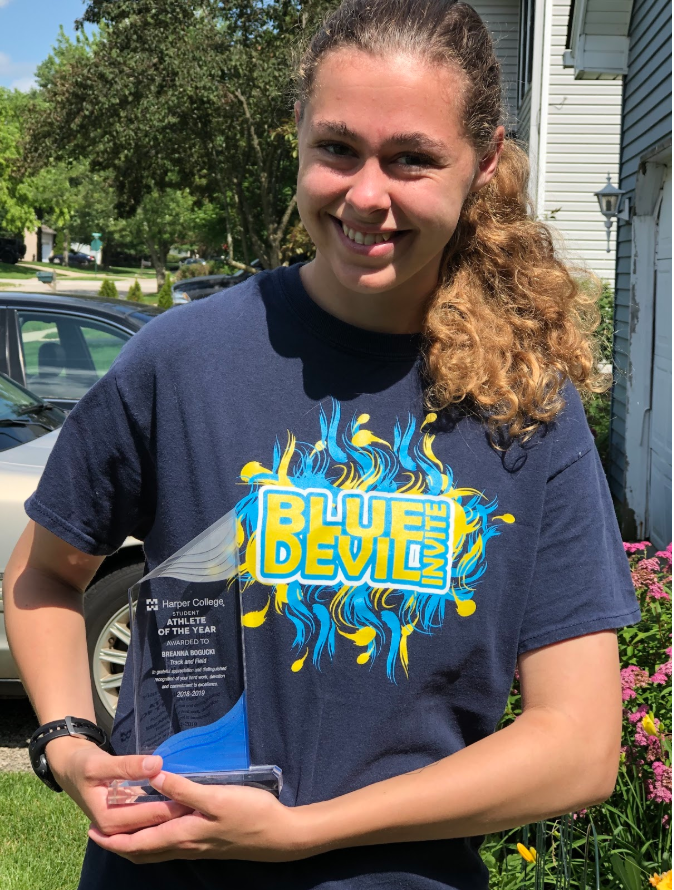 In 2003, our family received two diagnoses, just weeks a part. The first was for our youngest daughter, Bree (then age 5), the diagnosis was an Autism Spectrum Disorder. The second diagnosis was for my middle daughter, Kailey (then age 8) and it was ADHD. Neither diagnosis was a surprise, because our girls had been struggling for years and we were working not only with the school district, but many different physicians on obtaining the correct diagnosis for each of them.

Today, I write about hope and the ability to overcome life’s challenges. I write of determination and success after years of tears and struggles.  I share my daughters’ stories with their permission, in hopes of offering hope. Hope that those struggling can find a light at the end of the tunnel. Hope that those who don’t understand the challenges will begin to learn these challenges are real and not excuses. With the right supports, these challenges can be overcome and our children can be successful.

I begin with Bree who found a way to overcome her challenges through sports. We wanted to give her the opportunity to find success, a sense of belonging and the ability to be like her peers. We found Special Olympics through Northern Illinois Special Recreation Association (NISRA) and her world exploded. For the past 14 years, she has participated in multiple sports.  When her peers were running off to different sports practices, so was Bree. Having the opportunity to participate in sports made her feel confident, important and just like everyone else. One of Bree’s hardest struggles in life was feeling like she didn’t fit in or belong. She always knew she was different and often felt she wasn’t good enough. She struggled academically, needing a one-on-one aide for 9 years. She struggled socially in making and maintaining friendships and she struggled in finding the right school or extracurricular program where her abilities and talents were valued.

Bree not only had Autism, she also had sensory integration disorder. One of her senses affected was her vestibular sense. The vestibular sense is the leading contribution to the sense of balance and spatial orientation for the purpose of coordinating movement with balance.

For years Bree struggled with movement and balance issues. As an infant any movement caused her distress. She hated riding in cars or swinging on swings and often tripped and fell. She didn’t crawl until after her first birthday and she did not walk until she was 2 years old. Even with therapy (began at age 3 ½), she was not able to ride a two-wheel bike until she was 12 years old. Bree learned to challenge herself and through Special Olympics she was able to learn new skills and overcome these struggles in a judgement-free environment where she was accepted. In Special Olympics she experienced success which encouraged her to try new sports. It gave her the needed confidence to allow her to attempt school sports. When she made the decision to join a school sport, she chose Track and Cross Country. It was her Sophomore year of high school and she had never participated in an organized running program. Actually, Bree hated running and had acquired many mandatory PE cardio days because of her poor performance in the mile run. What we found was amazing coaches along the way, beginning with the Cary Grove High School coaches. She had coaches who saw her ability and not her disability. She was blessed to find more amazing coaches and running programs at Harper College and now Tennessee Wesleyan University. It is amazing what can happen when you have support. When people believe in you and your abilities, incredibly you begin to believe in yourself.

The support and encouragement of her coaches gave Bree the determination to succeed and this past Spring, she was named the 2018-2019 Harper College Female Athlete of the Year! To read the announcement: Click here!   Fourteen years ago, when we signed her up for Special Olympics sports we had no idea what it could lead to. Never did we believe she would find the success she has, both inside and outside of Special Olympics! To be honest we never thought she would be involved in sports at the high school and definitely not at the college level.

Part 2 will share how my middle daughter, Kailey went from a struggling student to a Special Education teacher and what her challenges and struggles have taught her.