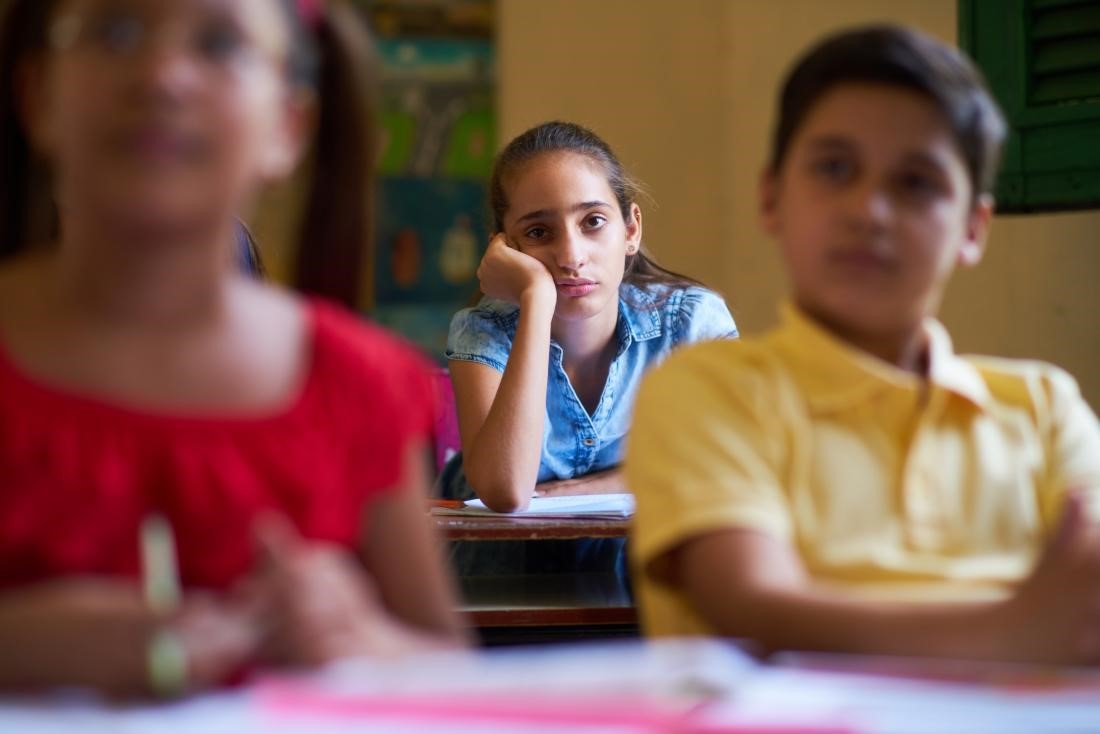 My brother Michael leaves the best voicemails, is a great traveling companion and does a spot-on impression of our late grandmother. Michael is also on the autism spectrum, and has been my life’s best reference for loving someone who is neuroatypical.

Because he lives 1,000 miles away, though, my kids barely know him. We don’t visit Ohio, where Michael lives with my parents, frequently. My kids, who are 10 and 8, are missing out on getting to know a remarkable human being, and Michael only gets to be “Uncle Mikey” in a limited capacity.

I feel like I’m dropping the ball. As the sister of someone on the spectrum, my life has been enriched tenfold by understanding and embracing neurodiversity. I am more apt to notice that the texture of clothes or the volume in a room may bother Michael, or to take note of an oddball character in a movie that he would love. My husband is a mental health counselor and we share a deep appreciation for the gifts that neurodiversity offers, including a hypersensitivity to sights, smells, sounds or textures. But neither of us feels we are doing all that we can to impart this compassion and appreciation in our neurotypical kids.

Building a relationship with someone on the spectrum can require more patience and understanding than establishing ties with a neurotypical peer. Social situations may require special engineering, such as strict adherence to a schedule or an awareness of sensitivity to light and sound. I reached out to parents and specialists to ask how our family could be better advocates and community members in neurodiverse world. Here is what they shared.

We can plan ahead and communicate. I have not thrown many birthday parties for my kids because the idea makes me sweat. But I’m starting to realize that I need to model being a gracious host so that my kids can follow suit.

Bridget Dujardin, an occupational therapist and founder of Boston Sensory Solutions, offered some ideas for how my neurotypical children and I can help families for whom social situations are hard. “If several guests at the party take turns buddying up for 20-minute blocks and try to include a child who is on the spectrum, it’s a win-win, because typically developing kids need to learn to interact with people with differences, too,” she says.

Mary Piper, of Delmont, Penn., laughs when she remembers taking her son Franklin, 6, who has autism, to a birthday party at an indoor jump park. Piper said Franklin was more interested in checking out the vending machines than participating in the designated activities. “The concept of ‘stay with the party’ — stuff we all take for granted — are things we need to teach them step by step.”

Something as simple as giving a loose schedule to the guests, so they know what to expect, can help ease stress for kids with autism, and their parents.

We can overcome our discomfort with friendliness. Mindi Welton-Mitchell, a pastor in Seattle whose son A.J. has autism, says teaching kids not to be fearful of differences is an important part of socialization. “We have a culture where we fear The Other, so we have a culture where kids make fun or are just afraid to engage. Getting away from the fear is a huge step toward inclusion,” says Welton-Mitchell.

Welton-Mitchell says she appreciates A.J.’s elementary school for this reason. “The staff and teachers all model inclusivity. They all make an effort to know A.J.’s name and say hi to him.”

Welton-Mitchell describes one student who goes out of her way to greet A.J. and try to get a response. “If he ignores her, she’ll keep trying. She doesn’t get upset. She just says, ‘Okay, I’ll try again later,’” Welton-Mitchell says. “That’s the big thing, when other kids get scared, there’s at least one child who is in his [general education] class who is not afraid.”

In my family, we’ve got work to do. I often assume people want to be left alone. I sometimes hesitate to stop and say hello to someone I know at the grocery store for fear of bothering them. If I’m not modeling casual friendliness with neurotypical people, how can I expect my kids to do it with their neuroatypical peers?

We can extend the invite … and the Valentine. A 2015 study by the Simons Simplex Collection found that 32 percent of parents with at least one child on the autism spectrum said other people excluded them from social events and activities.

“I want other parents to understand our situation is different, and that it may be harder for us at times to participate in in parent groups, but it’s still important to be included,” says Welton-Mitchell. “That our experience is valid. Sometimes we’re excluded unintentionally, or for whatever reason, it just sometimes happens.”

To this end, Welton-Mitchell told me a story that is going to change the way our family distributes Christmas cards and Valentines. “Because A.J. is only in the Gen Ed class part of the day, he was not included on the class list. So A.J. didn’t receive any Valentines last year,” she says. “And it’s not that it mattered to him, but I think it’s important for other kids to recognize that he’s a part of their class community.”

It seemed too easy, and yet it’s just as easy to overlook. I had never asked my kids if there were children in their classes who sometimes rotated out for special education classes. But from now on, when a class list is distributed, I will make sure to ask if every child’s name is included.

We can learn their jam. I think every parent loves when someone takes an interest in their kid. In my case, if you can abide my son’s encyclopedic interest in Pokemon, you are both of our best friends. Similarly, Piper’s son Franklin has a captive interest in mechanics. “We’ll go to the most beautiful art museum, and Franklin will ask the guards about the elevator and what kind of alarm system they have.”

Piper has seen this interest open up new opportunities for social interaction. When there was a fire alarm being inspected at his school, for example, Franklin was summoned. “His principal let Franklin talk to the repairman about it,” she says.

This is friendship building 101. You find out someone’s interests and engage them in conversations on those subjects. Sometimes, that common ground can be enough to establish a connection.

“In my practice, kids often like dinosaurs or Minecraft,” says Dujardin. “If we can involve them in that activity, that kids of all different abilities like and are skilled at, that tends to focus them on the activity, instead of their differences.

“Just because a kid is on the spectrum, doesn’t mean he can’t be a friend and that he doesn’t bring something to the table.”

Kendra Stanton Lee is a freelance writer based in Milton, Mass. Find her online at kendrastantonlee.com, and on Twitter @kendraspondence.