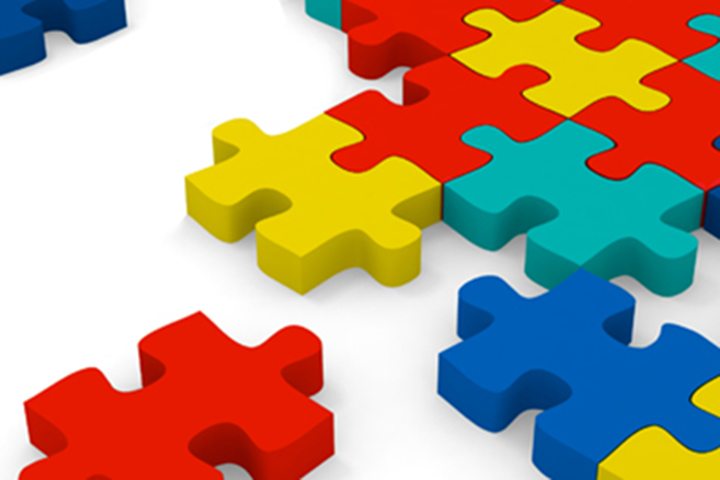 He’s obnoxious but handsome, rude but brilliant, socially inappropriate and embarrassing and infuriating but always the smartest person in the room. His colleagues might not like him, but they know he has a heart of gold and make excuses for him. The boss would love to fire him but realizes he’s much too valuable to let go.

He — and sometimes she — is that staple of scripted television, the protagonist on the spectrum. From House to The Mentalist to Monk to Bones to Star Trek and, of course, every incarnation of Sherlock Holmes, television has produced heroes who embody several, sometimes many, traits on the autistic spectrum. One character, Sheldon Cooper of The Big Bang Theory, is like a walking textbook of Asperger’s syndrome traits.

When I first started writing about my son’s autism in 1997, I wondered whether or not I needed to define terms like “autism” and “OCD” for the reader. Were they part of the common reader vocabulary? Wasn’t autism rare? When my son was diagnosed, a psychologist friend estimated that there couldn’t be more than a handful of autistic children in the Chicago area. But when I started writing, I quickly learned otherwise; so many families were, like mine, grappling with a staggering rise in the incidence of autism. The rate was said to be one in 10,000 in the 1980s, when Walker was young, but had risen to one in 500 by the late 1990s. It is now estimated to be one in 68 births, according to the Centers for Disease Control and Prevention.

However much experts parse these numbers, the word autism itself is now part of our common vocabulary.

The rise of the protagonist on the spectrum has kept pace with this growth in awareness. Sherlock Holmes is the quintessential example. For most of the time after his creation by Sir Arthur Conan Doyle in 1887, he was an eccentric superhero. His personal psychology wasn’t parsed as it is today: What is his sexuality? Is he autistic? Is he emotionally damaged?

He was simply superior. He was cool.

Today Holmes’ character has an autism-like component that only adds to his mystique: He and the other pop heroes with a similar profile share stunning mentalities along with endearingly obsessive qualities. Medical research and, more significantly, conventional wisdom now recognize that people with autism might be intelligent or even extraordinarily so. I’ve more than once heard acquaintances say casually, “Oh, yes, he’s so smart he’s almost autistic.” In the world of television and movies, there is definitely a kind of “autism chic” — personal trouble with socialization that only adds to the glamour of the character.

Autism chic is, in one way, a very good thing. It entertainingly teaches the viewer empathy: Friends and colleagues of the hero see through the wall of eccentricity the character puts up because they sense the beating heart behind. They are forgiving and tolerant despite the hero’s regular rudeness. They know he needs friends even when he seems to be pushing people away. In this sense, autism chic is a small step toward understanding the world of autism.

But in another sense, it’s a distorting image of autistic people generally. Yes, these TV characters and my son are “on the autistic spectrum” — but — what a spectrum it is! Like millions of others, Walker is on the so-called “low-functioning” end. Because Sheldon Cooper and Sherlock Holmes et al. converse and support themselves, went to college and have occasional comically enhanced dates, they are good fodder for scriptwriters.

My son doesn’t have this kind of TV potential. All these characters can tell a doctor where it hurts. They can say “stop doing that” to someone hurting them. They can walk to the drugstore, select a toothpaste, pay with a credit card and return home without getting hit by a car or losing their wallets. They can chat with people about baseball, play cards, ride a bike. They can connect with others by exhibiting a special skill, a savant-like ability others find valuable or amazing.

My son, like many adults at the low end of the spectrum, cannot do any of these things. He’s a charming man with a warm personality and, for those who get to know him, a fun and rewarding friend. But Mr. Spock he’s not.

Instead, Walker needs a canny, well-funded, intensive support system. He needs society to recognize that his life can’t go forward without help, and help implies friendship, guidance, community and money. He needs people who like him and accept him on his own terms and are able to learn, like Holmes’ Dr. Watson, that a friend on the spectrum can be an excellent friend indeed.

Original article in the Northwestern

Robert Hughes ’72 MA, ’77 PhD of Chicago retired from teaching at City Colleges of Chicago in 2014. He has written two memoirs about his son, including Walker Finds a Way: Running into the Adult World with Autism (2016).