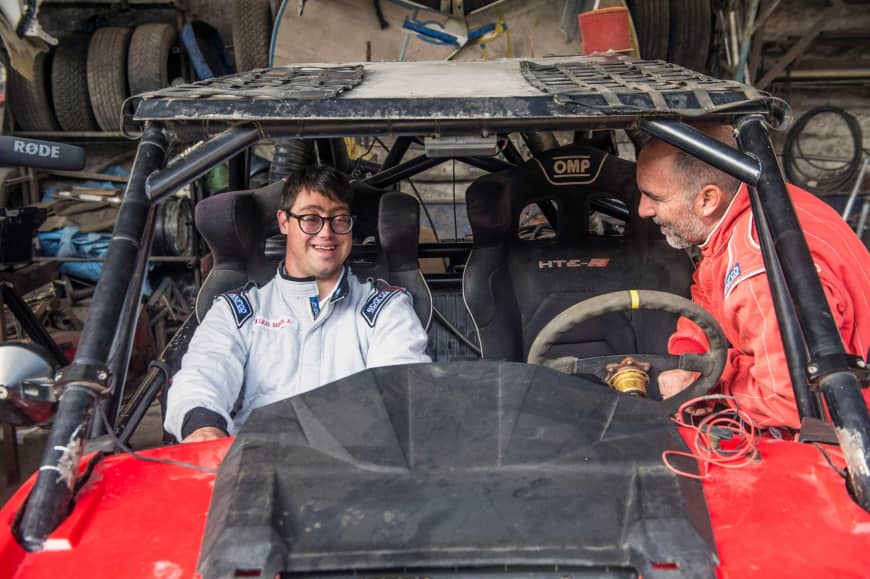 Lucas Barron will make history on Sunday when he lines up on the Dakar Rally starting line in Peru, becoming the first person with Down Syndrome to take part in the grueling race.

The 25-year-old, who will be co-pilot for his father Jacques, will tackle the world’s most demanding rally: a 5,000-km, 10-day marathon, 70 percent of which will be raced over sand.

“Our aim is to finish the race and achieve our goal,” a beaming Barron told AFP.

“This race is brilliant for me. It will be easy because we know the route.”

Barron, who has been training for a year and a half alongside his father, will ride on one of 500 vehicles taking part in the race.

He will compete in the UTV category for off-road four-wheel drive buggies, a class that was added for the first time in 2017.

Born in Lima, Barron has always been a keen sportsman despite his disability, taking part in swimming, football, cycling, surfing and water-skiing.

He said he’s “ready and able to overcome the desert dunes.”

A fan of both rock and hip hop music, Barron says he will provide important mechanical assistance to his father.

“I’m going to help him look at the engine, the road and the tyres,” said Barron.

He is familiar with the Peruvian terrain that will host the entirety of the Dakar rally this year after Argentina, Chile, Paraguay and Bolivia declined the opportunity due to austerity measures.

In September, he was co-pilot alongside his father in the Desafio Inca race that acted as preparation for the main event and took on the dunes of Ica, in the south of Peru.

Photo above: Jacques Barron (right) and his son and co-driver Lucas Barron are seen in December in Lima, where their car is being prepared to take part in the upcoming Dakar Rally. | AFP-JIJI