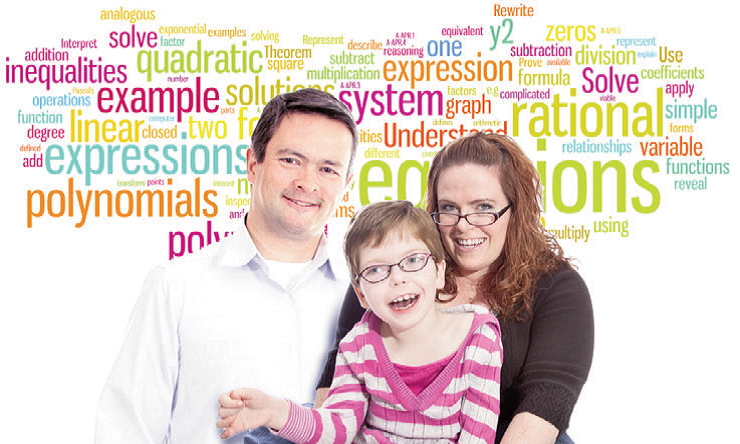 For most Exceptional Parents who have tried to play by the numbers in their attempt to secure the greatest opportunities for their children to succeed, the irrationality of “special needs algebra” continues to challenge them.

The Scottish comedian Billy Connolly nailed it when he said, “I don’t know why I should have to learn Algebra… I’m never likely to go there.”

He was right, “Algebra” is a place; and for most of us it wasn’t the nicest place. Many of us actually never got there. To make matters worse, Algebra wasn’t just a “place” it was a landmine that impacted on the journey.

Andrew Hacker, a political scientist (that’s the kind of scientist that doesn’t require any algebra) offered, “One out of five young Americans does not graduate from high school. This is one of the worst records in the developed world.  Why? The chief academic reason is they failed ninth grade algebra.” Wow, naming “Algebra” as a culprit for our country’s bleak academic performance is a powerful statement. And true to form, instead of trying to figure out how to improve the way we teach Algebra, we are now debating why we even need it.

The argument is that at most, only five percent of jobs make use of Algebra and other advanced math courses. The argument for fortifying Algebra in school is that Algebra teaches us all about relationships, and “relationships” are key to understanding our world.

Only 52 percent of the New York City students who took the State Regents exam in Algebra passed it — a failure rate (or pass rate) that reflects the entire country in regards to getting derailed by trying to figure out the value of something that has no value to most of the students who can’t navigate the most basic equations.

The word Algebra comes from the Arabic “al-jabar” meaning “reunion of broken parts.” This might be the only thing that makes sense to many students of Algebra since they view the entire discipline as being broken without a clue as to how to reassemble it. They struggle with formulas, equations, inverses, values, constants, variables and head scratching.

I don’t know why they are resistant to learning Algebra. Heck, how can you expect to solve the “Hodge conjecture” without it? The Hodge conjecture is a major unsolved problem in the field of algebraic geometry that relates the algebraic topology of a non-singular complex algebraic variety and the sub-varieties of that variety. More specifically, the conjecture says that certain de Rham cohomology classes are algebraic; that is, they are sums of Poincare duals of the homology classes of sub-varieties. Although the next time a ninth grader asks you why they should study Algebra, I wouldn’t suggest you even mention Hodge.

To those students who are unable to relate to x’s, y’s and z’s, you can always show them how algebra can be used to solve everyday problems. For example: There are 50 coins in five bags. The first and the second bags contain between them 27 coins. The second and the third bags contain 21 coins. The third and fourth bags contain 17 coins. The fourth and fifth bags contain 16 coins. How many coins are there in each bag? It’s amazing to think about the “everyday” lives of mathematicians.

One branch of Algebra is that of “radical equations.”

If you recall, solving radical equations requires applying the rules of exponents and following some basic algebraic principles.

In some cases, it also requires looking out for errors generated by raising unknown quantities to an even power.

For most of their lifetimes, Exceptional Parents have struggled with “radical equations.” For example, if you have two children, one with a disability and one without, what is the “value” of having one in a mainstream school and one in a segregated school?

If you have “one” child with cerebral palsy who just turned “21” how many dentists do you have to appeal to before you find “one” willing to treat him?

If you have a “nine” year-old child with spina bifida and have been denied acquiring a “tilt in space” wheelchair, what are the “polynomials” that would be required to express the functional “value” of that device to the insurance company’s “eight” person appeals board before you grab a fraction of their throats at the next appeals meeting? It would be appropriate to use irrational numbers in figuring this out.

For most Exceptional Parents who have tried to play by the numbers in their attempt to secure the greatest opportunities for their children to succeed, the irrationality of “special needs algebra” continues to challenge them.

Cokie Roberts said it best, “As long as algebra is taught in school, there will be prayer in school.”•