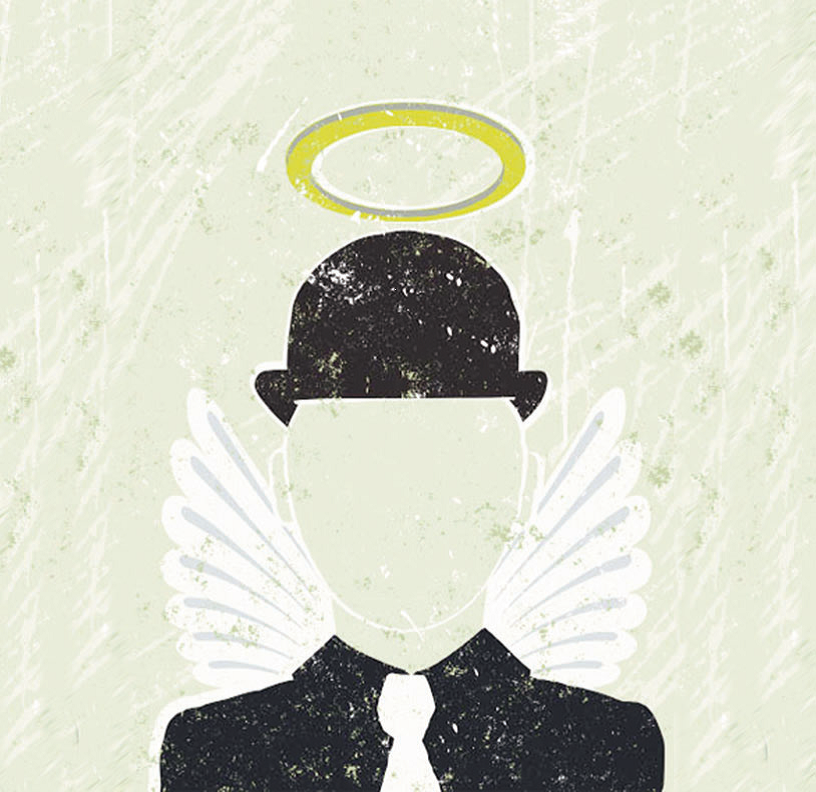 These heroes are living proof of the saying, “It is better to try and fail, than to fail to try.”

Hope is the feeling that what is wanted can be had or that events will turn out for the best.1

Aspiration is a strong desire, longing or ambition.1 Hope and aspirations are the twin pillars which maintain the drive of the parents of the more than three million U.S. children (less than 18 years) with severe disabilities and their families. Among children five to 17 years: 340,000 have hearing difficulties; 431,000 have vision difficulties; 2,154,000 have cognitive difficulties; 340,500 have ambulatory difficulties; 517,000 have self-care difficulties. Note: individual children may have more than one difficulty. 2

Emphasizing the enormity of these numbers could provide the families with the emotional support that they are not alone in their ongoing struggle to ensure the future of their youngsters with disabilities. Nevertheless, there are times even when the most caring and dedicated parents (and the children themselves) tire, become frustrated and envision poor satisfactory future outcomes; particularly as parents age, finances are limited and their other children embark on their own future with reluctance to assume a major role to supervise the care for their sibling with disabilities.

Reassurance is essential at these times that opportunities increasingly will exist for their youngster(s) with disabilities. It is not that long ago when individuals with disabilities “did not exist” or at least it seemed that way. Many were institutionalized or kept in some “back-room” of a private residence; seldom if ever seen on streets, in schools, on the movie screen or on public transportation. Laws and cultural change have transformed the societal landscape with youngsters and adults with single and multiple disabilities so that they are now present in our classrooms (ranging from elementary schools to college levels), in the workplace and the general community scene. To some extent, the “recognition” of the increasing numbers of elderly with high rates of disabilities has promoted widespread efforts to accommodate the needs of all individuals with special needs by modifying street curbs, reserving parking spots, accommodating restaurants facilities, outfitting vacation areas and just about any other setting to accept an increasing proportion of the older and younger populations with disabilities.

ROLE MODELS
Our “sense of achievement” culture is reinforced by an extended series of uplifting role models, ranging from Horatio Alger’s rags to riches stories, the Charles Dickens’ stories where the protagonist always seems to overcome insurmountable odds by the final paragraph; even Mozart’s Magic Flute and the annual flood of Tchaikovsky’s Nutcracker Ballet end in gratification. So, too, are our aspirations to follow in the footsteps of individuals we respect and admire as role models.

A role model is a person whose behavior, example, or success is, or can be emulated by others, especially by younger people.1 The term “role model” is credited to sociologist Robert K. Merton, who coined the phrase during his career. Merton hypothesized that individuals compare themselves with reference groups of people who occupy the role to which the individual aspires. 3

Role models are not necessarily Hollywood stars, baseball long ball hitters, golf and tennis heroes or even multi-billionaires. They may be young and not so young men and women who have overcome unbelievable difficulties and succeeded in their particular life career. A very special web site (Famous People with Disabilities 4) details scores of these heroes. A partial listing, by particular disability limitations, must surely inspire others.

DYSLEXIA is a specific learning disability that manifests primarily as a difficulty with written language, particularly with reading and spelling.
Agatha Christie: She was the world’s bestselling book writer of all times; only truly surpassed by the Bible and equaled by Shakespeare, her books have sold approximately four billion copies worldwide.
Albert Einstein: One of the most important great minds of his century was known to suffer from dyslexia mainly because of his bad memory and his constant failure to memorize the simplest of things.
Alexander Graham Bell: Well known as the inventor of the telephone, had dyslexia which would cause him problems at school, but he always kept his interest for science, especially biology.
Cher: Due to dyslexia, Cher decided she would quit school and try to take some acting lessons in Los Angeles to finally do what she loved.
George Burns: An Academy Award-winning actor and comedian, George Burns was a man filled with joy. Dyslexia never kept him from being who he was, a legend who had one of the longest careers in American show business history.
Magic Johnson: Johnson is acknowledged as one of the most popular NBA basketball players of all time. In the words of Magic Johnson: “I wanted to show everybody that I could do better and also that I could read.”

EPILEPSY is a common chronic neurological disorder that is characterized by recurrent unprovoked seizures. These seizures are transient signs and/or symptoms due to abnormal, excessive or synchronous neuronal activity in the brain.
Charles Dickens: The foremost English novelist of the Victorian era, as well as a vigorous social campaigner. The Victorian author of several classic books had epilepsy, as did several of the characters in his books. Through some characters in his novels, Charles Dickens recorded observations on the nature of epileptic seizures, their causes and provocation, and their consequences.
Danny Glover: A great actor suffered dyslexia at school when he was younger and the school staff would label him “retarded.” Danny Glover also had epilepsy and at an appearance told how he had developed epilepsy at the age of 15, and in one cross-country trip with his family had experienced six seizures in a row.
Theodore Roosevelt: The 26th President of the U.S. Roosevelt was a soldier, historian, explorer, naturalist, author, and Governor of New York, later becoming the President of the United States at the age of 42 years old. He was subject to epileptic seizures, his eyesight was bad, and he also suffered from asthma.
Truman Capote: American writer whose stories, novels, plays, and non-fiction are recognized literary classics. He “induced epilepsy himself by abusing his nervous system with drugs and booze.”
Richard Burton: At one time the highest paid Hollywood actor, Richard was well known for his distinctive voice. He was affected all his life by epilepsy.

CEREBRAL PALSY is a general term describing a group of chronic non-progressive neurological symptoms which cause impaired control of movement and which are evident in the first few years of life, usually before age three. The disorders are induced by damage or faulty development of the motor areas in the brain, disrupting the patient’s ability to control movement and posture.
Abbey Nicole Curran: Diagnosed with CP at age two, made history when she became the first
Miss USA contestant with a disability, representing Iowa in 2008. She founded the Miss You Can Do It Pageant for young girls with special needs.
Christy Brown: An Irish painter, poet and author born with a severe case of CP, for years he was incapable of any movement or speech until he gained control of his left foot. With the help of his mother he learned to speak, read, and write. He is most famous for his autobiography, My Left Foot, and being portrayed by Daniel Day-Lewis in the movie of the same name.
R.J. Mitte: Best known for his role as Walter “Flynn” White Jr., on the AMC television series Breaking Bad. He is a prominent voice in cerebral palsy awareness, serving as spokesman for actors with disabilities.
Geri Jewell: Award-winning actress, comedian, author, and motivational speaker who received national recognition for being the first person with CP to be cast in a prime time television series, starring in NBC’s The Facts of Life and HBO’s Deadwood.
Dan Keplinger: Featured in the Oscarwinning documentary short, King Gimp, He is an accomplished artist and motivational speaker. His art has been featured in several galleries across the country.

TOURETTE SYNDROME is an inherited neurological disorder with onset in childhood, characterized by the presence of multiple physical (motor) tics and at least one vocal (phonic) tic; these tics characteristically wax and wane.
Dan Aykroyd: He was diagnosed with Tourette’s and Asperger syndromes at an early age, but the symptoms seem to have disappeared when he was around 14 years old.
Tim Howard: The American soccer player plays as a goalkeeper for English club Everton and the United States national team.
Marc Summers: A popular TV host and entertainer, he had an obsessive-compulsive disorder and would do everything a certain way; anything else wouldn’t work.
Jim Eisenreich: This former major league baseball player utility player with a 15-year career played for the Minnesota Twins and Kansas City Royals of the American League, and the Philadelphia Phillies, Florida Marlins and Los Angeles Dodgers of the National League.
Michael Wolff: This American jazz pianist, composer, and actor serves on the Board of
Directors of the Tourette Syndrome Association (TSA), and is involved with mentoring children
with Tourette’s through the chapters of the TSA.

SPINA BIFIDA is a developmental birth defect involving the neural tube, incomplete closure of the embryonic neural tube results in an incompletely formed spinal cord.
Rene Kirby: An American film and television actor, Kirby used spina bifida to his advantage when he played his role in Shallow Hal. He was also in Stuck on you.
Judy Woodruff: She was Chief White House correspondent for NBC from 1977 to 1982, and covered Washington for The Today Show from 1982 to 1983.
Buddy Winnett: Horse Jockey and trainer; legally blind and has spina bifida.
Van Smith: A film maker and clothes designer whose work has appeared in movies and fashion establishments.
John Cougar Mellencamp: He is an American rock singer-songwriter.

USES A WHEELCHAIR: A wheeled mobility device in which the user sits, propelled either manually or via various automated systems. Wheelchairs are used by people for whom walking is difficult or impossible due to illness, injury, or disability. The earliest record of the wheelchair in England dates from the 1670s.
Itzhak Perlman: A violinist, conductor, and pedagogue, he is one of the most distinguished
violinists of the late 20th century. Perlman contracted polio at the age of four.
Stephen Hawking: Internationally renowned physicist with Amyotrophic lateral sclerosis (Lou Gehrig’s Disease) who has lived for more than 40 years with the disease.
Franklin Delano Roosevelt: The 32nd President of the United States contracted an illness, at the time believed to be polio, which resulted in Roosevelt’s total and permanent paralysis from the waist down. In 2003, a peer-reviewed study found that it was more likely that Roosevelt’s paralytic illness was actually Guillain-Barre syndrome, not poliomyelitis.
Teddy Pendergrass: A lead singer in a popular group was involved in an automobile accident which left him paralyzed from the waist down with a spinal cord injury. He returned to continue his singing career.
John Charles Hockenberry: A wellknown journalist and author who has won four Emmy Awards and three Peabody Awards. He sustained a spinal cord injury in a car crash at the age of 19, resulting in him being paralyzed from the chest down. 4 This seeming endless listing continues further for multiple disabling conditions and scores of men and women with the particular difficulties. Indeed, they are role models and heroes who are examples and living proof of the saying, “It is better to try and fail, than to fail to try.” •