Since schools closed in March, Deborah Tomai has sat alongside her son, a 9-year-old with Down syndrome, as he made gains in class, developed as a reader, and grasped concepts, such as regrouping, in math class. But she struggles to keep him focused and motivated during his remote-learning sessions. One day, she left him unsupervised in front of his computer to take a phone call. When she came back minutes later, he was in their […] 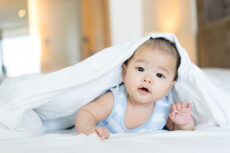 Approximately one in 700 babies is born with Down syndrome, making it the most common chromosomal condition in the United States. “People with Down syndrome have an extra copy of chromosome 21,” says Amy Houtrow, M.D., Ph.D., medical director of Children’s Hospital of Pittsburgh of UPMC’s Rehabilitation Institute and member of the American Academy of Pediatrics’ (AAP) Council on Children with Disabilities. This additional genetic material disrupts typical mental and physical development, and it may […] 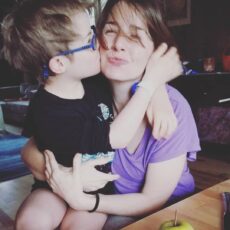 Online schooling has not gone well for Erin Croyle’s kids. Croyle and her husband have three children, ages 10, 7, and 5. Arlo is the oldest. He has Down’s Syndrome, ADHD and some hearing loss. “It’s kind of, just,” Croyle stops, let out a deep sigh and continues. “It’s, it’s awful,” she said. “And it’s not for a lack of the teachers doing an amazing job. And it’s not for a lack of everyone trying […]

Many parents, caregivers, and guardians face new and difficult choices about how their child will return to school in the fall, such as deciding between in-person and virtual learning. This tool is designed to help parents, caregivers, and guardians weigh the risks and benefits of available educational options to help them make decisions about sending their child back to school. It is organized to provide parents and caregivers with: Information on COVID-19 and why safely […]