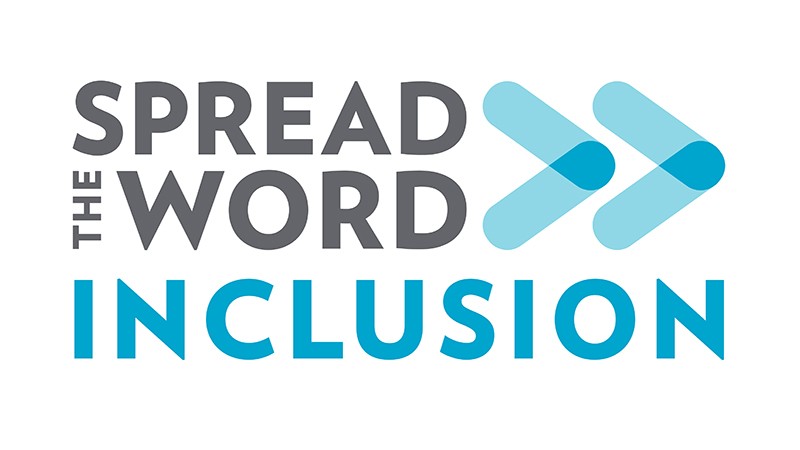 We think the world would be better if everyone were included. Around the world, exclusion and discrimination continue to divide people with and without intellectual and developmental disabilities. We are changing that with grassroots action for inclusion. That’s Spread the Word.

Spread the Word is a global engagement campaign to increase inclusion amongst people with and without and developmental disabilities through grassroots action. In schools, workplaces, and communities around the world, local leaders are taking a pledge to create socially inclusive places to learn, work, and live.

Founded by two youth leaders in 2009 as Spread the Word to End the Word, the campaign focused its first 10 years on addressing a particularly powerful form of exclusion: the word ‘retard(ed)’. Over 10 years, leaders and self-advocates collected millions of digital and physical pledges to end the R-word. Each of these pledges was a personal commitment to acknowledge the hurt caused by the R-word and to be respectful in the words and actions taken towards people with intellectual and developmental disabilities. With leadership from Special Olympics and Best Buddies and support from hundreds of other advocacy organizations, the campaign grew from a handful events in 2009 to reach thousands of schools by 2018.

In 2019, Spread the Word to End the Word became Spread the Word, with a focus not just on the elimination of a word but on the creation of a new reality: inclusion for all people with intellectual and developmental disabilities. The campaign remains committed to empowering grassroots leaders to change their communities, schools, and workplaces, now through a call to their peers to commit to taking action for inclusion. With this change, Spread the Word will give community leaders for inclusion around the world the tools the needed to create change in their local circumstances.

In 2009, this campaign was founded on the audacious belief that grassroots action could end the discrimination and exclusion faced by people with intellectual and developmental disabilities and replace it with inclusion. This remains our guiding principle. The first 10 years of Spread the Word to End the Word have only made us more confident in this belief. But they have also shown how much more work remains to be done.

Make your pledge and take your action for a more inclusive world. Join millions who have done the same. And spread the word.

To found out more or take the pledge for inclusion go to https://www.spreadtheword.global/