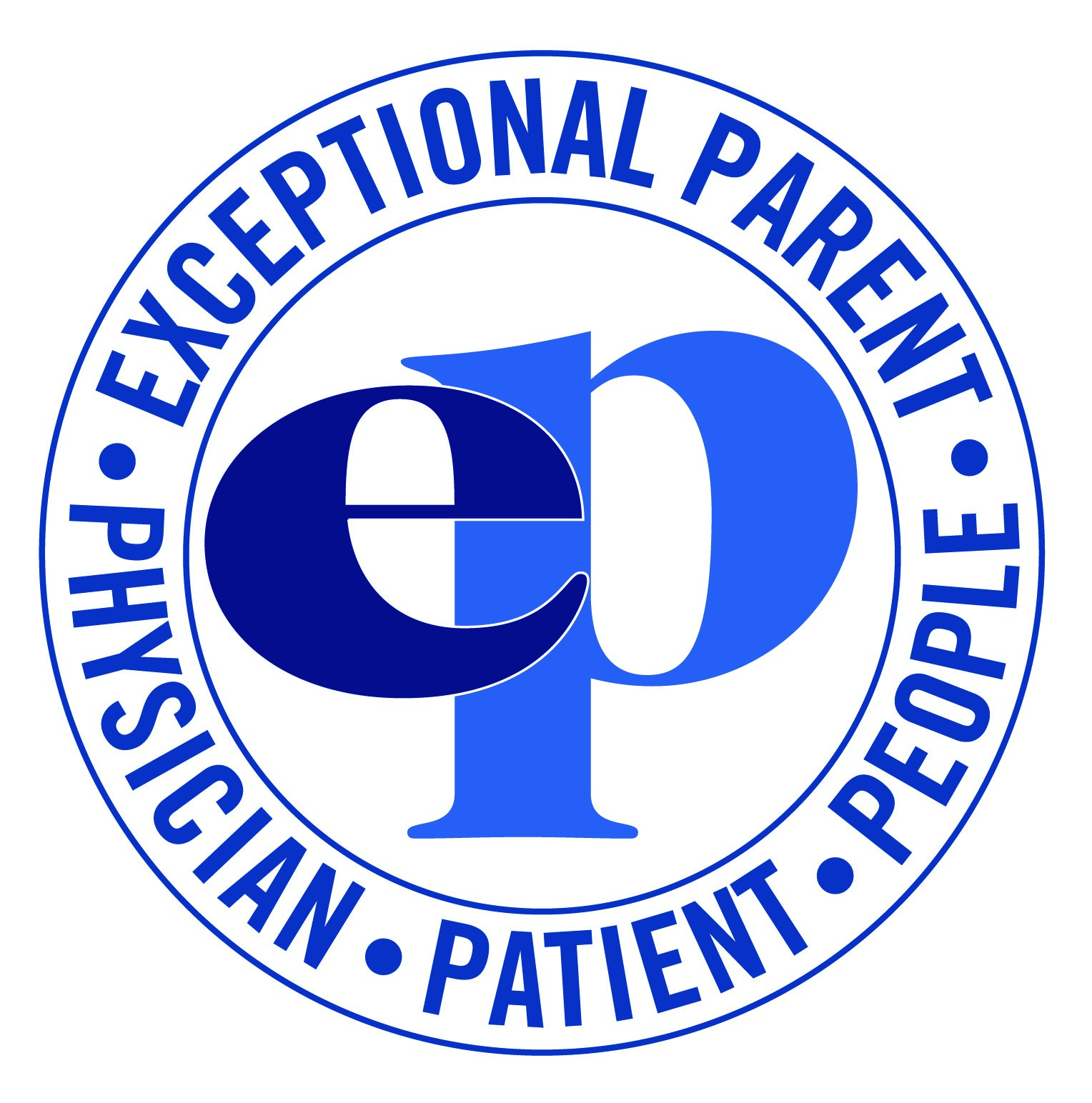 The room was crowded and the parents seemed to genuinely appreciate help with this emotionally charged topic.

This is Part 2 of the first article in a series of articles highlighting the roles, responsibilities and services of a Board Certified Behavior Analyst (BCBA).

Using the information gathered during my observations, my next task was to write up formal recommendations for the educational team so that they will be more successful with this student. These focused on how to structure teaching in the classroom across all class activity. I also made very clear that attempting to withhold attention or ignore him following problem behavior (often referred to by behavior analysts and teachers as extinction) should NOT be used in this case. Part of my assessment in the class was to determine the capacity of the teacher to withhold attention (ignore) if the child is off-task or disruptive. It was clear to me that the child would shift from low level disruptive behavior to a more problematic or dangerous behavior that the teacher could not safely ignore. This child (and most kids) will escalate their behavior when we withhold the kind of attention they are used to getting. The typical pattern is an escalation in behavior and eventually the child calms down and returns to following directions. In other cases the child may have a long and dangerous tantrum. Waiting for the tantrum to end before giving attention may be “correct” answer, but it is often impractical or impossible in many places (e.g., in a classroom or the community).

I find that “ignore” is often recommended by people who do not first determine the likelihood that the teacher can or will be able to resist the need to do something while the escalation is happening. I often like to say, that if the  intervention will not happen, it cannot work. Moreover, the recommendation to “simply ignore the behavior” does not tell you what to do. That is why more experienced behavior analysts tend to focus their teaching  recommendations on “what to do” rather than on “what not to do.” Once I finished writing up the recommendations, I scheduled a follow-up meeting, to go over the recommendations and to directly teach the teachers how to implement the procedures effectively. With this consultation completed, I then head to my office.

As behavior analysts we have requirements to review data on treatment effectiveness and make timely changes in programs where warranted. The agency I work for (and many others) established a process to ensure that more challenging cases have access to additional clinical support resources and appropriate levels of clinical monitoring. To do this we have developed what we call the Clinical Review Team (CRT). CRT reviews are mandated for cases involving issues such as: self-injury, serious aggression and cases where limited progress is being made or client safety is a concern. At today’s meeting, one of our staff (a BCBA) presented a case involving a child who is four years old who recently began receiving services. His parents reported that he has left the home on multiple occasions and that he does not have street safety skills. As a result of these concerns, the team had asked that the case be reviewed at CRT. The BCBA began with an overview of the issues and interventions implemented up to this point. The team then discussed the concerns and implication and eventually agreed to take the following actions: 1) Attempt to prevent exiting by implementing a number of steps to reduce/minimize the risk of the child exiting the home; 2) Begin the process to teach the child basic street safety skills so that the risks of injury should he exit would be reduced; 3) Create a response plan for searching for the child and communicating with local authorities if the child exits the home unsupervised. The details of all of these actions were captured in notes taken during the meeting which are then distributed to all members of the treatment team.

The next case was presented by another BCBA; his student had been engaging in high rates of self-injury and aggression, he had a behavior support plan in place for several months. The CRT team had reviewed this case last month and had requested that the BCBA conduct a new assessment (to clarify the function of the behavior). The BCBA was also asked to bring video and data (from the assessment) to the CRT team meeting. The BCBA began his presentation by reviewing the CRT team’s previous recommendations and then presented the videos and data to the team. These data clearly showed that some forms of physical contact (the holding and blocking that occurred as a response to self-injury and aggression) were reinforcing to the student. Additional data confirmed that the function of the self-injury and aggression was to obtain these forms of physical contact.

The BCBA then described how (as a result of these data), changes in were made in the behavior plan to do the following: 1) provide the student with frequent and regular access to these forms of physical contact as part of his daily schedule/routine; 2) Implement functional communication programming to teach the student to ask for these forms of preferred attention using adaptive rather than problem behavior; 3) Specify the response to self-injury and aggression to ensure that it is not as reinforcing as the forms of attention available in his functional communication programming. While he only had two weeks of implementation data, rates of self-injury and aggression had been decreasing steadily since the program began. The BCBA reported that for the first time in several months the client had gone a full week without engaging in any instances of aggression to others. The CRT team made several additional suggestions regarding specific communication programming and staff training on the procedures. Due to the nature of the problem the BCBA was asked to continue to submit data to the CRT team on a weekly basis until the team feels that the problem has been sufficiently resolved.

Once the case reviews were completed, it was time for me to complete the service notes and paperwork. I also reviewed the clinical reports for two students whose services are funded through private insurance. These cases require periodic formal review by a BCBA. The reports were well written, but I identified several areas where edits were needed. I emailed the report’s author to ask them questions regarding the child’s progress and about next steps in programming. Once these were complete, I took some time to review my email messages and respond to questions from staff, and families regarding services. I also made appointments to conduct observations of students and staff over the next two weeks.

My next order of business was to have a quick dinner and then head to the local library. Tonight I would be working late. Last month, I was asked by the local Parent Teacher Association (PTA) to do a talk tonight at a local library for parents. The topic was “Helping Your Child Eat New Foods”. This is a serious problem for parents of typical children as well as parents of children with ASD, so I knew it would be well attended. Eating/Feeding issues are often a tremendous source of anxiety for parents and problem behavior for children. I focused the majority of my talk on how to establish new routines of mealtime behavior rather than exclusively responding to bad mealtime behavior. Like I said earlier, it is easier to build a new routine that you like, than it is to spend every night reacting to what you don’t like. The room was crowded and the parents seemed to genuinely appreciate help with this emotionally charged topic.

My night ended with several parents coming up to talk after the presentation. Several of them thanked me for the talk and the ideas and asked specific question about their child. I answered as best as I could with the limited  information I had and suggested that they could call my office and discuss the issue in more detail. Then one Mom and dad came up to me and said, “Thank you for the presentation, we know that we can implement some of your suggestions and that these will make mealtime in our home less stressful for our family” thank you. I drove home feeling tired (it was a long day), but also feeling truly blessed to have a job where I know that what I do makes a difference in the lives of children and families every day. •

ABC: ALL BEHAVIOR COUNTS
Behavioral Education Assessment and Consultation Inc. (BEACON Services of Massachusetts and BEACON of Connecticut). Dr. Ross is also President Massachusetts Association for Behavior Analysis. He received his doctorate in educational leadership from Nova Southeastern University and his master’s in applied behavior analysis from Northeastern University. He is the codirector of the BCBA certification program at Cambridge College in Cambridge, Massachusetts. In addition to his teaching and research roles at BEACON, he consults with programs and works directly with individuals with autism and Asperger’s syndrome as part of his caseload responsibilities at BEACON. Dr. Ross has presented more than 100 applied research poster presentations, workshops, and symposia at ABAI conferences and authored several related articles.