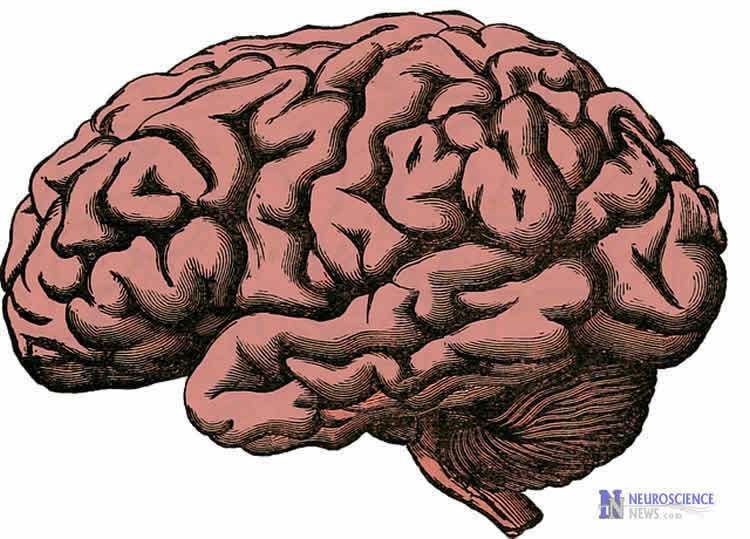 Summary: Researchers have successfully identified autism risk in young mice by examining their mother’s microbiome during pregnancy. The study, which may offer the earliest detection of autism, could pave the way to developing preventative measures against forms of autism by altering the maternal diet and probiotic intake.

The risk of developing autism-spectrum disorders is determined by the mother’s microbiome – the collection of microorganisms that naturally live inside us – during pregnancy, new research from the University of Virginia School of Medicine suggests. The work raises the possibility that preventing forms of autism could be as simple as an expectant mom modifying her diet or taking custom probiotics.

Further, the UVA scientists were able to use their discovery to prevent the development of autism-like neurodevelopmental disorders in lab mice. They found they could halt the development of such disorders by blocking a particular inflammatory molecule produced by the immune system. Targeting this molecule, interleukin-17a, offers another potential avenue for preventing autism in people, the researchers say. They caution, however, that this approach would be much more complex because of the risk of side effects.

“We determined that the microbiome is a key contributor in determining susceptibility [to autism-like disorders], so it suggests that you could target either the maternal microbiome or this inflammatory molecule, IL-17a,” said lead researcher John Lukens, PhD, of UVA’s Department of Neuroscience. “You could also use this [IL-17a] as a biomarker for early diagnosis.”

The groundbreaking work from Lukens and his colleagues sheds light on the complex relationship between the health of the mother’s microbiome and the healthy development of her children. “The microbiome can shape the developing brain in multiple ways,” explained Lukens, of UVA’s Center for Brain Immunology and Glia (BIG) and UVA’s Carter Immunology Center. “The microbiome is really important to the calibration of how the offspring’s immune system is going to respond to an infection or injury or stress.”

But an unhealthy microbiome in the mom can create problems: Lukens’ work shows that it can make her unborn offspring susceptible to neurodevelopmental disorders. The researchers found that the IL-17a molecule was a key contributor to the development of autism-like symptoms in lab mice.

The good news: The microbiome can be modified easily, either through diet, probiotic supplements or fecal transplant. All of these approaches seek to restore a healthy equilibrium among the different microorganisms that live in the gut.

“In terms of translating our work to humans, I think the next big step would be to identify features of the microbiome in pregnant mothers that correlate with autism risk,” Lukens said. “I think the really important thing is to figure out what kind of things can be used to modulate the microbiome in the mother as effectively and safely as we can.”

Another Option for Preventing Autism

The microbiome is the collection of microorganisms, such as bacteria, that naturally live inside us. Science is increasingly revealing its vital importance to good health. Researchers at the University of Virginia School of Medicine have determined that the health of an expectant mother’s microbiome determines the risk of autism and neurodevelopmental disorders. NeuroscienceNews.com image is credited to credited to Alexandra N. Angelich | University of Virginia Communications.

Blocking IL-17a also might offer a way to prevent autism, but Lukens said that path carries much more risk. “If you think about pregnancy, the body is basically accepting foreign tissue, which is a baby,” he said. “As a result, maintenance of embryonic health demands a complex balance of immune regulation, so people tend to shy away from manipulating the immune system during pregnancy.”

IL-17a previously has been implicated in conditions such as rheumatoid arthritis, multiple sclerosis and psoriasis, and there are already drugs available that target it. But Lukens noted that the molecule has an important purpose in stopping infections, especially fungal infections. Blocking it, he said, “could make you susceptible to all kinds of infections.” And doing so during pregnancy could have complex ripple effects on a child’s development that scientists would need to sort out.

For their next steps, Lukens and his team plan to explore the potential role of other immune molecules in the development of autism and other such conditions. IL-17a may be just one piece in a much larger puzzle, he said.

While Lukens’ work links the immune system with neurodevelopmental disorders, he emphasized that this in no way suggests that vaccines are contributing to the development of autism. “There’s a definite link between the immune response and the developing brain,” he said. “It just doesn’t have anything to do with vaccines. It’s much, much earlier.”

Lukens’ work is but the latest research from UVA to speak to the importance of the microbiome in maintaining good health. For example, one of Lukens’ colleagues in the Department of Neuroscience, Alban Gaultier, PhD, found that probiotics in yogurt can reverse depression symptoms.

Funding: The work was supported by the Hartwell Foundation, the Owens Family Foundation and the Simons Foundation Autism Research Initiative. In addition, members of the research team received support from the National Institutes of Health/National Institute of General Medical Sciences, UVA’s Medical Scientist Training Program and from Hutcheson and Stull Undergraduate Research Fellowships.

Cutting Edge: Critical Roles for Microbiota-Mediated Regulation of the Immune System in a Prenatal Immune Activation Model of Autism

Recent studies suggest that autism is often associated with dysregulated immune responses and altered microbiota composition. This has led to growing speculation about potential roles for hyperactive immune responses and the microbiome in autism. Yet how microbiome–immune cross-talk contributes to neurodevelopmental disorders currently remains poorly understood. In this study, we report critical roles for prenatal microbiota composition in the development of behavioral abnormalities in a murine maternal immune activation (MIA) model of autism that is driven by the viral mimetic polyinosinic-polycytidylic acid. We show that preconception microbiota transplantation can transfer susceptibility to MIA-associated neurodevelopmental disease and that this is associated with modulation of the maternal immune response. Furthermore, we find that ablation of IL-17a signaling provides protection against the development of neurodevelopmental abnormalities in MIA offspring. Our findings suggest that microbiota landscape can influence MIA-induced neurodevelopmental disease pathogenesis and that this occurs as a result of microflora-associated calibration of gestational IL-17a responses.