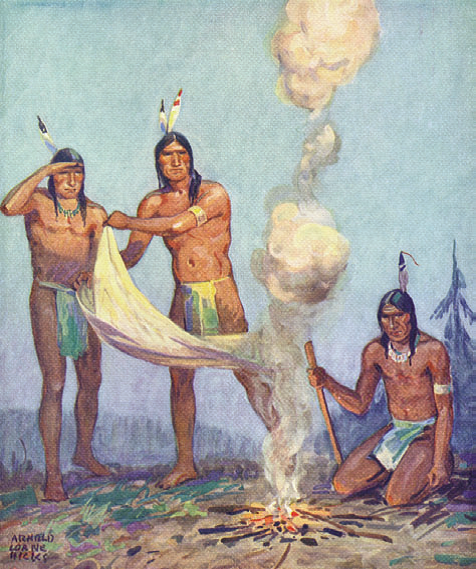 It falls upon parents, clinicians, teachers, job coaches, direct support professionals, friends, siblings
and case managers to understand what constitutes an early warning system for the individuals they
care about, treat and support.

Several days ago, over a million residents in Hawaii were horrified to receive a cell phone warning that North Korea had launched a nuclear missile so the residents needed to seek immediate shelter. What put them into a mass panic was the ominous statement “This is not a drill.”

It wasn’t a drill or an actual attack, but a blunder. Authorities said the warning was sent during a shift change at the state’s Emergency Management Agency when a worker doing a routine test hit the live alert button. That worker has been reassigned, hopefully, to a room where his only access to a “button” is on the Keurig coffee maker or in the elevator.

Seventy-six years ago, there were no warnings when the Japanese attacked Pearl Harbor. No horns, sirens, bells, whistles, shouts, radio alerts, banners or flags, smoke signals or cannons; just the attack; an attack without a warning. The attack resulted in the loss of 2,403 American lives, with an additional 1178 wounded.

Since the earliest civilizations, it was imperative to alert citizens to impending disasters or invading armies. They needed time to seek shelter, prepare to fight, run, hide or cover their heads.

Nature is pretty clever and has devised her own early warning systems. We know how to avoid spoiled fruits and vegetables by looking, smelling, feeling, and squeezing them. Nature provides us with the warning signs. Birds alert each other of predators with their warning calls. Some birds are even capable of recognizing calls from other species and can distinguish if those early warnings apply to them. A wave of warning calls spreads from one area to another at more than 100 miles per hour, giving vulnerable birds ample time to take cover.

Shakespeare demonstrated a form of an early warning system in Julius Caesar  when he offered, “Beware the Ides of March.”

One of my earliest and most memorable experiences with early warning signs (aside from the strange noise coming from the rear wheel of my Schwinn Black Panther bicycle) was my introduction to the doorsock on the doorknob of my college dorm room. In order for early warning signs to be of value, it is the necessity to know what they represent and the appropriate response. It certainly would have been more of an effective signal if I knew that a sock (or a necktie) over the doorknob signified that one’s roommate was engaged in sexual behavior and it was time to go to the library (even if it was closed).

Jars of chili peppers have early warning systems on the label. They alert us to which ones are approaching the satanic
level. While the names Red Savina habanero or Bhut Jolokia ghost pepper don’t describe their place on the Scoville scale (measurement of the spicy heat of peppers), we can understand the difference between a picture of a pink-colored tongue and a fiery red one.

One of the earliest early warning systems was invented by the ancient Mayans and it still works today. In 1200 the Mayans built a temple as a tribute to the God of the Wind. The temple contains an intricate web of holes that cause an extremely loud whistling sound when early hurricane force winds blow in from the Caribbean Sea. The system is as reliable as the most modern computer predictive analytic models used by the most sophisticated meteorological agencies in the world.

The smoke signal is one of the oldest forms of long-distance warning systems. In ancient China, soldiers stationed along the Great Wall would alert each other of impending enemy attacks by signaling from tower to tower. Native Americans used a sophisticated array of smoke signals to announce hunting, migration, meetings and attacks. Australian Aboriginals would send up smoke to notify others of their presence, particularly when entering lands which were not their own.

The famous Midnight Ride of Paul Revere (and his under acknowledged partner William Dawes) served as an iconic “early warning system” at the start of the American Revolution. Revere instructed the sexton of the North Church to send a signal by lantern to alert colonists as to the movements of the British troops. They used the code, “One if by land, and two if by sea.” This allowed the colonists to dispatch additional troops into battle. Contrary to pop culture, Revere did not cry out “The British are coming.” His mission depended entirely on secrecy.

According to Thomas Holmes, until World War II, the main types of sirens were church bells. “This began to change, however, in the year 1799 when a Scottish physicist by the name of John Robison invented the siren. His invention was not intended to be a warning device, but to be a musical instrument. During the 1950s, at the height of the Cold War, the United States established CONELRAD (Control of Electromagnetic Radiation), a system of emergency broadcasting using radio or TV stations. It was intended to allow continuous broadcast of civil defense information. It was a system that shut off radio transmission on all channels or stations, allowing only designated stations to continue to broadcast. After several minutes, those stations would go off and others would be broadcasting. It was designed to confuse enemy aircraft who might be navigating using radio direction finding.

The human body has its own “early warning system.” Elizabeth Thornton, author of historical romance novels, writes, “Most of us know when we are about to react emotionally. We can feel it. Often there is a brief warning before the amygdala hijack. For some of us, it is butterflies in the stomach; for some, it is an increased heart rate, and for others, it is a feeling of agitation.”

While individuals with intellectual and developmental disabilities undoubtedly experience these same early warning signs, they may not be able to interpret, understand, express and share them with others.

It falls upon parents, clinicians, teachers, job coaches, direct support professionals, friends, siblings and case managers to understand what constitutes an early warning system for the individuals they care about, treat and support. This ability, this insight, this appreciation can only be achieved through familiarity over time. The need for “staying power” in relationships with individuals with complex disabilities remains the number one tool for insight and for continuity of care. It also remains one of the most significant obstacles, impediments and stumbling blocks in providing significant and meaningful supports.

Norman Cousins, author of Anatomy of an Illness, pointed out the value of knowing someone, really knowing someone when he offered, “History is a vast early warning system.” •