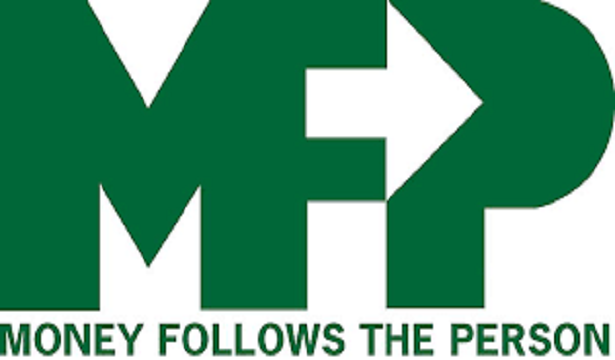 The House passed H.R. 3253, the Empowering Beneficiaries, Ensuring Access and Strengthening Accountability Act.  This bill funds the Money Follows the Person program through Fiscal Year 2023.  It also extends the HCBS spousal impoverishment protections through March 31, 2024.  We are pushing the Senate to provide long-term funding for MFP by passing H.R. 3253 or the EMPOWER Care Act.  It is critical Congress act before funding for the program runs out in September 2019.

Money Follows the Person (MFP) Bills in the 116th Congress

On Feb. 25, 2019, new versions of the EMPOWER Care Act extending the Money Follows the Person (MFP) program for five years were introduced in the House (H.R. 1342) and Senate (S. 548).  Short-term MFP funding to help people transition ends in September 2019!  Call your Member of Congress and request that they co-sponsor and vote to pass the EMPOWER Care Act to help people with disabilities move out of nursing homes and other institutions and into the community.  It is critical that Congress pass a bill providing long-term funding for the program.

Congress has passed two bills providing short-term funding for MFP so far this Congress, which will only fund the program through September 2019.

On January 25, 2019, the Medicaid Extenders Act of 2019, a bill that includes short-term funding for the Money Follows the Person program, became law.  The bill included three months of funding for MFP that states have until September 31, 2019 to spend.  The bill also included an extension of the  spousal impoverishment protections for people receiving home and community based services to March 31, 2019.

On April 18, 2019, H.R. 1839, the Medicaid Services Investment and Accountability Act, became law. This bill adds additional short-term funding to the Money Follows the Person (MFP) program (an additional $20 million for use by the end of September 2019) and extends the expiring spousal impoverishment protections for people receiving Home and Community Based Services also through September 2019.

First authorized by President Bush in 2005 with strong bipartisan support, MFP gets individuals with disabilities and seniors – if they wish – out of nursing homes and back into their communities. MFP has assisted more than 88,000 individuals voluntarily move into a setting of their choice, and has helped 44 states improve access to community-based long-term care, also known as “home and community-based services” (HCBS).

MFP Enhances Opportunities to Live Independently and Age with Dignity

Medicaid requires states to provide care in nursing homes, but HCBS is optional. MFP incentivizes investment in HCBS by providing federal funding for transitional services for individuals who wish to leave a nursing home or other institution. Thanks to MFP, over 88,000 seniors and people with chronic conditions and disabilities have voluntarily transitioned back into their communities.

In a 2017 evaluation, the Centers for Medicare and Medicaid Services (CMS) found strong evidence that beneficiaries’ quality of life and care improves when they transition from institutional long-term care to HCBS. MFP participants experienced increases across all seven quality-of-life domains measured, and the improvements were largely sustained after two years.

States Save with Money Follows the Person

Providing long-term care in the home costs less than institutional care. Average monthly expenses for MFP participants declined by almost 25 percent in the first year after transitioning from a nursing home to HCBS. CMS also found that MFP participants are less likely to be readmitted to institutional care than other beneficiaries who transitioned but did not participate in the program.