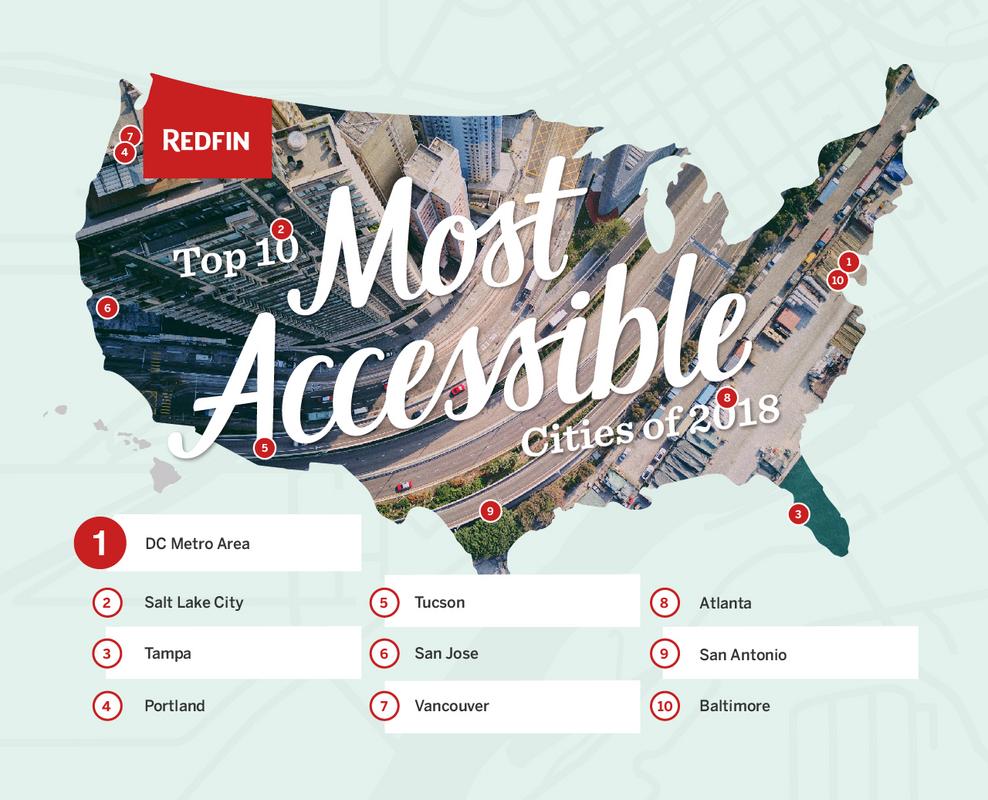 Accessibility: How Did We Get Here?

The Americans with Disabilities Act and the Fair Housing Act – both pieces of federal legislation – mostly apply to public housing, multi-family dwellings and public spaces. The first nationally recognized standard, released in 1961, addressed “accessible and usable buildings and facilities.” More than a decade later, the Rehabilitation Act of 1973 prohibited discrimination and required some new construction of public spaces to be accessible, as well as allowed for alterations to make existing spaces accessible. In 1991, the U.S. Department of Justice adopted the ADA Standards for Accessible Design as its standard for new construction and alterations, which later formed the foundation for ADA guidelines on recreation facilities, government buildings and voting booths.

Many communities have launched efforts to become more accessible for the disabled, but others still have a long way to go. In 2017, we added a custom search filter on Redfin.com that allows you to find accessible homes for sale in your area. Using the accessible search filter and additional city data, we put together this list of the top 10 most accessible cities.

1. Metro D.C. (Alexandria, the District of Columbia, and Arlington)

Metro D.C., which includes the nearby cities of Alexandria and Arlington, is the most accessible metropolitan area in the nation. The Washington, D.C. subway system also runs through Alexandria and Arlington, and each city has its own bus system; the city of Alexandria is home to GO Alex, a public transit service specifically designed for people with mobility issues. The metro area is packed with community recreational programs designed for people with disabilities, and all federal buildings are ADA-accessible. With wide sidewalks that are easy to navigate, ample access to high-quality healthcare and a number of ADA-compliant attractions, parks and businesses, this metro area has earned the #1 spot on this list.

Salt Lake City, famed for its high quality of life (thanks in part to the convenient and historic downtown area and breathtaking views of the Wasatch and Oquirrh Mountains), is close to Great Salt Lake and home to nationally renowned, ADA-compliant recreational areas and charming city parks. Ranking just behind the D.C. metro area on accessible, quality healthcare, The Crossroads of the West is also well-outfitted with curb ramps and offers free parking at city meters for people with disabilities who have a windshield placard or specialized license plate. Salt Lake City is also home to several accessible attractions, including the Salt Lake Temple, Hogle Zoo and Antelope Island State Park, where you can see free-roaming bison grazing in the valleys.

The shores of Tampa Bay are known for pristine beauty, and the city itself is steeped in history; those factors, plus its warm, tropical climate make it a desirable location. However, Tampa is also known for its disability-friendly atmosphere, with wide sidewalks over flat terrain, accessible public parks and attractions, and the Sunshine Line – door-to-door transportation and bus passes for the elderly and people with disabilities. The Florida Aquarium, ZooTampa at Lowry Park and Busch Gardens are all ADA-compliant, and those are only a few of the notable (and accessible) attractions in the city.

As one of the most ADA-compliant cities on the West Coast, Portland is home to Pioneer Square, the Harborwalk and so much more – and most locations are easy to navigate. TriMet service runs through Portland and its suburbs while offering reduced fares for seniors and those with disabilities under its Honored Citizen program. Beautiful public parks and green spaces dot the city, and each is accessible and easy to navigate.

Tucson, home to the University of Arizona, is a flat-terrain city and sits between several mountain ranges. It has an accessible bus service: Sun Tran. Tucson attracts visitors to several ADA-friendly attractions, including the famed Mt. Lemmon, the Pima Air and Space Museum and the Tucson Museum of Art.

Seasonably warm and surrounded by the Diablo and Santa Cruz Mountains in the heart of the Santa Clara Valley, San Jose is one of the most accessible cities on the West Coast. Featuring a booming high-tech industry and serving as a cultural hub for central California, it’s home to several notable ADA-compliant attractions, such as the Sunol Regional Wilderness and the beautiful Cathedral Basilica of St. Joseph. The Municipal Rose Garden, Happy Hollow Park and Zoo and several local businesses all over the city are also disability-friendly.

Vancouver is home to more than 450 acres of parks, trails and open space, most of which is ADA-compliant (the only exception is space that’s designed to preserve natural terrain). Many accessible hikes and outdoor attractions are available, including sightseeing at Captain William Clark Park Trail and the Columbia River Waterfront Renaissance Trail.

Atlanta, known for its grand old manor homes and several ADA-compliant attractions, such as the Georgia Aquarium, the Atlanta Zoo and the College Football Hall of Fame, is one of the most accessible cities in the nation. The city’s major transportation system, MARTA, is easily accessible.

With wide sidewalks and many ADA-compliant attractions, such as San Antonio’s River Walk, the Alamo and several historical attractions, San Antonio is Texas’s most accessible city. The city’s bus service, VIA, offers discounted fares and priority seating for people with disabilities, making public transit easy to navigate and use. The San Antonio Museum of Art, Botanical Garden and Missions National Historic Park are only a handful of accessible attractions in the city; there are several disability-friendly parks and recreation areas in and around town, as well.

Easily accessible transit options, including a subway service and buses, are available in many Baltimore locations to connect residents to the airport, Johns Hopkins Hospital and Washington, D.C. The city’s Inner Harbor area, where you’ll find restaurants and other attractions, is exceptionally well designed when it comes to accessibility.

To find out which U.S. cities are leading the way in accessibility, we analyzed data from the Multiple Listings Service, U.S. Census Bureau and Numbeo. The cities were ranked on five accessibility factors: accessible housing, public transportation, community attractions and access to healthcare. The 10 cities with the highest scores in these areas earned a spot on the list.