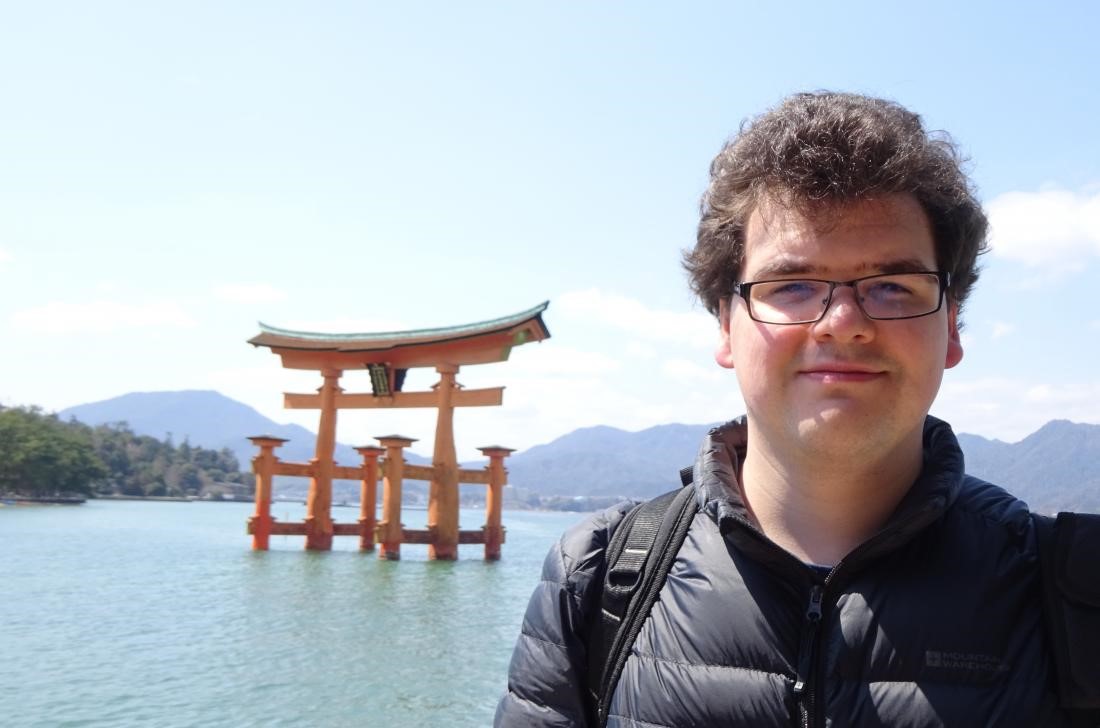 Contrary to what professionals thought when I’d been diagnosed, I loved fiction and cultural critique.

At the risk of explaining the obvious to the neurotypicals — people not on the autistic spectrum — in the audience, I know that I am not every autistic person. I can only speak of my experience as a thirtysomething white cis man who grew up in semirural Hertfordshire.

“You don’t seem autistic” is something that I hear a lot.

There are a number of preconceptions about how I’m supposed to look, as well as what an autistic person is and is not capable of.

When I ask what people mean by it, the response is usually that I “speak fluently” or “seem normal.”

Defining normal is a task for another social anthropologist. I am who I am because of my journey through life, and my current autistic self is a reflection of that journey.

Growing up with autism

I had a diagnosis of Asperger’s syndrome, or high functioning autism, when I was about 8 years old. Considering that this diagnosis came about in the ’90s, it was an early diagnosis, compared to some of my peers’.

I imagine that I was displaying most of the typical signs of autism: repetitive behavior, sensitivity to visual, audio, and tactile stimuli, narrow ranges of interest, and difficulties in understanding body language and the subtleties of social interaction.

The only unusual elements were that I engaged in imaginative play — an area that was supposed to be beyond my abilities — and that I wanted to engage with other people.

This led to a number of strange contradictions. Following an assessment, it came to light that I had a reading age of 18, but the professional opinion was that I wouldn’t be able to comprehend the contents of a fictional book.

I didn’t care that much at the time of my diagnosis. I was more interested in playing Sonic the Hedgehog, trying to get along with friends, and falling in love with the works of Terry Pratchett in my school library. My awareness of what autism was developed as I did.

Alongside my studies, I went to speech therapists and took part in a number of short “holidays” with others in similar situations, where I was encouraged to learn social skills through exercises and role play.

I practiced and tried to put my knowledge to the test in the real world, where nobody follows the rules — of taking turns, being polite, and not talking over someone — that we had learned.

One common myth is that being autistic makes you antisocial. It doesn’t.

One aspect of my autism is that I’m constantly trying to read everyone around me.

I try to gauge moods that I might not be aware of and display the correct signs that I’m engaging with and wanting to take part in conversation.

It can take a lot out of me, and I need to spend a considerable amount of downtime unwinding and processing the events of the day. And yes, also getting to grips with the neuroses of any social faux pas that I may have committed.

For example, one of my work colleagues has suffered from a number of bereavements. I want to show that I’m sympathetic and that I empathize with her to the point that my heart feels heavy, but I am completely disfluent when it comes to expressing this verbally.

I am envious of those around me who are able to naturally and casually approach her and offer support. Instead, I have to rush off to get myself a coffee and return with my thoughts in order at a later time.

This is the pressure of being a high functioning autistic person. I have learned to portray the version of myself that a neurologically undiversified person would accept on a day to day basis, but when I am faced with difficult situations, I become unstuck. Unable to act appropriately, at best, and mute, frozen, or flapping, at worst. It is frustrating for neurotypical folk who know me at my best to try and understand this pressure. I find it just as frustrating.

This also extends to my online persona. I will have flurries of posts on social media before I become a ghost, haunting people’s feeds, slowly stockpiling determination until I can respond to messages and reach out to friends after days of silence.

This doesn’t mean that I am not trying. I love being around people, I just find it hard sometimes. I enjoy your company, even when I can’t show you.

Before you ask — yes, I have tried yoga. I have taken part in yoga exercises as part of drama classes and student theater society meetings. I am inflexible, but I still enjoyed the exercises.

Yet, it doesn’t stop the anxiety that I experience on a daily basis. After a session, I am still autistic. I am simply less likely to injure myself in moderate exercise.

People have previously asked me whether I have a “superpower.” I don’t have one. At least, not in the mold of those that are usually attributed to autism in fiction, like ultrafast computation or card counting.

I have an aptitude for a few subjects, and while I needed some extra time in exams, I performed well academically, attaining mostly As and Bs. While I managed to succeed in typically autistic subjects like maths and science, I really wanted to explore the arts.

Contrary to what professionals thought when I’d been diagnosed, I loved fiction and cultural critique. I decided that I wanted to study English literature at the University of Warwick. Not blessed with savant powers, I still needed mentoring and the use of a smart keyboard during lectures to help with my studies. I came out the other side with a 2:1.

I graduated in 2009, with the aim that my experience and grades would help me find short-term employment before hopefully gaining a breakthrough and making it into publishing — a dream career path for me.

I spent 5 years trying to get short-term employment. I watched my peers on social media find jobs, get married, and make families, while I struggled to get an interview.

If I hadn’t been honest in my applications about being autistic, I might have made it to an interview room — but then I wouldn’t have received the support I needed to continue working.

I tried to gain more experience and qualifications. My family supported me as I studied for an MA in writing and earned a distinction.

I spent over 2 years volunteering in offices in order to gain the experience needed to break into a regular 9 to 5 job. I attended various job seeker’s courses run by the National Autistic Society and my local government. Yet it was still a struggle to get a foot in the door and into an interview.

I had my first paid internship in 2014 in a school finance company. I failed to get an interview for the journalism or web content internships within the business, but I was taken on as a finance intern.

I still think this was based on the assumption that autistic people are “numbers and logic” people, but it was an opportunity to work, and it helped to prove that I was employable a year and a half down the line.

I’m just about independent nowadays. Thanks to my parents, I have set myself up in a one bedroom flat.

I mentally flit between my different anxieties about drifting out of contact with friends, about making sure my bills are paid on time, and about how the hell I am going to finish the novel that I have been writing for over 2 years.

I no longer play Sonic the Hedgehog — I prefer my games to be angsty and plot driven now — but I am still the same autistic person that I was as a child.

I have spent my life trying to empathize with the neurotypical population of the world, and I have given you a glimpse into what my life’s like.

Empathy works both ways, though, and if there’s one concept that I want you to consider, I would like you to take this knowledge and think about how you can empathize with an autistic person moving forward.

Think about ways that you can make autism-friendly adjustments at home, at work, or with that autistic person you are yet to meet.

And if that person is a thirtysomething white cis man who grew up in semirural Hertfordshire, just give them a bit of time to get their coffee.