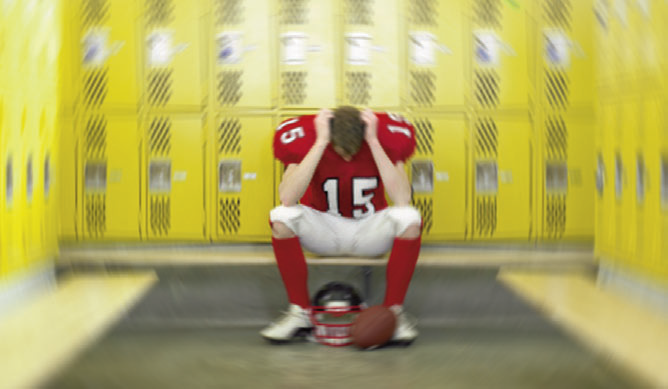 FROM THE COACH’S CORNER BY TOM CURRY

Despite efforts to curb Harassment, Intimidation and Bullying, these issues still make their way to our headlines each season. What can you do to protect your child from such incidents?

I have been in the coaching profession since I was 18 years old. Starting as a volunteer at our local church coaching
the 8th grade basketball team, I also coached the Babe Ruth league baseball in our town, along with numerous other sports at various times. That covers 44 years of coaching various sports at many levels. I have been the athletic director at three schools since 1990. I have seen so many positive things happen in and around athletics and have been privileged to work with some of the finest people I have known in and out of the business. Good people, good
coaches and administrators, along with concerned parents and adults all trying their best to help kids make good decisions and be productive citizens.

It has become alarming that, despite efforts to curb Harassment, Intimidation and Bullying (“HIB”), these
issues still make their way to our headlines each season. Schools and organizations go the extra mile to discuss with
teachers, coaches and students the problems and laws concerning HIB and the potential for serious harm to all concerned. Yet, recent stories indicate that there is still a lot more to do. What can you, as a parent do to protect your child from such incidents as they grow up in these times? Pay attention to what is going on in the sports programs your child is involved in. Are there traditions or rituals that are making your child uncomfortable or not want to
attend practices or games? Do the coaches reinforce positive behaviors, good team ideals and embrace good leadership ideas and skills? Are you uncomfortable with a particular tradition or policy that seems to be “a business as usual” policy?

Create a dialogue with your child, other kids and parents about things other than wins and losses! What do you
want your child to take with him or her from this sports program? Continue this dialogue with coaches, supervisors, principals and community leaders. Let good character development be the focal point of your programs and developing responsible citizens be the goal of sports programs everywhere. Promote leadership and sportsmanship
in youth and school sports and activities. Be the role model for positive parent behavior at games, events and practices. Many times as parents, we must fight the urge to be a negative part of the experience our children face in athletics. If we fail to set a good, positive example for our children, we may actually do more harm than good to
their future. Ask yourself some questions…

Am I trying to re-live my life through my child? Am I affecting his or her experience in a positive way or is the outcome negative? Many parents think they are helping their child by “sticking up” for him or her. I heard of a story recently where a mother went to a lower level baseball game to watch her son pitch. The young man struggled through the first two innings and the coach decided after 10 runs that maybe he should switch positions
with another player. The mother took exception and it took the local police department to get her off the field from the pitcher’s mound where she had sat on the beach chair she brought, refusing to move. The young man quit the team the next day, suffering from a good case of embarrassment.

Watch for signs of disinterest or not wanting to attend practices or games. Are any of their habits changing?
Sleep? Diet? School? Friends? Talk about things other than playing time and winning games. Point out positive
behaviors you see athletes exhibiting at the professional and college levels. Cite examples of some of our leaders in all walks of life and what they did in athletics to help them along the way. Frequently discuss situations in sports that are not what sports are really about. Tell your child why you think something is wrong and how they should be behaving while on the field or in the gym.

Speak up if you think something is amiss, but do it in the right way. Going after a coach or anyone in public is not a good way to make a point. Ask to speak to the coach privately about your concern. If you think there is a case of HIB, give the coach a chance to correct the situation. It could just be inappropriate behavior by a kid or kids which can be addressed by the coach or leadership. Zero tolerance is the only answer for Harassment, Intimidation and Bullying, but it is also important to recognize that not every incident is an HIB incident. A discussion with the coach or leadership may resolve the problem and would go a long way to make everyone more accountable and make everyone more on the lookout for potential problems. Sometimes it is best to think “evolution, not revolution.”
Today our kids are bombarded with examples of poor behavior on some of the reality television shows on the networks and on cable. Behaviors which may seem funny on television may actually be quite wrong and hurtful in real life.

Society looks to punish poor behavior and people who may be the aggressor and in some cases the victims. I suggest that we really recognize those teams, schools and organizations that do things the right way. See a good example of
sportsmanship and write that school or organization a note telling them you noticed. It amazes me that, each day our
students do some extraordinary things and some things that are really above and beyond the norm. Let’s all start to recognize those efforts instead of always dwelling on the negative things that can and do come up.

The media descends on stories with “the latest on the ‘whatever’ scandal” is on that day. The details about the situation, the people involved bring correspondents, news teams and reporters in droves to the scene for immediate updates on the crisis.

The media sometimes runs “feel good stories” but the day-to-day things our kids, coaches and teachers may do often go unnoticed. Maybe we, as parents, coaches, educators and community members should and could pay more attention to those things that really make us who we are. By doing so, we just might change the tide of the poor behavior and actions that can make us hang our heads and say, “How could this happen?” There are three types of people in the world…those that make things happen…those that watch things happen…and those who wonder, what happened? I think we know what group is best to be in! Let’s make that good news travel faster and be the force of change. The time has come to act against Harassment. Intimidation and Bullying and the action against HIB starts
inside each of us.•

COACH’S CORNER
Tom Curry has been an Athletic Director in Bergen County, New Jersey, as well as an adjunct professor in the Wellness and Exercise Science Department at Bergen Community College for 24 years. He has coached high
school basketball and golf and was voted Bergen County Basketball Coach of the Year in 2002. He has spoken at the New Jersey Medical Society Sports Symposium and to parent groups on various issues pertaining to youth sports. He was inducted into the NJ Coaches Hall of Fame in 2012. 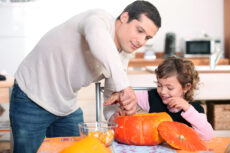