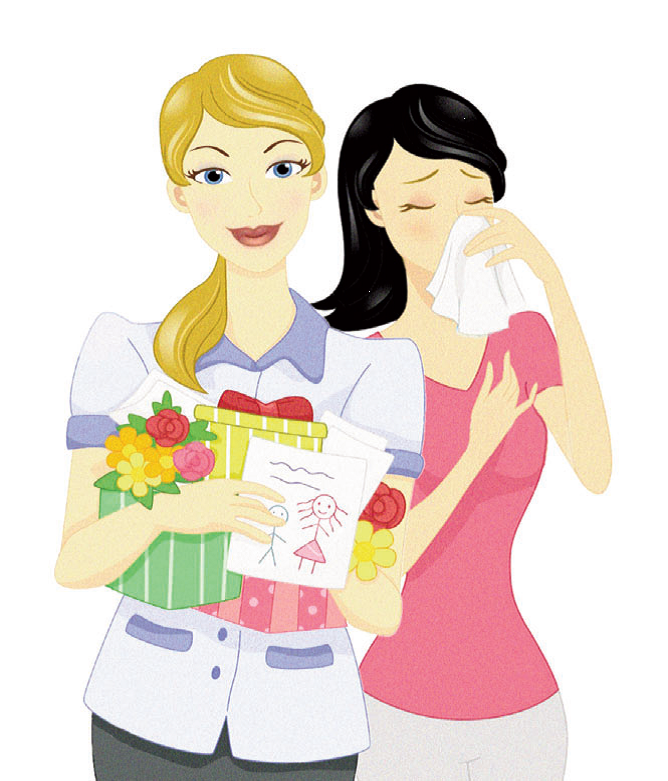 No one told me that one of the hardest things to do with a PCS move was saying goodbye to your child’s team.

It has taken a small village to care for my son. Broden has a BCBA, ABA tutor, special education teacher and there are two aides in his classroom. I have cried tears of joy and tears of fear with his ABA tutor, Sharon and teacher, Cheryl. I have yelled out of anger and frustration at them if I was frustrated with his lack of progress. I think Sharon has even heard me curse.There are too many times to count when I have said thank you, knowing that it wasn’t enough. Now that we are moving, I have to say goodbye. How do I say goodbye to these ladies who loved my son as if he was their own? How do I show them they not only became my son’s family, but mine as well?

Our time is dwindling and each time that I drop him off at school and pick him up at ABA therapy, it is one less time I will be talking with someone who understands my life with my son. It will be one less time that I don’t have to explain why my son is screaming, or why he refused to eat lunch that day. It will be one less time that I can leave my son at school knowing that his teacher will push him to meet his potential each and every day. I will miss my daily texts and videos of him being the little boy we knew he could be as he finishes his math assignment with limited behavior or spontaneously slides down the slide at recess.

I look back and realize that I was so busy with worry and fear, I didn’t take the time to notice my prayers were being answered. I knew my son’s autism could not be taken away so I had prayed for the right people to be put in Broden’s path so he could grow and learn in a loving and understanding environment. I look around and he is surrounded by love and encouragement each day. His  uniqueness is celebrated and welcomed every morning and ends with a hug from Sharon each afternoon after his ABA session. How could I have asked for anything more?

How can I express my gratitude? A simple thank you and see you later doesn’t seem adequate. I’m not sure if there is a gift idea on Pinterest that would fit the bill either. I’ve thought of a gift card, but for some reason that idea seems too trivial and empty.

No one told me that one of the hardest things to do with a PCS move was saying goodbye to your child’s team. No one told me that the emotional connection I would have with his team would be one of the most intense relationships I would encounter raising my special needs child. Clearing housing and making transportation appointments are none of my concern. Researching things to do at our next installation are not on my mind or what I need to do once we sign for our house on the other side of this move. It just doesn’t seem that important.

Last week, Sharon said, “I wish we had one more year with Broden. We’ve come so far.” My heart ached because I was wishing for the same thing, just one more year. Just one more year to see how far he can go, but then I knew that wasn’t the right answer. We need to have hope. As his mom, I need to hope and pray that there are people in Georgia that will see that my son is just as amazing as we see him. He truly can do anything.

I keep telling his team that we will come back to Fort Hood. Right now, I have to think that it is a strong possibility because the thought of saying goodbye to these ladies forever is too much to bear. A gift to give? Broden is the gift.•

No one told me that one of the hardest things to do with a PCS move was saying goodbye to your child’s team.

Shelley Huhtanen is an Army wife with two children, one with autism, whose husband is currently stationed at Fort Hood, TX. She is an autism advocate and currently the parent liaison for the Academy for Exceptional Learners.