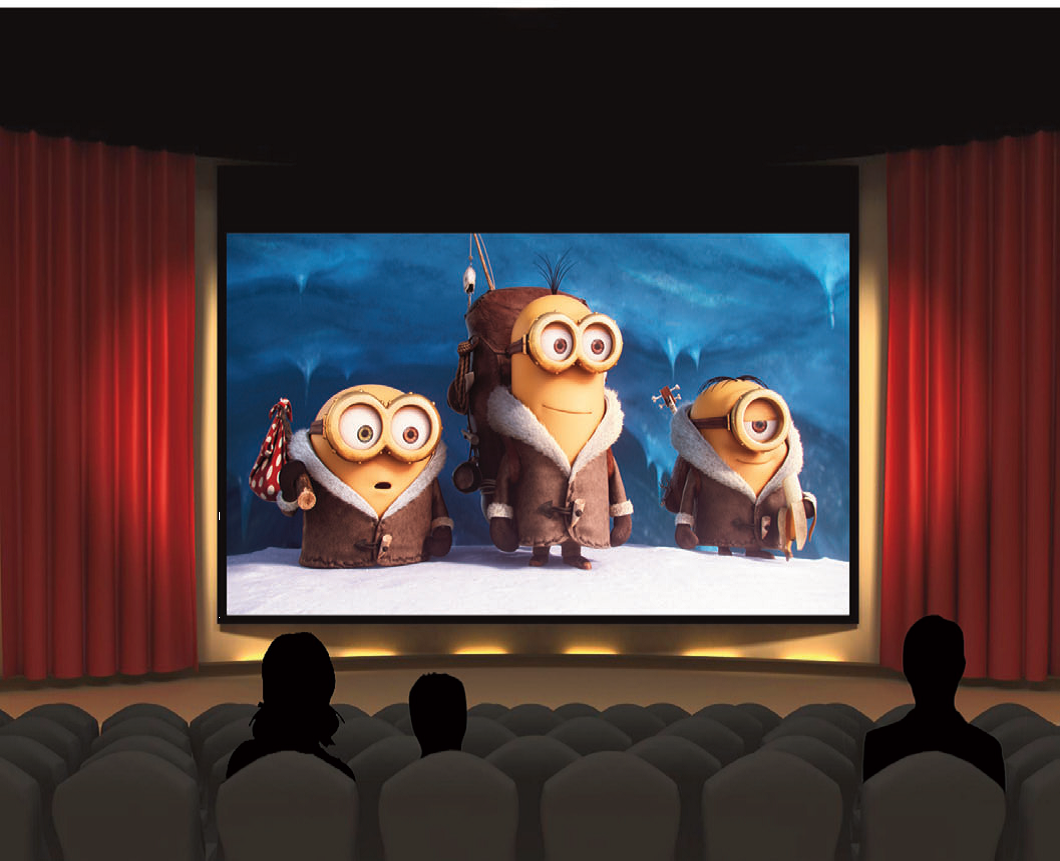 Brad most likely noticed that we weren’t your typical or normal family. Brad could have told us to leave the movie theater that day and possibly could have provided us a refund for our tickets, but he didn’t.

Normalcy is a subjective status or characteristic that every family strives to emulate at one time or another. My husband and I will do a fist pump in celebration any time we witness anything remotely close to what we see as normalcy in our house or in public, but we are reminded over and over again that normalcy doesn’t allow us to stretch the boundaries in life. Living outside of the ordinary allows us to appreciate the unexpected and look for ways to make things better than they originally were. Sometimes we need something out of the ordinary to occur to  become extraordinary. Sometimes it can happen in the most unlikely places. Sometimes it can happen at the movies.

About a month ago, my oldest son, Hayden, asked if we could go to the movies to see Minions for his birthday. Normal request, right? For our family, not so much. I could see that Hayden wanted to try one more time to feel like a normal family. Why was it so hard to go the movies with Broden? Broden loves watching videos on his iPad about the Minions. Maybe this time would be the time that Broden would enjoy it. I think the high percentage of humidity in Georgia that day affected my ability to make the logical decision to decline Hayden’s request, because I agreed to
try again.

Before entering the theater with Broden, Hayden and I glanced at each other with a look of delirious determination, “Let’s do this.” There were only a few people in the lobby at the time. This started to look promising. I asked the gal at the ticket counter how many people had bought tickets for the 5:10 pm movie and she told me only four tickets had been sold. With a false sense of self-confidence, I agreed to buy three movie tickets for the movie.

One can only imagine the meaning of buying Broden a movie ticket to a theater filled with families that see normalcy as a day-to-day way of living. That day, they would soon experience a taste of something out of the ordinary, and that would be my special needs son at the movies. For the first five minutes, it was quite promising. The theater was lit and the sound was low. There were only four families in there. We sat in the very back row for a quick getaway if things got out of hand.

Then the unthinkable happened. More families decided to buy tickets to see the Minions at the last minute. As they started to pile into the theater, Broden started to scream. I had no idea this many people lived at Fort Benning and all of these people needed to see this movie, today, at 5:10 pm. Everything went downhill once the lights dimmed and the screen lit up. Broden’s octave of screaming became unbearable and I could feel people’s stares burning my  forehead. I told Hayden that I had to make an emergency exit and he was going to do it solo until Mark, his Dad, could leave work and sit with him at the theater.

My frustration grew to anger as I pulled Broden out of the movie screaming, and an employee was standing in the hall staring at us. She looked at me with disgust, a reminder that we were in over our head. The worst thing  happened. I started to feel that we didn’t belong, and because of this, I snapped. I walked over to her and asked her for the manager. She rolled her eyes and ran upstairs to get him. A few minutes later, a young man met me in the lobby and introduced himself as Brad. After speaking very quickly while trying to hide the fact that I was going to have a nervous breakdown, I asked him how much it could cost to rent the theater for two hours. Brad looked confused. I explained our dilemma and he calmly asked if he could open up the theater for just Broden and me to see the movie. After pausing for a minute to see if he was serious, I asked him how much that would cost. He told me it would be free of cost and asked me if Wednesday at 10 am would be convenient for me. After agreeing and thanking Brad profusely, I dragged Broden into the parking lot and sat in the car to wait for Mark to come so he could sit with Hayden in the theater.

Wednesday arrived and I was ready to battle it out with Broden. He was going to be able to scream and with no one to hear him, except courageous Brad and me. To my surprise, I drove to the parking lot and no one is there. Not one car. I checked my notes to make sure I had the correct time. Two minutes later, Brad arrived and met me at my car with Broden. We walked into the theater and Brad started to turn on the lights. He asked me how low I wanted the sound and how lit I wanted the theater. After arranging it to my liking, Brad came and sat in the same aisle as we did and started to watch the movie with us. Broden did not disappoint as he screamed his head off, but we got through the entire movie. Brad never left us in the theater.

After the movie, I thanked him and told him that I would tell as many people as I could about his kindness. He smiled and said that it was no problem. He followed behind me and turned off all the lights and locked the door. I turned around and asked him why he was leaving. Didn’t he need to keep the theater open for movies playing today? Brad smiled and said no. He came to open up the theater on his day off just for Broden.

I didn’t know what to say. Brad most likely noticed that we weren’t your typical or normal family. He could have told us to leave the movie theater that day and possibly could have provided us a refund for our tickets, but he didn’t. He did something extraordinary for someone who wasn’t so ordinary and that is why I say we all need to have hope! •