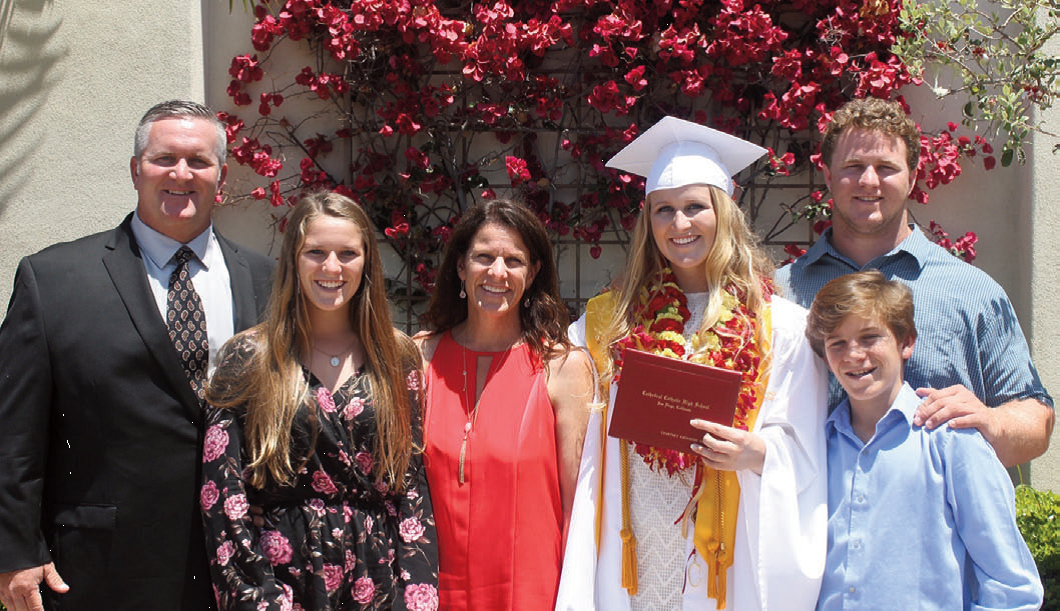 As we find ourselves in the middle of 2016, many of us will be celebrating the Fourth of July, a day that is known in the United States as “Independence Day”. It is typically a day filled with family, friends, barbecues, parades,  fireworks and musical favorites such as “God Bless America,” “America the Beautiful” and “The Star-Spangled Banner” to name a few. Here in the U.S., when we think of “independence” we also think of “freedom,” with special thanks to our men and women in the armed forces championing the call to duty with great courage as they continue to protect our freedom.

In writing this article, I had the great pleasure and honor to interview Admiral Ray Smith, a retired veteran who served for 31 years as a Navy SEAL; a United States navy Special Forces unit trained for unconventional warfare on sea, air, and land. During the interview he stated that his most memorable and best achievement is his family. Admiral Ray Smith and his wife Kathy have been blessed with three sons, Ray, Nate, and Adam, as well as eight grandchildren.

Admiral Ray Smith’s family has a long military lineage and future continuing with two sons and a nephew carrying on the legacy of the Navy SEALs. The Admiral shared how he relocated 21 times over the course of his Navy career and how this provided a great experience for his children as they were exposed to new people and different parts of the world. In his words, they grew up fast with the experiences they were afforded due to moving often.

Admiral Ray Smith stated that his greatest military accomplishment was his assignment commanding 350 men in Desert Storm without losing a single Special Forces Operator. I could hear the sense of pride and immense care he had for these brave men, a heroic memory brought about from an admirable career. He mentioned that out of 37,000 naval officers and enlisted men who enter the Navy every year; about 1,000 men voluntarily apply for SEAL training and out of the 1,000 only 150 are selected to the SEALs.

To become a member of the elite Navy SEAL(s) is an extraordinary achievement. The word “SEAL” is an acronym for Sea Air and Land. The first two teams were formed in 1962 and stationed on both US coasts: Naval Amphibious Base Coronado, in San Diego, California was home of Seal Team One, and Naval Amphibious Base Little Creek, in Virginia Beach, Virginia was home of Seal Team Two. Many people credit President Kennedy with creating the Navy SEALs after his speech announcing his intention to spend over $100 million to strengthen U.S. special operations forces, however, his announcement was a formal acknowledgement of a process that had already been under way.

The eldest son of Admiral Ray Smith, Ray Smith III, is a Fire Captain in San Diego. A career as a firefighter is  another admirable and heroic choice. To become and to continue to be a firefighter, you must pass an extremely rigorous physical fitness test and written exam as part of the stringent requirements. You must train to be able to run long distances, climb stairs and lift as much as 200 pounds, since the challenges that firefighters face demand that they are in tip-top shape and able to negotiate difficult obstacles in the face of fire, smoke and incredible heat. Lives are almost always at risk. Captain Ray Smith III and his wife Kacey, a schoolteacher, currently reside in Carlsbad, California, and are proud parents of four children.

When asked about his childhood in a military family, Captain Smith recalls moving frequently, about every two to three years. In his words, it teaches you a lot about life. You learn to work out of your comfort zone. He feels it made him a stronger and better person. His parents always focused on the positive things about moving, such as the  interesting adventures they were going to experience in the new area, and the chance to make new friends and experience new challenges. He recalls the hurdles in life were handled as a family. He continued to speak about his great experiences as his parents purposefully always drove when they would move, while teaching all of the children about the country’s history during the long drive to their new home.

Captain Smith also talked about his respect for his grandfather, who shared with Ray his loyalty and honor for this country. His grandfather was a prisoner of war in the Far East under Japanese command in World War II. He taught Ray respect and pride for the U.S. and shared lessons that would stay with him for the rest of his life.

Captain Smith has enjoyed his career for almost 21 years now. He recalled that, when searching for a career, his desire was to help people and how that choice made him feel good about himself. Shortly after, a friend   recommended he talk to a firefighter. That was a impactful conversation for him as he made the decision to become a firefighter. He looks forward to going to work each day and feels good about the people he has helped. Just recently, he recalled a day with a 17-year-old boy in a near drowning situation where they saved the child’s life. I could hear the sense of achievement and happiness in his voice when sharing the story with me. Also, he stated, that even when situations on duty do not have the best outcome, he and the other firefighters walk away knowing they have done everything they could.

Captain Smith recalled how life changed for him one day when he was in a tragic car accident. He was broadsided and suffered a severe head injury and broken ribs along with several other injuries. He remembered it was  grandparent’s day and he was on his way to pick up his parents and his grandmother (who at the time was 95 years old) to bring them to an event at his children’s school in celebration of the special day.

Following his accident, he heard about hyperbaric oxygen therapy (HBOT). His father, Admiral Smith, shared information about HBOT with his son as he had found out that many soldiers, sailors and marines with head injuries have been treated with it and have had great success. After checking with his neurologist, Captain Smith received HBOT daily for four to five months. He credits HBOT with the acceleration of his healing as well as helping his processing and memory. He experienced positive psychological benefits and symptomatic relief after HBOT, especially with his sensitivity to light and noise. This is typical in many cases of traumatic brain injury, especially the kind of head trauma sustained in IED Explosions in Iraq and Afghanistan.

Captain Smith is ever grateful that he had the knowledge and opportunity to take advantage of the healing power of hyperbaric medicine. He accredits the combination of HBOT and several days of rest to giving him his quality of life back after the tragic car accident. He was able to return to his career as a firefighter and continues to enjoy the aspect of life that means the most, his family.

An OxyHealth hyperbaric chamber, created by the leader in the industry, was the chamber that Captain Smith used to recover from his accident. The primary mechanism of action of HBOT is reducing inflammation and enhancing cellular activity to promote the body’s innate ability to repair and regenerate. HBOT has been shown to be a promising intervention for a wide array of conditions and recent clinical investigation has demonstrated it’s efficacy to aid in the treatment of several off-label conditions including traumatic brain injuries, autism, CP, stroke, Lyme disease, sports related injuries, anti-aging, cancer, diabetes and much more.

Additionally, a growing number of high-profile personalities and sport figures/teams are endorsing HBOT as more research and physician reported successes have fostered cutting-edge developments in accelerating healing and enhancing quality of life.

Hyperbaric oxygen therapy is the medical use of oxygen in a pressurized environment, at a level higher than one (1) atmosphere absolute (sea level). Increased pressure allows oxygen to dissolve and saturate more effectively in the blood system, primarily the plasma, which has been shown to yield a broad variety of positive physiological, biochemical and cellular effects. This noninvasive therapy is the most trusted and safest way to increase oxygen delivery to all organs of the body. The typical treatment lasts for 60 to 90 minutes, during which the patient lies down and breathes normally.

As for Admiral Smith and his son Captain Ray Smith, we would like to express our gratitude for their contributions to our safety and freedom. There are many lives they have touched and saved, and they continue to do so with their chosen career paths with which they so generously have graced us all.

Music composer Lee Greenwood expresses gratitude for our country’s brave men and women so eloquently in his song “God Bless the U.S.A.,” recorded originally in Nashville, Tennessee, in November 1983. My favorite lyrics from the song follow:
I’d thank my lucky stars
To be living here today
Cause the flag still stands for freedom
And they can’t take that away
And I’m proud to be an American
Where at least I know I’m free
And I won’t forget the men who died
Who gave that right to me
And I gladly stand up
Next to you and defend her still today
Cause there ain’t no doubt I love this land
God bless the USA

ABOUT THE AUTHOR:
Michelle Boudreau is a national bestselling author who was once considered for a Pulitzer Prize nomination. She is a UCLA alumni, and media journalist, authoring numerous publications. Boudreau has 16 years’ experience as a consumer product specialist, focusing on health product awareness. For more information regarding hyperbaric treatments visit www.OxyHealth.com or call (800) 789-0123. The International Hyperbarics Association is a non-profit organization that sponsors hyperbaric oxygen treatments for military personnel in honor of their service. To learn more about the IHA and their philanthropic opportunities, visit: www.IHAUSA.org, or call: 877-IHA-USA1, email: skenitz@ihausa.org