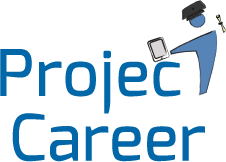 According to research, approximately 1.7 million people in the United States have been diagnosed with a traumatic brain injury (TBI). Symptoms related to this injury vary from person to person, but can include:

These injuries are especially prevalent among transition-aged youth (young people between the ages of 16 and 24). In 2015, the Centers for Disease Control and Prevention reported that the incidence of TBI among people between the ages of 16 and 25 increased 60% from 2001. TBIs sustained by this age group often involve recreational activities such as car accidents and sports-related injuries.

The symptoms associated with TBI often create barriers to academic success for young people, whether they are in technical schools, 2-year community/junior colleges, or 4-year colleges/universities. One study reports that while 80% of students with a TBI state that they struggle with school, fewer than half make use of accessibility services and only about 20% are even aware of other community supports.

Project Career[1] is a multi-site demonstration project funded by the National Institute on Disability, Independent Living, and Rehabilitation Research (NIDILRR), studying the impact of technology and one-on-one case management on college/university students with TBI. Project Career operates out of three universities – Kent State University, West Virginia University, and Boston University and their surrounding communities. Each university has a Technology and Employment Coordinator (TEC) on staff to coordinate services and support the needs of Project Career students.

The first parent (Parent A) describes her daughter Emily (not her real name) as a student who never gave up despite her challenges. Emily, a 22-year-old nutrition major pursuing a career as a registered dietician, sustained her TBI horseback riding as a high school senior. Since sustaining her TBI, she has struggled with memory issues and has experienced a great deal of frustration adjusting to this challenge as she was an exceptional high school student who took accelerated courses prior to her injury.

Her mother explains “that kid never gave up” as she describes the way Emily tackled her challenges, including referring herself to Project Career after attending a Project Career open house. She explains that Emily would not let her injury “get to her,” and that even though she had a hard time with thinking and memory, she was determined to move forward and turn her experience into a positive one.

Emily has been receiving services from Project Career since July 2014, before her sophomore year of college. Her mother sees that her daughter’s biggest frustration is that Emily is unable to absorb information the way she was pre-injury. Using the iPad (provided by Project Career) Emily was able to retrain her brain. She had been given memory games as part of her speech therapy, and the iPad and memory apps helped to reinforce these skills.

In terms of challenges, both expected and unexpected, Parent A noted that Emily had to put more time in studying than she had anticipated and that she was not willing to tell her professors about her limitations. Emily ultimately wanted to work through it on her own. Emily would tell her mother “I don’t want special treatment. I will just work it.” Parent A explained that she had to push Emily to seek accommodations from her school’s Accessibility Services. Ultimately, Emily was released from Accessibility Services after her doctor cleared her to return to full activity. Parent A notes that even though Emily was released from Accessibility Services, she still struggled with memory and need extended studying time.

Parent A repeatedly noted Emily’s positive attitude and determined nature. Parent A’s advice to students with disabilities is “always continue to be yourself. Strive for everything you could do and don’t look at it as a disability. Whatever your best is, that’s what you should aim for. Don’t compare yourself to others, each person has their own strengths.” Emily graduated from WVU in 2017 and is currently attending graduate school to attain her goal of becoming a registered dietician.

The second parent (Parent B) describes her 19-year old daughter Sarah (again not her real name), as a positive and happy young woman who has a go-getter spirit. Sarah, sustained her TBI in a car accident while she was in high school. She learned about Project Career through her school’s Student Accessibility Services and started receiving services in 2015, before she began her freshman year.

Parent B describes fatigue as the biggest challenge that her daughter has faced since sustaining a TBI. “She cannot participate in a lot of activities since she has to go to bed so early.” This has caused Sarah some frustration, as many of the activities on her campus are at night. These include both academic supports such as tutoring in the library and study groups, and social activities such as clubs and service organizations. “She is up against kids who don’t have concussions and they can stay up late and join sororities and other groups. She just can’t do that.”

Sarah’s mother noted that she still suffers with fatigue and memory loss and that she still has 20 or more headaches a month. All of these symptoms impact her ability to go to class, keep up with her classmates and participate in the typical college lifestyle. “It’s like an anchor around her neck. As parents we see her struggle and continue to do things that most college students do on their own.” Parent B went on to explain that this included laundry, shopping and providing dorm room snacks. Sarah has a special diet because of her concussion. That only compounds the challenges she faces every day. She is unable to go out and eat with friends or just grab a quick bite between classes.

Although Sarah has academic accommodations through Student Accessibility Services her mother noted Sarah needed more than what was provided. Parent B felt that the academic accommodations – requiring extra time, a note taker, priority scheduling and preferred seating – did not level the playing field. For example, Sarah was not admitted to an academic program of her choice because she did not have extracurricular activities on her application. According to Parent B, Sarah is competing against “normal” students and she cannot keep up. “When her battery runs down, she is out of energy for the day. There is nothing she can do but sleep.”

Once Sarah enrolled in Project Career, Parent B noted “she felt more hopeful,” because the full results of the concussion were recognized and not just the physical aspects of the injury. To help Sarah maintain her energy and continue to benefit from Project Career services, her TEC met her at her university’s library instead of the Project Career office. The library was significantly closer to the student’s dorm, thereby requiring less energy. Additionally, the TEC helped with entering syllabi information into Sarah’s organization app, as well as with meal planning and locating restaurants that delivered and had meals she could eat. Her TEC also provided career counseling as Sarah determined a new field of study and ultimately decided to transfer to another university. Despite the transfer, Sarah continues to participate in Project Career, by utilizing the FaceTime option on her iPad to communicate with her TEC.

Parent B’s advice to parents of other students with TBI is “When you have a concussion, you just can’t do it all. Go to accessibility services and ask for help. Do a lot of praying. It is hard to let a child with a disability go. It is not like the typical student that you can kick out the door and say see you at Christmas. It really presents a challenge.” Parent B went on to state that today’s technology makes it easier to keep track of your children and to make sure they are getting the help they need. There is a constant connection if the student needs help with something quickly.

These two very different experiences highlight the many variables that exist in the impact of TBI and the reaction to TBI. There are no two TBI experiences that are going to be the same. The age at injury, the type of injury, and the severity of injury all impact the manner in which a TBI will affect the individual involved. Parental and societal support, along with the person’s attitude and life outlook, will contribute to the full effect of the TBI.

Because of the great disparity in the needs experienced by students who have a TBI the Project Career TECs work with each student on an individual basis, tailoring each person’s technology and case management to his or her individual challenges and strengths. The apps provided through Project Career are specifically chosen for each individual based on needs, skills, academic programs and more. The Project Career TECs use the Matching Persons and Technology Assessment Tools to help determine the best cognitive support technology and the best way to introduce this technology to their students. This individualized approach ensures that each student is getting the exact services they need to have the best education and employment outcomes possible.

[1] A comprehensive description of Project Career is given in the November 2017 issue of Exceptional Parents Magazine. http://reader.mediawiremobile.com/epmagazine/issues/202245/viewer?page=52 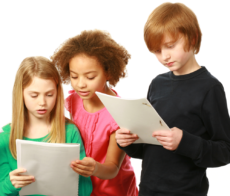