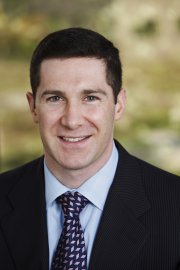 With spring sports like baseball, softball, and soccer coming up, parents need to be aware of why concussions are such serious injuries and how they can be treated. Here are six important things every parent should know about concussions.

Concussions have traditionally been associated with high-impact sports like football, and even in this setting, knocks on the head that don’t “seem” serious have often been brushed off. However, it’s becoming more common to see young athletes of all types being pulled off the field or court for possible concussions. And there’s a very good reason for increased caution.

In the past, we’ve looked to experienced parents and coaches to render a preliminary diagnosis when an athlete suffers a blow to the head, but given the seriousness of untreated TBI, head injuries can’t be handled that way anymore. If a possible concussion is even suspected, it’s important to seek a doctor’s diagnosis.

Given that 1 in 5 high school athletes will experience a concussion during the playing season and that the number of reported concussions is rising, parents shouldn’t worry about “overreacting.” From a caregiver’s perspective, it’s infinitely preferable to rule out TBI up-front than it is to retroactively treat an injury that has gone undiagnosed for weeks, months, or even years.

Here are six things parents, teachers, and coaches need to know about concussions so that they can protect the young people in their care:

Concussions and TBI do real damage to the brain. Concussions and TBI occur when the brain suddenly shifts within the skull—usually as the result of a sudden blow, jolt, or change of direction (e.g., whiplash). A football tackle, being hit with a baseball or softball, heading a soccer ball, or tripping and falling are just a few of the athletic scenarios that can result in TBI.

TBI and concussions are characterized by torn nerve axons, bruising, and inflammation. If not treated properly, this damage can continue to impede brain function, even long after the initial injury.

That damage can have long-term effects. Because children’s brains are still growing, they are especially vulnerable to concussions. The damage caused by TBI can impair normal development. Potential long-term effects of childhood concussions include abnormal brain activity that lasts for years, memory problems, attention deficits, difficulty handling anger, language impairment, personality changes, difficulty making decisions, “foggy” thinking, and more.
The bottom line is, a childhood concussion can adversely affect an individual’s personal and professional success throughout his lifetime.

Multiple concussions are especially dangerous. If a child is concussed a second time while a previous brain injury is still healing, she may experience more serious symptoms, a longer recovery time, and even permanent cognitive and neurological damage. Since TBI is not a visible injury, multiple concussions are a major concern—especially for young athletes.

Many children return to sports or other risky activities before they have fully healed. Once again, it’s crucial for parents and coaches to fully follow doctors’ advice and to err on the side of caution.

The signs of concussion can range from mild to severe. The immediate effects of a concussion can be subtle or very noticeable. Some of the most common post-concussive symptoms include headache, visual blurring, light sensitivity, difficulty concentrating, dizziness and balance problems, nausea, memory dysfunction, and fatigue. When in doubt—whether you notice symptoms or not—it’s always smart to get your child checked out after a blow to the head.

The first and best line of defense is prevention. No, you can’t raise your child in a bubble, but you can take precautions to lower his risk of becoming concussed. If your child participates in an activity where falls or blows to the head are a possibility, make sure he wears a helmet. (This page from the CDC is a good resource for learning about proper fit and maintenance for various types of helmets.)

If your child plays a sport and you see unsafe behaviors happening in practices or games, speak up. Likewise, voice your concerns if you believe coaches and other parents aren’t taking head injuries seriously. Remove your child from the team if changes aren’t made. While I don’t believe that the risk of concussion means that parents should pull their children out of sports, I am a strong advocate of taking all reasonable precautions to keep young athletes safe.

The standard wait-and-rest advice may not be good enough. If your child suffers from a concussion (or one is suspected), you’ll most likely be advised to make sure that she rests physically and mentally for a few days. But don’t stop there. The biggest mistake most parents and coaches make is assuming that everything is okay when a youngster appears to have returned to normal after a few days of downtime. Remember, damage may be present that you can’t see—and the only way to ascertain whether healing is complete is via functional brain imaging and other tests.

Fortunately, the more science uncovers about the brain, the better we’re able to diagnose concussions and prevent negative long-term effects. Each brain’s cognitive abilities and electrical function is unique—meaning that “healing” will look different for each person. For this reason, it’s highly recommended that children and teens—especially athletes—get baseline tests (including neurocognitive testing and an EEG) before the athletic season begins. Having this baseline data on hand helps doctors evaluate the severity of the injury and determine when it’s safe for your child to return to prior activities.

And what if it is determined that TBI has taken place? Here’s an overview of three treatment options that have been proven to promote brain healing and health:
• Hyperbaric Oxygen Therapy (HBOT). After patients are placed inside a hyperbaric oxygen chamber with an oxygen concentration of 100 percent, the chamber is slowly raised between 1.5 to 2 times the normal atmospheric pressure. This allows more oxygen to enter the bloodstream, and where oxygen concentration is increased, healing is enhanced. Research has shown that HBOT dramatically improves both blood flow and function in the brain after injury.
• Neurofeedback. As patients’ brain waves are read in real time, special software gives rewards—for example, audible feedback or making a movie brighter—when optimal brain wave patterns occur. This prompts the brain to subconsciously re-pattern itself.
• Diet and Nutrient Interventions. The acute (and eventually chronic) inflammation that occurs as a result of concussive injuries is at the heart of why they continue to cause problems. Incorporating certain nutrients and strong antioxidants into a patient’s diet can reduce inflammation and oxidative stress. Further, eliminating foods that can lead to low-grade inflammation (such as sugars and common food allergens like gluten and dairy) may also be helpful. Diet and nutrient interventions are customized to the individual.
Brain health isn’t something most people think about on a regular basis—we tend to simply assume that our brains will always be there, doing their jobs. But the truth is, the brain is just as vulnerable to injury as other parts of the body. And in fact, TBI can have more serious, longer-lasting effects than, say, a typical broken arm or leg. Please, don’t assume that concussions are “normal” or that they won’t happen to your child. The more you know, the better equipped you’ll be to prevent and recognize concussions, and to seek proper treatment if one occurs.

About Dr. Adam Breiner:
Adam Breiner, ND, is the medical director of The NeuroEdge Brain Performance Center, a division of The Breiner Whole-Body Health Center in Fairfield, CT. The Center is one of the only free-standing hyperbaric facilities in the region, focusing on helping patients with neurological conditions.

A graduate of the Canadian College of Naturopathic Medicine, Dr. Breiner is a member of the Undersea & Hyperbaric Medical Society, the International Society for Neurofeedback & Research, the Association of American Physicians and Surgeons, and the Connecticut Naturopathic Physicians Association.

Dr. Breiner has been a featured speaker on the subject of hyperbaric oxygen therapy, as well as EEG neurofeedback for healing the injured brain. He has also lectured on various topics including natural whole-body approaches to healing Lyme disease.

Offering a multitude of services, the Breiner Whole-Body Health Center discovers, shares, and implements innovative ways to bring people to better health. From naturopathic and integrative medicine to holistic dentistry, the whole body is always taken into consideration.

For more information, visit www.theneuroedge.com or www.wholebodymed.com. To make an appointment, please call (203) 371-8258.