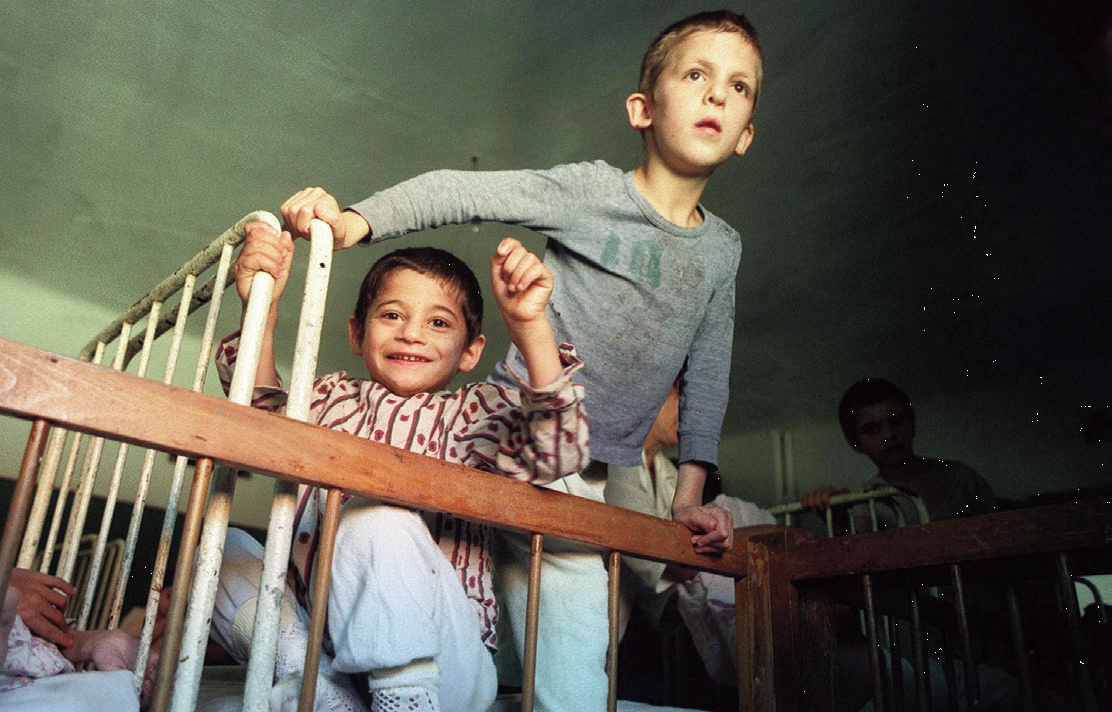 “During the 1980 Olympic games in Moscow, a Western journalist inquired whether the Soviet Union would participate in the first Paralympic games, scheduled to take place in Great Britain later that year. The reply from a Soviet representative was swift, firm, and puzzling: “There are no invalids in the USSR!”1

A more recent report from “Russia Beyond the Headlines” a global media project sponsored by Rossiyskaya Gazeta, a publication of the Russian State specified that:
“1. There are 12.85 million people with disabilities in Russia out of a population of 143.5 million (authors’ calculation – 8.9%) In comparison, approximately 50 million Americans, or about one in five are living with a disability, according to the C.D.C.
2. In Russia, only 32 percent of the 2.5 million people with disabilities who of working age are employed. Fifty-six percent of Americans with disabilities are working, according to a 2002 report on Americans with Disabilities.
3. This year, 122.6 million rubles will be allocated to help Russians with disabilities find jobs as part of the Accessible Environment program. The money will be distributed via nonprofit organizations that work with the disabled.
4. According to a recent study by the online job site HeadHunter.ru, 50 percent of Russian companies surveyed have staff with disabilities. None of the companies surveyed reported any problems with these staff members.” 2,3

Now that the fanfare over Sochi Winter Paralympics has abated, “…people with special needs and their advocates fear that the progress made leading up to the Games will stagnate, and improving life for Russians with disabilities will slip from the agenda of government officials.” 2 The infrastructure in Russian cities poses an insurmountable obstacle for many people with physical impairments, and it is especially hard for disabled people to find work.  “When they do, they tend to be employed in specially created jobs that often only enhance their isolation, according to the study. Moreover, medical facilities and doctors are insufficiently prepared to treat special needs… According to Human Rights Watch experts, most of the problems Russia faces today in caring for people with disabilities are rooted in the Soviet past.”2

“Nearly 30 percent of all children with disabilities in Russia live in state orphanages, though 95 percent of them have at least one parent, according to a Human Rights Watch (HRW) report.” 4

Although the Russian government has launched a program to move away from the overuse of institutionalization of children with disabilities, HRW has documented that many children with disabilities ended up in orphanages because healthcare workers pressured their parents to give them up. The report outlines such problems as a lack of access to necessary health care, a lack of adequate nutrition and attention, insufficient opportunities for play and low levels of formal education. The problems cited usually result from poor training programs for orphanage staff, as well as under staffing.4

WITHIN ORPHANAGES
“Children in Russian orphanages are almost certain to have at least one disability. The disabilities can be congenital or related to alcohol consumption by the mother during pregnancy — or they have arisen because of the loss of emotional contact that comes with life in a state orphanage.” 5

Human Rights Watch documented the segregation of children whom staff deemed to have the most “severe” disabilities into so-called “lying-down” rooms, where they are confined to cribs and often tied to furniture with rags. “Many of these children received little attention except for feeding and diaper changing. Many children in these settings are rarely if ever given the chance to leave their cribs, interact with other children, or go outside… Many children with disabilities confined to ‘lying down’ rooms suffer stunning delays in their physical, emotional, and intellectual development…” 6

“Staff justified keeping children confined to cribs stating that children were contagious (including in cases when children had non-communicable diseases such as schizophrenia); that children did not understand anything and therefore could not benefit from going outside or to classes, when the latter opportunities were available; or that the children’s health was too fragile to remove them from their beds … Orphanage administrators also discourage employees from paying attention to children, playing with them, allowing them outside contact or taking them outdoors, arguing that attention would “spoil” the children, the (HRW) report said.”7

Some historical background – In tsarist Russia, disability care was little developed, yet showed certain similarities with other European countries. Disabled children received support through charities and private philanthropy. The October revolution of 1917 proclaimed a better future for all the country’s citizens. “Outcomes: ‘Educable’ children received schooling, while ‘non-educable’ children were placed in separate institutions. This marginalisation was reinforced by the focus on the productive worker. Soviet Russia developed defectology (emphasis added) as a science and increased the use of institutional solutions.” 8

Ambitious plans to reduce the number of orphans in Russia are running into strong institutional resistance, child welfare campaigners have warned. The Kremlin has launched a program to move tens of thousands of children out of institutions and into family homes.

Most have been abandoned by their parents and receive little or no education. “But the campaigners say there is opposition to reform from institutions that benefit from the state funding orphans. It’s huge resistance of a system which wants to keep money, working places and jobs… Using official statistics experts calculate that about 300,000 children in Russia are in state residential homes at any one time, but estimates differ widely. The government says there are 118,000 ‘orphans’ in children’s homes. Most have living parents, but have been rejected by them.” 9

AT HOME
In addition, the BBC (British Broadcasting Company) has obtained evidence of the abuse and prejudice which is widespread against the estimated 13 million people with disabilities in Russia. “Many are like prisoners inside their own homes, unable to go outside because of the lack of basic facilities in the towns and cities, while tens of thousands of children with disabilities go without any education.10

SUMMARY FINDING
The executive summary of The U.S. Law Library of Congress’s report of Children’s Rights in Russia headed its report with the statement that, “Protection of children’s rights is a serious problem for Russia, particularly because of the worsening demographic situation and progressive involvement of youngsters in criminal and other underground activities….

(despite that fact that the) Russian Constitution, which was adopted in 1993, provides for the state protection of childhood, motherhood, and the family.” 11

The major report by Human Rights Watch, “Abandoned by the State: Violence, Neglect, and Isolation for Children with Disabilities in Russian Orphanages,” found that many children and young people with disabilities who have lived in state orphanages suffered serious abuse and neglect on the part of institution staff that impedes their development. “Some children interviewed by Human Rights Watch said that orphanage staff beat them, injected them with sedatives, and sent them to psychiatric hospitals for days or weeks at a time to control or punish them.” 12

The complexity of providing for the needs of youngsters with disabilities was exacerbated in 2013 with Russia’s ban on adoptions, ever since President Vladimir Putin made it illegal for U.S. families to give Russian orphans with and without disabilities a home. Moscow’s new law prohibits children who need medical help unavailable in Russia from being adopted by Americans. The argument the Kremlin used in defending the adoption ban was conceived last year as political revenge for a recent piece of U.S. human-rights legislation. 13

The litany of abuse and neglect which fill international reports portray the system in Russia as surpassing the darkest memories of the U.S.’s approach to care of youngsters and the not so young with disabilities in past decades. The need for support and change in Russia is beyond words. If there is anything constructive for others to learn regarding the concern for individuals with disabilities from the review of the Russian experience, it is that constant vigilance is essential to assure individuals with disabilities and their families that they are equal members of our communities and entitled to the limits for which they are capable; be it an education, health and social support, a residential setting, employment and beyond.•