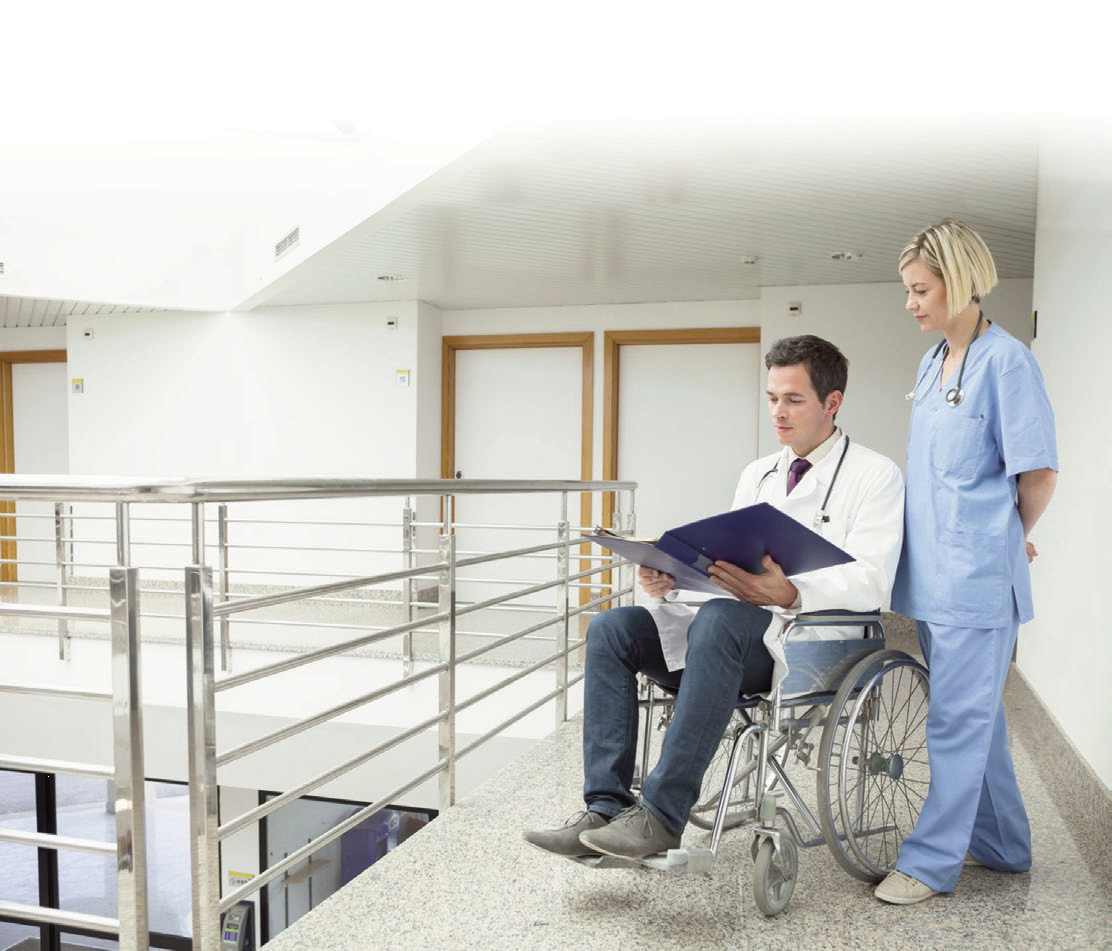 Not too long ago we saw a young actress who was in a wheelchair on stage in a musical comedy show. She sang and delivered lines like everyone else in the production. She and the show were great. More recently we saw a ballet program on television with a pas de deux (a dance duet in which two dancers, typically a male and a female, perform ballet steps together; including lifts of the woman). This presentation was different; the woman was in a wheelchair. As in many ballet performances, this dance included the woman being lifted (in her wheelchair).

The last time we saw a major actor in a wheelchair in a non-war related movie was Lionel Barrymore in Frank Capra’s 1946 film, It’s a Wonderful Life. It is played annually on television at Christmas time. But Barrymore was a crotchety old man – so that doesn’t count.

We’ve gotten so accustomed to seeing curb cuts at street corners that most of us probably think it was always that way. Historically speaking, footpaths were finished at right angles to the street surface. It wasn’t until 1940 that the first curb cuts were installed in Kalamazoo, Michigan as a pilot project to aid employment of disabled veterans.1

Then there are the Braille writings and automatic enunciators in elevators (and enunciators at some crosswalks) to assist the blind reaching the correct floor (and the safety of the sidewalk). Street signs that warn drivers of blind and deaf pedestrians in local areas are posted along our streets. Parking for individuals with disabilities is a common sight in front of large malls, movie theaters and just about anywhere parking lots are located. Airlines even boardfirst those individuals who need assistance prior to the rest of the “sardines” filling up the planes with all sorts of luggage.

Ramps to bypass stairways are a common sight for individuals using wheelchairs. Driving using hand controls, (one of our college students was born without arms – with fingers at her shoulders – she steers her car with her feet), large print books and magazines, audio assisting equipment in theaters, sign language translators, service animals, special education programs and unbelievable numbers of technical advances in electronics to assist individuals with disabilities, are but a partial listing of efforts to support individuals with limitations as they carry on their everyday lives.

In 2008, the Americans with Disabilities Act Amendments Act (ADAAA) made a number of significant changes to the definition of “disability.” Before ADAAA: The definition of major life activities included but was not limited to: caring for oneself, performing manual tasks, seeing, hearing, speaking, breathing, learning, and working. Now: The following activities have been added: eating, sleeping, walking, standing, lifting, bending, reading, concentrating, thinking, and communicating. While the list of major life activities has been expanded, it remains “illustrative.” In other words, the list is not intended to be all inclusive and an activity not listed may be covered.2.3

In line with the ADA legislation, a presentation in the publication of the Academy of Medicine emphasized the thought “…that medical students need not be unblemished physically; medical educators” obligation is to educate those students who are qualified to become physicians by virtue of intelligence, professional attitude, and ability to effectively interact and communicate.”4

In the preparation for the writing of an earlier article that appeared in EP Magazine in 2009 about individuals with disabilities in the health professions, we initiated a literature search and then began writing regarding the major advances that have developed since the ADA which provided for the access of students with disabilities in every level of education.5 It was only as we neared the completion of the article we remembered, that for more thirty years one our colleagues have been a bilateral above the knee amputee and wheelchair bound since his first days of dental school training. Dr. Mark Swerdloff, (Mark to everyone) is a Board Certified Oral and Maxillofacial Surgeon who has been honored repeatedly for his teaching prowess, patient care and vast array of accomplishments. We guess that we just forgot about his disability; he just seemed normal.

It is just normal:
• Most people have dark colored hair; is that why blonds have more fun?
• Many men to lose the hair on their head in particular patterns.
• Some populations are shorter than other populations.
• Some drivers drive five miles an hour above the speed limit; supposedly the police don’t bother them.
• Some people buy brand new jeans that are torn, ripped and obviously sewn together with garish material. (It’s in style.) (Obvious, a manufacturer was stuck with a mound of fabric torn-up by a defective machine and came up with the idea to unload the mess by selling the jeans at an increased price?)
• Distressed furniture. (Once again, a dropped or scrapped piece of furniture that was salvaged by a public relations gimmick; similar to the euphuism for the sale of a pre-owned rather than a used automobile)
It used to be normal:
• Not to use seat belts when driving.
• To take newborns out of the hospital without a car seat.
• For great segments of the population to smoke.
• For older people to lose all their teeth.
“The inevitability of this process (the loss of teeth) was recognized (before the establishment of the British National Health Service) and in many industrial towns of the North, people often made the pragmatic decision not to put off the evil day, and so the extraction of all teeth and the fitting of dentures became a recognized twenty-first birthday or wedding present.” 6

“NORMAL” FOR A DISABILITY?

The World Health Organization describes disabilities as “…an umbrella term, covering impairments, activity limitations, and participation restrictions. An impairment is a problem in body function or structure; an activity limitation is a difficulty encountered by an individual in executing a task or action; while a participation restriction is a problem experienced by an individual in involvement in life situations.

Disability is thus not just a health problem. It is a complex phenomenon, reflecting the interaction between features of a person’s body and aspects of the society in which he or she lives. Overcoming the difficulties faced by people with disabilities requires interventions to remove environmental and social barriers.

People with disabilities have the same health needs as non-disabled people – for immunization, cancer screening etc. They also may experience a narrower margin of health, both because of poverty and social exclusion, and also because they may be vulnerable to secondary conditions, such as pressure sores or urinary tract infections. Evidence suggests that people with disabilities face barriers in accessing the health and rehabilitation services they need in many settings.” 7

During the Middle Ages, madness and other conditions were thought to be caused by demons. They were also thought to be part of the natural order, especially during and in the fallout of the Plague, which wrought impairments throughout the general population. Contemporary concepts of disability are rooted in eighteenth- and nineteenth-century developments. “The concept of the ‘norm’ developed in this time period, and is signaled in the work of the French statistician Alphonse Quetelet, who wrote in the 1830s of l’homme moyen – the average man. Quetelet postulated that one could take the sum of all people’s attributes in a given population (such as their height or weight) and find their average, and that this figure should serve as a norm toward which all should aspire.

Disability, as well as other concepts including: abnormal, non-normal, and normalcy came from this orientation. The circulation of these concepts is evident in the popularity of the freak show, where showmen profited from exhibiting people who deviated from those norms.” 8 (See an earlier review in EP Magazine of freak [side] shows.9). In the early 1970s, disability activists began to challenge how society treated people with disabilities and the medical approach to disability.

While researchers may develop approximations of disability frequency rates in a population, there is no mathematical average to classify the “norm” for a disability. The extent and severity of disabilities can best be described in terms of the range of factors that impact on an individual’s functions. Surrounding ourselves with the increasing numbers of children and adults with disabilities should teach us that many are capable of activities beyond our expectation; indeed, beyond our definition of “normal.” •