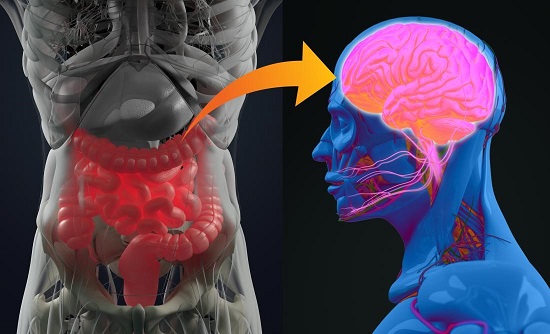 By Tim Newman
A new study investigates the relationship between autism, the immune system, gastrointestinal issues, and gut bacteria. The story is a complex one with many questions still remaining unanswered, but this latest project adds insight.

Characterized by difficulties with socializing, and often accompanied by repetitive behaviors, this neurodevelopmental disorder harbors many mysteries.

Despite its prevalence and a glut of research, the causes behind ASD are still not fully understood.

Although ASD primarily impacts the brain, over recent years, links with other systems have become clear — in particular, gastrointestinal (GI) issues seem to occur more often in individuals with ASD than in the rest of the population.

In one study, compared with typically developing (TD) children, those with ASD were six to eight times more likely to report GI symptoms such as bloating, constipation, and diarrhea.

Other studies have shown that children with ASD who experience GI problems are more likely to have more severe symptoms of ASD. Also, treating the GI symptoms can sometimes relieve the behavioral and social symptoms of ASD.

Interestingly, behavioral issues are found alongside other conditions that impact the gut. For instance, people with celiac disease are more likely to have autism-like traits and other psychological symptoms. The gut and behavior seem tied together in some way.

According to many researchers, the GI issues that come with ASD might be due to two factors: firstly, inappropriate immune activation, causing inflammation of the tract; and, secondly, differences in the types of gut bacteria that are present.

However, the picture is still incredibly murky, and studies produce differing results, finding different types of inflammation and various changes in gut bacteria.

The gut and the immune system

Recently, researchers from the University of California, Davis MIND Institute in Sacramento set out to investigate these relationships in more detail. Led by first authors Paul Ashwood and Destanie Rose, their results were published recently in the journal Brain, Behavior, and Immunity.

The scientists examined 103 children, aged 3–12. The participants were split into four groups:

To assess both the immune response and gut bacteria, the researchers analyzed blood and stool samples.

Children in the ASD+GI group showed a number of differences compared with the other three groups. For instance, they had higher levels of inflammatory cytokines — which are signaling molecules that promote inflammation — such as interleukin 5 (IL-5), IL-15, and IL-17.

Both the ASD+GI and ASD children had lower levels of TGF beta 1, a protein that helps regulate the immune system and keep it in check. The fact that this change was measured in both groups is an interesting finding; it suggests that children with ASD but no GI symptoms could be experiencing other inflammatory conditions.

“It’s significant that the regulatory aspect of the immune system is decreased, which puts them at risk for inflammation,” says Rose. “Many studies point to different types of inflammation, and I think this one kind of summarizes why all those other findings can be true at the same time.”

TGF beta 1 is also known to be important in neurodevelopment, so this protein could potentially be the link between neurological symptoms and immune system dysfunction. However, much more study will be needed to get to the bottom of this relationship.

Similarly, children in the ASD+GI group tended to have lower levels of the protein zonulin, which helps to regulate how permeable the intestinal wall is.

Earlier studies have demonstrated that children with ASD have “leaky” guts, meaning that toxins and undigested food are able to cross from the intestine to the bloodstream.

Children with ASD, whether with or without GI symptoms, had different gut flora populations than the TD groups. However, the ASD+GI group also differed from the ASD group.

Interestingly, the researchers noted differences between the ASD+GI and TD+GI children.

“This work opens up interesting new avenues to determine how the microbiome may be driving the mucosal immune response in ASD or whether immune activation drives the microbiome changes. At present we don’t know.”

“This immune activation is not helping these children. It might not be causing autism — we don’t know that yet — but it’s certainly making things worse.”

Ashwood continues, “It’s a step toward understanding co-morbidities that are present in at least half of children with ASD, and working out which of these children may respond well to certain types of therapies. Although it’s still early, this work suggests we need to find ways to ease inflammation to help these children.”

Though there are plenty of questions left to answer, this study fills in some blanks and shows that the relationships are complex. Hopefully, the findings might help to guide and develop future treatments.