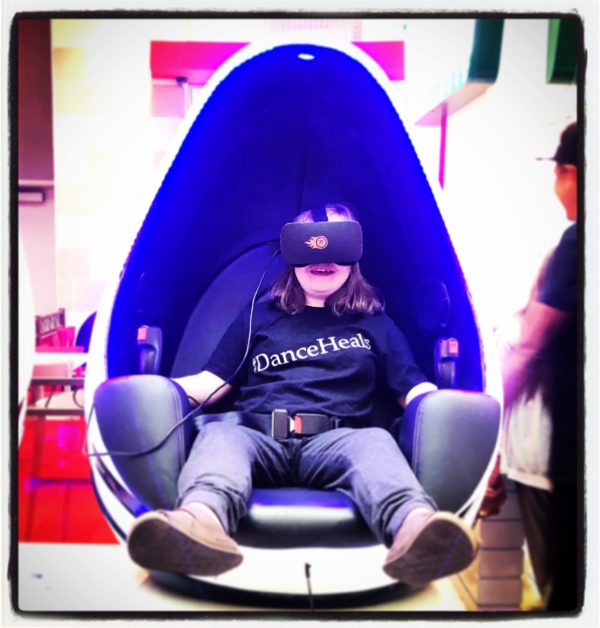 It can be like bang your head against the wall screaming for mercy several times a day hard.

Don’t get me wrong. I adore Sophie. At 14 and a half she is 4 feet, 5 inches of pure joy – until she’s not. And then the combination of an extra chromosome and a whole lot of hormones mixes to create the stuff of horror movies and migraine headaches.

Pretty much all teenagers fight to be taken seriously. In many ways, Sophie is a little kid trapped in an increasingly grown-up body.

Consider a recent overnight trip I made with Sophie and her older sister Annabelle. From before we left to the moment we came in the door, it was one ugly negotiation after another. Sophie won’t brush her hair. She won’t pack a sweater. She can’t find her phone charger. She walks too slowly. She walks too quickly – engaging strangers in conversation, even when we’ve begged her a thousand times not to.

With her stature and speed, Sophie gets lost in a crowd, and I worry constantly. She darted ahead on a moving sidewalk at the airport, pausing to chat up an older lady, and as we hustled to catch up, I kept an eye on Sophie and remarked to Annabelle how terrifyingly simple it would be for someone to spirit our little girl away.

“Yeah,” Annabelle replied. “But I bet she’d wind up with, like, the perfect family – living in a castle somewhere.” Someday years later we’d see her on Broadway, we joked. Or as a contestant on Project Runway.

Sophie is definitely a kid who gets what she wants, or goes down fighting.

By the end of the weekend, we were all exhausted. We stood in a long line for security, then boarded our plane home. As usual, Sophie argued her way to the window seat, then instructed me to pick up her bag, order her a cranberry juice (the whole can!), put my arm around her just the right way, grab her dropped phone.  (For the record, I refused to pick up the bag.)

Finally, we settled down and the plane took off. When I fly I always keep the shade closed, eager to be anyplace but up in the air. But Sophie loves to look out. I purposely looked away, needing a break from both my kid and the view.

Toward the end of the flight, I glanced at Sophie. She was calm and intent, staring out the window as the plane approached Phoenix Sky Harbor. Suddenly, surreptitiously, she lifted her hand and gave a little wave.

My heart exploded. I’m not sure who Sophie was waving at – her father, for sure, but who else? Her friends at school, her teachers, therapists, coaches, all the boys she has crushes on.

Sophie fights for what she wants, 24.7. And she’s made her way. That little wave was full of love and anticipation and it made me love Sophie’s world, which is my world.

It might have even given me a little fuel for all those remaining teenage years.