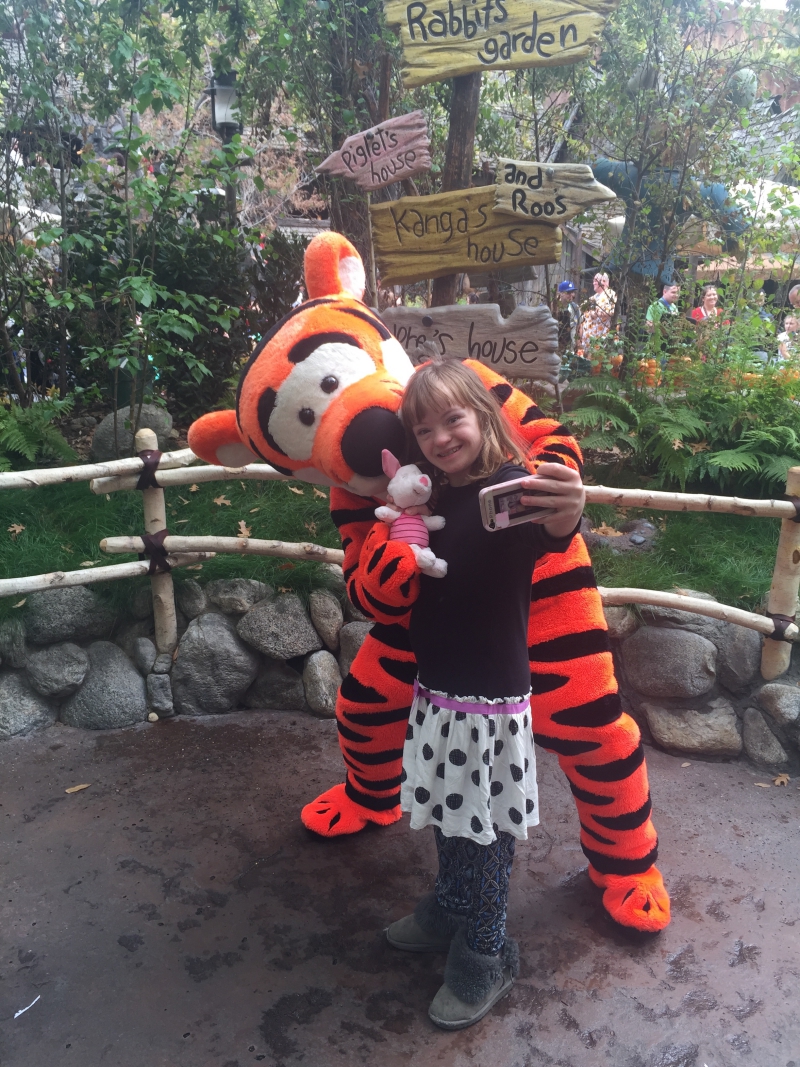 Not long ago, we let Sophie play hooky from seventh grade for two days, and took her to Disneyland. I considered it an educational trip – every time we go, it seems, Sophie gets a little smarter.

When Sophie was just shy of 5, she made her first real foray into potty training after the promise of Snow White panties in exchange for dry pull-ups. At 7, she showed compassion and maturity by befriending a Disney employee who happened to be a little person, a young man who later admitted to me that he often felt left out and shunned by kids visiting the theme park.

And on our most recent trip, Sophie demonstrated a pretty good ability to hold it together when told that her very favorite character would not be appearing at all during her time at Disneyland.

Parents, here’s a pro tip: Don’t let your babies grow up to love Piglet. Nudge them toward Mickey Mouse, Cinderella, or Goofy. Piglet rarely appears at Disneyland, even though there’s a whole “critter country” with AA Milne characters. Eeyore, Tigger and Winnie the Pooh – but never Piglet.

By the time we reached the front counter at City Hall and Sophie received official word that no, Piglet was not coming out this week, there were tears — and one giant sob. But the kid pulled it together with uncharacteristic maturity. Within minutes she’d talked me into buying her not one but two stuffed Piglet toys, one of which she initially intended to give to Pooh but ultimately decided to keep for herself, solving her problem by asking Tigger, Eeyore and Pooh to pose for selfies with her and stuffed Piglet.

“Wait,” Sophie asked as we were standing in line at Critter Country, looking serious and eyeing a six-foot tall neon orange and white furry. “Is Tigger really the real Tigger or a person in a costume?”

Instead I recalibrated quickly, trained over the years, and smiled. “It’s a costume,” I said quietly, so the toddlers in line with us didn’t hear.

Sophie is smart (whatever that word means, I don’t know anymore) and getting smarter all the time. But I would be lying if I didn’t admit that yes, she is hemmed in by the impact an extra 21st chromosome has on her brain.

I came home from Disneyland to news that advances have been made in a drug that can basically undo Down syndrome by greatly improving cognition. There’s a big debate in the Down syndrome community about whether that’s a good thing. Many parents don’t want to be told that there’s anything wrong with their child, and I get that. I admire it.

But it’s not that simple.

“Hey Sophie,” I asked her one morning. “If there was a pill you could take and you wouldn’t have Down syndrome anymore, would you take it?”

She stopped midway through a bite of Cheerios, nodding without hesitation.

There it was — matter of fact, honest, and out there.

If only there was a pill we could ALL take.