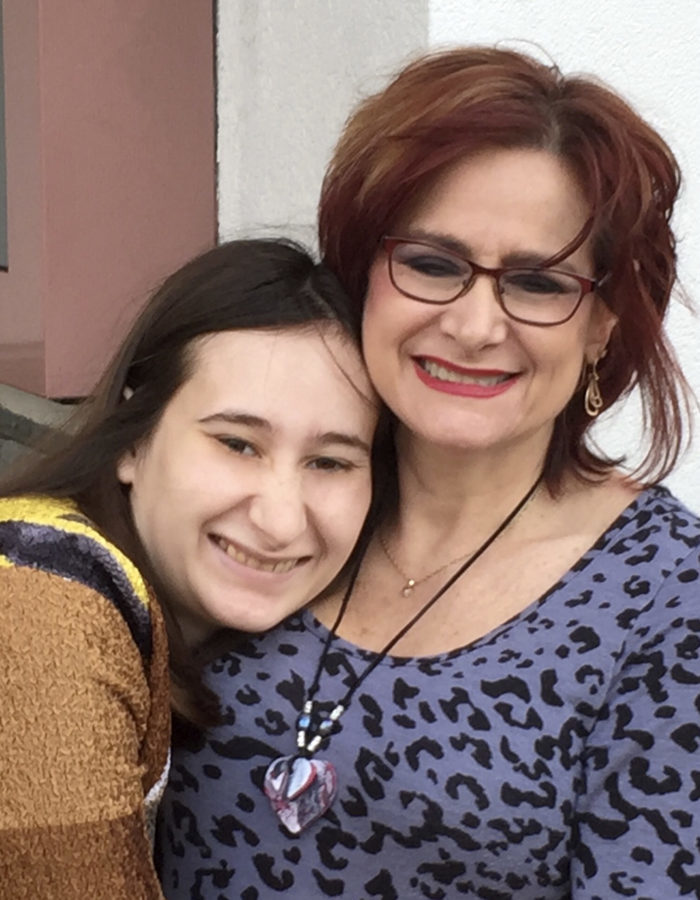 I recently read an article concerning the isolation that Special Needs parents often feel. It was an intensely personal look at the part of being a Special Needs parent that no one thinks about and, although I could have written it word for word, I didn’t.

That’s not to say I don’t have many thoughts on the subject, only that I haven’t shared many of them in print.

Before I delve deep, the most important thing you have to know is that I love my daughter with all my heart. The things I do for her…the sacrifices I make for her…are all done with love. All parents make sacrifices for their family. The difference is in the magnitude and longevity. Most Special Needs parents don’t have the reprieve that the teen years or adulthood bring to typical families. Sacrifices may or may not be an appropriate term when something is done out of love but there’s a part of it that does seem sacrificial when your schedule is completely reliant on what someone else needs to do. This is something that is not truly understood by those with typical family concern and often is never outgrown.

Being self-employed allows the flexibility needed to work around my daughter’s schedule but when you see someone at a networking function and they announce to the group that I’m never around, that stings. It also shows they don’t understand. Nor do they want to. Let me spell it out for you.

Most Special Needs parents of children attending school have a good chunk of their days free; however, many still bring their children to therapy and usually more doctors’ appointments than typical families. When your child with Special Needs ages out of the school system, that’s another matter entirely. Typical parents (I refuse to use the term “normal”) don’t consider what happens next because by then, their children have been able to stay home alone for years. The teen years often see their children driving to see their friends. After their children graduate, it’s often off to college. Not so for Special Needs parents. We don’t have that in our future. To many of us, our children, along with their skill and coping levels, remain frozen in time.

I was once verbally attacked by a friend who said, “I don’t see what you’re complaining about. I raised several kids on my own.” This was like a physical blow to me. I responded, “Yes, you did and you did a great job. But you knew when your children grew up, they would leave the house. I don’t have that. I will never have that.” Still, she didn’t get it. Special Needs parents will. Interestingly, that same person, whose daughter is roughly the same age as mine, told me that her daughter would be glad to spend time with my daughter, as mine doesn’t have many friends. I asked her if her daughter would be spending time with her as a peer or as a babysitter. She had no comment as she perhaps saw that her daughter could not truly be friends with someone her own age when she was married with a child and mine was still childlike in many ways.

Then, there are the ‘typical’ parents who feel I’m being overprotective. Let me tell you how I feel about that by illustration.

I don’t let my daughter outside by herself even though she’s technically an adult. It’s not the same world I lived in when I was young. Too many people cause harm to others and her judgement, or lack thereof, may cause her to be too friendly to the wrong person. So, she remains supervised always. As for the person who told me I was smothering her? I responded that all it takes is one time to bring tragedy. And, how do I live with myself if I had bent to peer pressure instead of trusting my own judgement and the unthinkable happened? I’m not about to give it a try.

These “well-meaning” (read: judgmental) people don’t realize that by the time they’ve come up with these clever statements, I’ve already done hundreds of hours of research, spoken to many doctors (both hers and mine) and spent enough time with my daughter to know I am on the right track.

Since I’m self-employed and my daughter doesn’t work or go to programs every day, I find networking groups that either meet when she’s at work or don’t mind if I bring her along. I work from home so I can adjust my schedule to work at night or on weekends if necessary.

As a side note and directed to the person who said I’m never around, ask yourself if it’s by choice. Ask yourself if there are times I’d like to go out with the girls. Ask yourself why you’re judging a situation you may not understand.

And, see if there’s anything you can do to help. Or, just keep your comments to yourself if they are not meant to be helpful. I love my job. I love my daughter. And, I shouldn’t have to choose.

Carey Nelson Handley is a Graphic Designer/Printer who is also the Special Needs Advisor for her husband’s law practice in the in the Katy/Richmond, Texas area. She has a 24 year old daughter with Special Needs whose challenges and struggles gave her a passion for helping others obtain alternatives for schooling, tutoring, therapy, medical care and social/employment opportunities. As a Special Needs Advisor, she counsels families on government benefits and programs for Special Needs individuals. Along with her AKC Certified Therapy Dog, Godiva, she has over 200 visits to nursing homes, daycares, schools and scouting troops. She is R.E.A.D. (Reading Education Assistance Dog) Certified and worked as a volunteer at several schools for Special Needs in the Houston area with a specialized reading program. While living in Cairo, Egypt, she had several articles on mothering published in an English language magazine. She believes that giving her daughter a belief in herself is one of the greatest gifts she can give her.