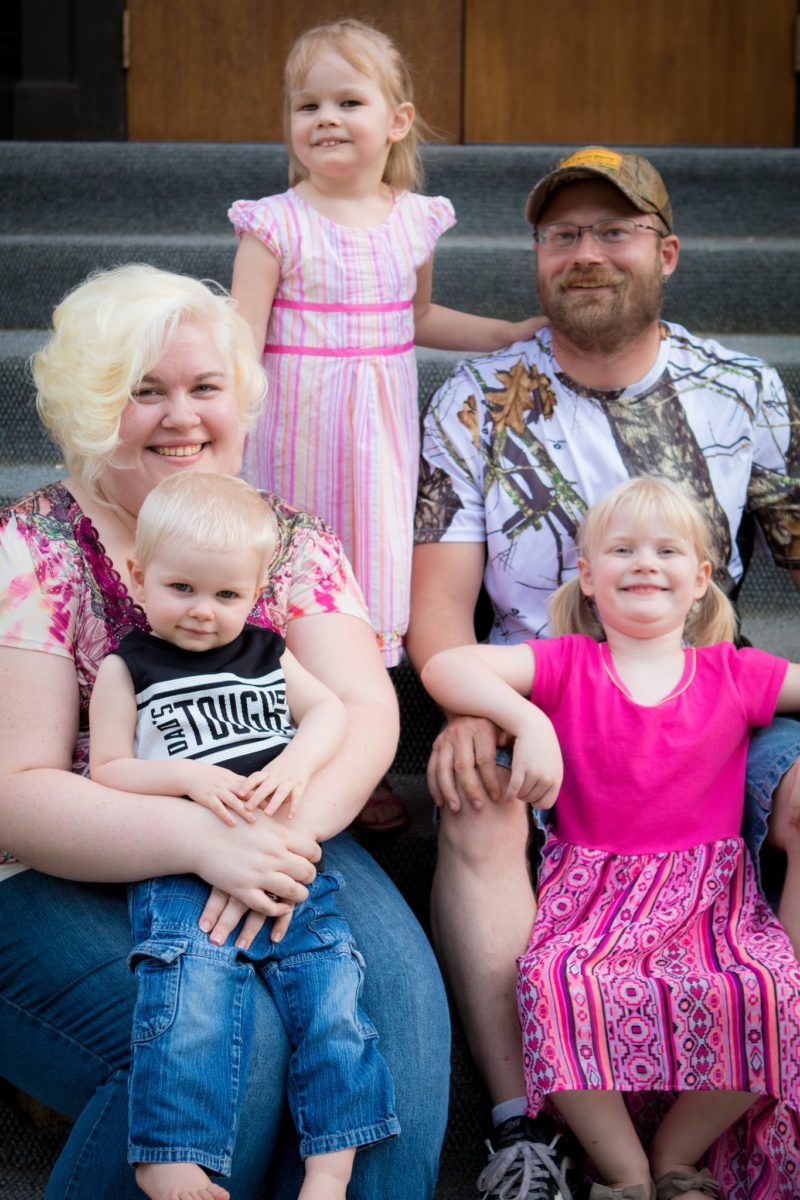 I dreamed of being a mom.

I wanted to be a good mom like my mother.

Happy, gentle, and supportive of me just as I was…but would do whatever needed to protect my baby.

What a premonition of my future! And I had no idea what was in store.

I met, married and we started our Family in Helena, Montana. Our first Daughter was normally active and even advanced in a lot of areas. We learned how to be parents and she survived our first fumbling attempt with flying colors. Our 2nd daughter came and she had some challenges, things we questioned on her feeding, swallow and growth. But doctors weren’t concerned so we just adapted, despite the glaring difference between kids. Our 3rd came and he grew normally until 5 months old. We calorie and fat packed like we did with our 2nd child.  Added extra protein and pureed everything to a Greek yogurt texture which through trial and error we found was the only one he could handle. Despite our best efforts, he wasn’t gaining weight and his length and head size were stalling. All signs of classic “Failure to Thrive”.

On top of his issues with weight, he also couldn’t drink from a sippy, cup, or bottle. Literally choked, eyes red and watering, and sounded like he couldn’t breathe. Breastfeeding didn’t produce that, but we couldn’t find a vessel to reproduce the success he had at the breast any other way. He had severe oral defensiveness and pushing him just made it so he refused anything by mouth. Once his medical team decided we had exhausted all our options outside of the hospital including ENT, frenulum release/posterior tongue tie release, and working with an SLP for tips and tricks. We were then inpatient for a 3-day calorie study that turned into a very chaotic, antagonistic, emotional roller coaster lasting almost a month. We came out of that with fear of the medical community, social workers and interventions forced on him,  and us; that made him completely NPO.

We were finally trialed on an NG tube because his kidneys had been in distress and this was the only way to fully hydrate him so we could get home. Nico sped through the surgeon’s checklist by day 4! It made the Gastronomy tube his next step. My husband was home with our daughters and it was just as emotional and traumatic for them being separated from us too.  By Halloween 2015 we were heading back to Helena with a small 15-month-old, a new feeding tube, and our new “normal”.

We knew nobody adult or child who required a feeding tube and so I researched, joined Facebook groups, talked to our surgeon, networked with our Pediatrician and DME to get him the added safety equipment he needed to ease this overwhelming transition. The Dr’s were hopeful he would speed through OT and Speech to learn how to drink safely and eat age-appropriate and gain weight. This hope lasted about 6 months and his skills stalled. This was April 2016 and I just got done meeting with his team, the words were vague. “It’s going to be a lot longer…” well that was certainly helpful! We already had every person we met asking how long he needed his tube and to explain a diagnosis that we didn’t even have. Dysphagia, torticollis, sensory processing disorder, oral defensive, hypotonia, failure to thrive…but no overall umbrella to describe what he had. We found ourselves repeating the same things and trying to navigate this new life. I wanted a way to tell people that was easier. All these thoughts ran through my head and most of it was me feeling defeated. I wanted my baby to grow up happy, healthy, and be a “normal” 2-year-old! And he really was in a lot of areas now that his weight was stable because of his feeding tube. We had begun to make our own language to describe to him and our family or friends…Button. That’s what we named his feeding tube and our daughters and family all used it.

I worked 2 jobs at the time, one as a hairdresser and my graveyard shift at a Youth Home. One night I was trying to sleep and prepare for my shift but my head was racing. Phrases, words, and it literally kept me up. When I got my nightly checklist done I sat at the table and just wrote. I didn’t know what it was but it just came out and filled a couple pages. When I stopped and reread what I wrote it started with “My Belly Has Two Buttons”, and as I read through it became clear this was a story. A story about my son, My hopes for how he would feel about life now and in the future with his life-saving device, written in a childlike voice that conveyed the simple meanings behind his multiple and yet undiagnosed conditions. The character was proud of his 2 buttons (belly button and G-tube) and yet wanted you to know he could still play like other kids, just with his safety belt. I cried as I read it. This was how I hoped Nico viewed himself, how I wanted him to view himself if he never got his tube removed.

I wanted to see how it would look like a book but I knew nothing about writing one. I researched how many pages a children’s book should be and then by my shift end I had a little mock-up “book” with terrible stick figure drawings and I had cut the sentences I wrote into strips and arranged them on the pages in a way that made sense to me and flowed.

I read this to my sister and Mom that morning. And they insisted “this needs to be published!” I laughed it off and decided I would ask my younger sister (Rebecca Robertson) to just illustrate and we could maybe make a little book for Nico later. She jumped at the chance. I didn’t think about it again for about a month. I was laid up after surgery and kept seeing other Tubie Families asking about a book for their kids with a child who had a feeding tube…it nagged at me and so I looked. There was a handful, but none recent. And they seemed to be diagnosis specific or for the medical field. I felt this nagging voice telling me “it’s time!” Time for what? “Time to be brave”

As faith often is, mine had been very tested over the last 8 months and I knew financially it would be a miracle to finance everything to get the book ready. I knew no agents, I needed to submit to publishing companies, and it was so overwhelming! I jumped into research, spoke to a hybrid publisher who was very interested in the story but not necessarily in the illustrations by my sister. I wasn’t ok with that, and I also wasn’t okay not owning rights to my book. I prayed about it and immediately remembered my childhood friend had published a book! I looked up her book and contacted her about how she published. She got me in touch with Jessica Butler, and from there the process was quick, she was a wealth of knowledge and easy to understand when requesting a deadline for a part of the book. She kept things moving.

The end result was a beautiful book we were proud to launch in August 2016. Within a week we were receiving messages from around the world. Filled with “Thank you…”, “This made (this situation) easier…”, and my favorites, pictures! Of how happy these little kids were to see someone like them. A book giving them representation in pictures and words of parts of the life they live. We all deserve to feel known, loved, and safe. Knowledge of Feeding Tubes outside our “Tubie World” can help pave the way for our kids to have that. I am blessed to be a part of this community and when our book (My Belly Has Two Buttons) was recently named one of the 12 on USBBY’S list of “Outstanding Books for Young People With Disabilities” I cried happy, overwhelmed tears.

Both our books have now won awards in Purple Dragonfly Book Awards, in Special Needs and Disability Awareness Category in 2017 (My Belly Has Two Buttons) and now 2018 (A Very Tubie Christmas). This author journey has been an adventure, and as a mom and a Hairdresser from Montana, I never imagined that all this was to be my future. I hope we can continue to encourage those in this community, and I look forward to the big things God has in store for us both in books and life. We have more books in mind for the future; so follow us on Facebook at Meikele Lee.