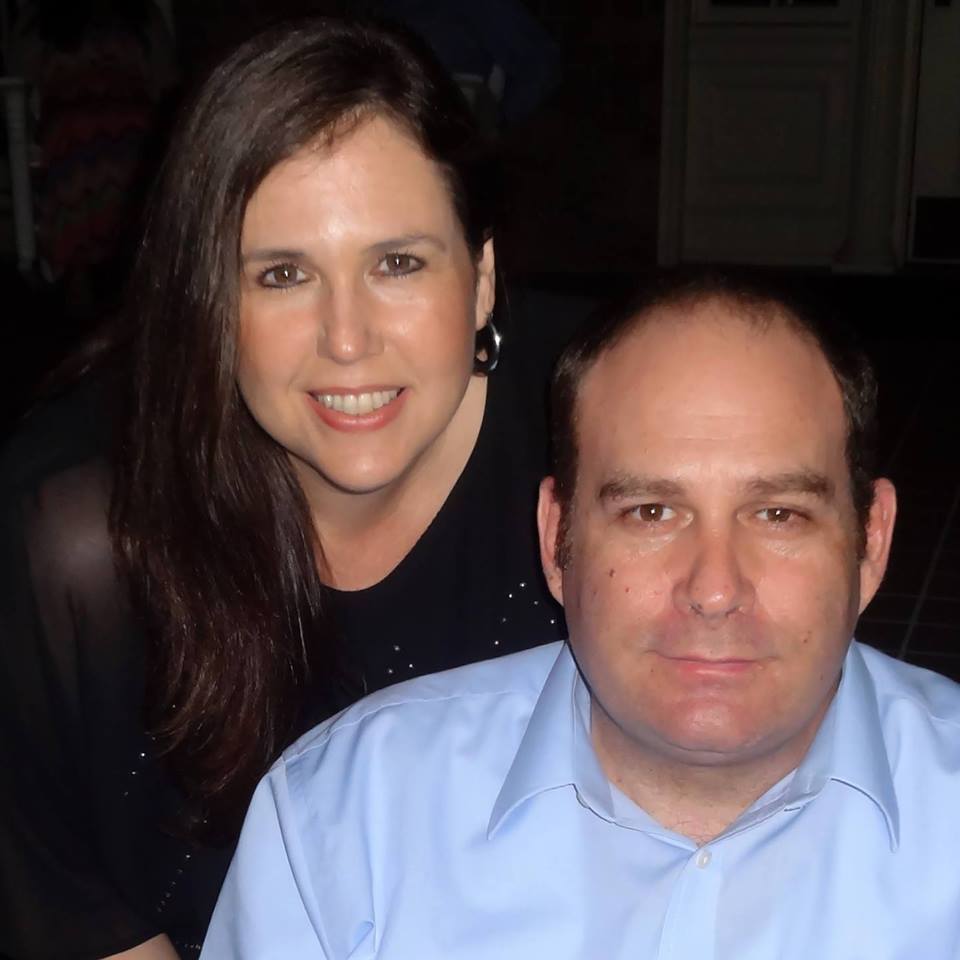 Disease-stricken pastor and writer Rusty Kuhn wants to be healthy again. The husband and father of two misses restoring vintage cars and writing. Rusty must fight against Erdheim-Chester Disease to regain his life.

“I was very close to death. My condition continually worsened leaving me wheelchair bound and in need of assistance with almost everything I did.”

Erdheim-Chester Disease placed Rusty in a wheelchair at the end of 2014. After publishing his third book, Reclaiming the Land: God’s Formula for Revival, a hectic speaking schedule nearly killed him.

However, Rusty wouldn’t be diagnosed with the rare, slow-growing cancer until the spring of 2015. This was after 15 years of searching for what had initially stopped his heart at 28 in 2001.

“My passion was my cars. I had three classic Mustangs and a classic Ford truck. I was in the process of restoring one of my Mustangs but sold it knowing that I would not be physically able to finish it anytime soon.”

At the beginning of 2015 he visited several doctors, all with their own diagnoses.

“The doctors knew there was something wrong with me but they had no idea what it was. I was told that I had a heart attack. I had lymphoma. I had leukemia. I had sarcoidosis. I have bone cancer. The repetitive word was, it must be some sort of virus or infection, until my infectious disease doctor ruled that out. He told me that we might never know and that I may have something only a few people in the world have.”

Doctors scrambled to find out what was happening as the disease continued to devastate. Histiocytes, infection-fighting white-blood cells, had turned on Rusty’s heart, lungs, brain and even infiltrated his

eyes. Inflammation made it hard for Rusty to concentrate, walk, see, and caused incredible fatigue and pain.

Rusty remembers visiting a new lung doctor. “I went to see a pulmonary doctor. Right off the back he said he had seen one case of ECD. That was when he was intern. He did a little bit of research.”

The doctor announced it was Erdheim-Chester Disease. Getting the news at first was difficult.

“Psychologically at first, it was kind of tough because my wife is a “Google-aholic”. She went and Googled everything and found that some sites were saying a 3 to 5-year life span.”

Rusty was referred to Dr. Filip Janku, an ECD-knowledgeable researcher at The University of Texas MD Anderson Cancer Center. The pulmonologist had discovered him through the ECD Global Alliance website, a patient advocacy group dedicated to supporting those affected by ECD.

After receiving the diagnosis and visiting Dr. Janku, Rusty and his wife were “encouraged that we actually knew what was going on.”

“We had done some research on it at this point, and discovered that there was some treatment out there for it. And Dr. Janku had given us some pretty good encouraging news.”

Rusty has been on a variety of treatments with varying results. All of which are unapproved for ECD treatment by the FDA in the United States and the EMA in the European Union. Cancer-fighting therapies are the leading treatments for ECD sufferers but, without dedicated ECD drugs, knowing what will work is research in progress.

Discoveries in drugs used to treat ECD have been happening quickly especially for patients who test positive for the BRAFV600E genetic mutation. BRAF positive patients have had positive preliminary outcomes in trials using targeted cancer therapies.

In April 2016, after a year of being considered BRAF-negative, Rusty tested positive for the BRAF mutation. This will open his treatment opportunities and hopefully lead to a better outcome.

“They found a mutated BRAF gene in my spinal fluid. Not sure when I will start on the V drug [vemurafenib] but I’m excited!!! Ready for some forward motion.”

With the support of his wife, Dale, two daughters, and parish communities’ Rusty fights ECD by making physicians and others aware of the ultra-rare illness.

After his diagnosis Rusty wrote his specialists.

“I wrote them all a letters. I let them all know what it was but, prior to that, they had no clue, they had never even heard of it.”

Rusty believes that people should be made aware of ECD. He makes resources available and raises funds for ECD research and awareness efforts through social media.

Today Rusty begins a new chapter in his ECD treatments and has reinvigorated an old hobby that ECD hasn’t affected that gives him hope. Rusty strums “The Old Rugged Cross” on his acoustic guitar.

“Now we know we can work on this and move forward.”

The ECD Global Alliance is a 501(c)3 organization dedicated to global awareness, support, education, and research related to Erdheim-Chester Disease. ECD is a histolytic disorder increasingly described as an inflammatory myeloid neoplasm. It is considered a rare type of blood cancer. The ECDGA hosts patient conferences, medical symposia, funds studies, and enables an ECD Care Center Network to foster collaboration and evidence-based patient care. Advances in understanding and treating the deadly disease have been made working with a close-knit medical community. For up-to-date information on ECD visit www.erdheim-chester.org