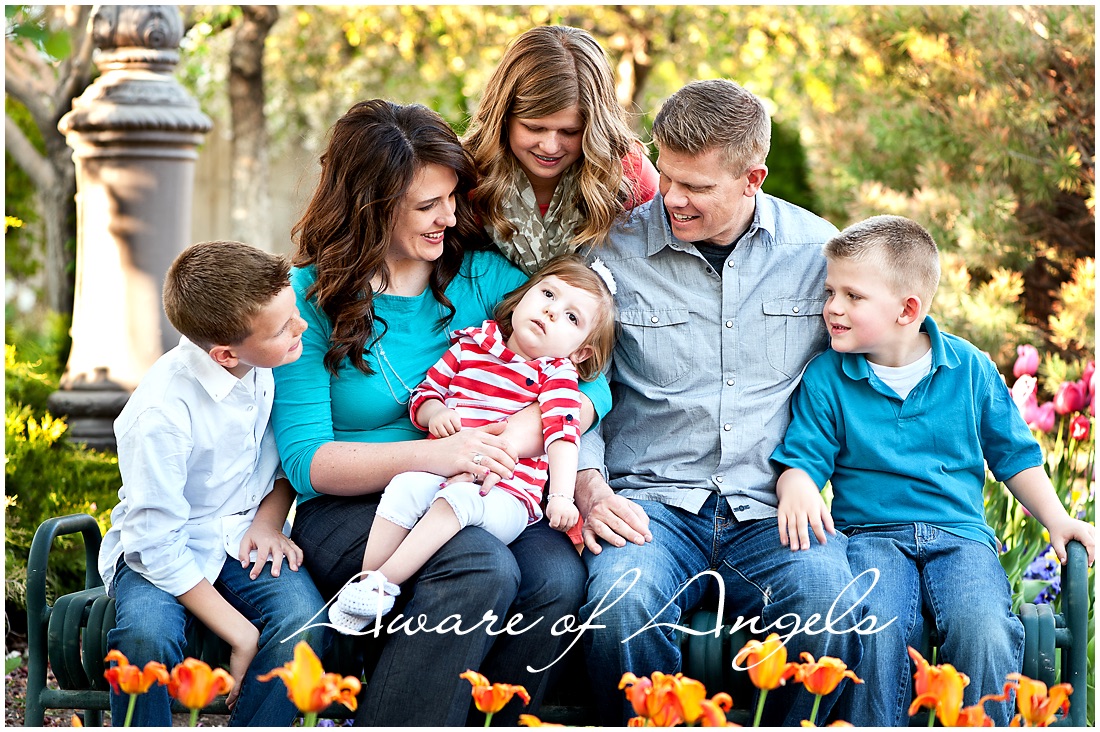 Our daughter Leah got a diagnosis after waiting three long years. Our insurance would not pay for genetic testing. We were very fortunate to have Aware of Angels donate this testing to us.

Leah was a healthy happy five month old and over night her body began to have hundreds of seizures. She lost all her motor skills and communication skills. We were devastated. She spent countless nights in the hospital where she was poked with many needles for testing. Every test always came back normal. Our doctors hit a dead end, they had no answers for us. We were left in the dark. There were many times that I sobbed and pleaded to God for answers asking “why is my daughter so sick”. The pain of being in the dark for so many years was unbearable at times. I never gave up but I had to go numb for this past year so I could survive. My greatest fear is that Leah would pass away and we would be left with no answers. It makes me very emotional to talk about it. Words cannot describe how grateful I am to Aware of Angels. They are truly angels on this earth, they answered my prayers. They gave me the peace that I longed for during the past three years.

We are told that Leah has a very rare condition. Doctors found that Leah has a variant in her gene SCN8A. It is a sodium channel in our cells. It controls the electricity in our brain. We now start a new path. I don’t know what Leah’s future holds but with this new diagnosis I do know that I can do it.  Through all the pain I became stronger! We feel so blessed to have Leah in our family. We will never give up hope. Thank you Aware of Angels!

Leah is two years old and is currently undiagnosed. Leah was such a sweet newborn baby. She ate and slept well. She had such a sweet spirit and brought so much joy to our family. Leah grew well and began to smile. Then one-day life began to change.

When we were at Leah’s two-month appointment her doctor was examining her and said I think your baby is having small seizures. Before I knew it she was rushed up to Primary Children’s Hospital in an ambulance. She had a CT scan, a spinal tap, blood tests, urine tests and a 24 hr EEG. They found nothing. When Leah was four months she had her first tonic clonic seizure. We went to Primary Children’s hospital again. They told us there was nothing they could do. They already ran all tests and everything came back normal. They told us to go home. Two days later Leah had another tonic clonic seizure. She then continued having a seizure once a week. She still met all the milestones and started rolling, giggling and playing with toys.

When Leah was five months she received her immunizations. At that moment I had no idea my life would dramatically change. The next day, Leah went completely lethargic and started seizing over and over. We then decided to take her to Primary Children’s hospital. They admitted Leah and began a seizure medication. We went home and Leah continued seizing even on medication.  Leah stopped crying, moving, playing and giving eye contact. We felt like we lost our baby girl. Lots of tears were in our home. A couple weeks later Leah’s pediatrician wanted her to go back up to the hospital and get more tests ran. They ran more blood tests for genetic and metabolic diseases. They did another in depth MRI looking for any diseases and brain damage. Everything came back normal. They did another EEG and found that Leah was having a seizure every 15 minutes in her sleep.  We then increased the dosage of her seizure medication.

At six months Leah was still having seizures (2-6 a day). On days that she wasn’t seizing we would see a glimpse of our baby girl back. She would try to cry and start to play with a toy. When Leah was eight months old we researched the ketogenic diet. We felt very strongly to treat Leah’s seizures with the diet. We saw many Neurologists and they never once offered the diet to us as a treatment. We did our own research and brought it to them. They strongly suggested we add more medication instead of the diet. We disagreed and fought to get this treatment approved. It was so exhausting but we finally got it approved. During the time that Leah was on the diet, her seizures became much more controlled. As a result, we were able to see her personality return. We got to hear her cry again and she began to move. We even got her to giggle. It was a lot of work to prepare the food every day, but it was worth it. After a few months on the diet, we were forced to make some decisions. The high amounts of fat and protein were causing problems with her kidneys and bones. She had kidney stones and 3 spontaneous fractures. Because of this, we decided to take her off of the diet. A couple months later she began to seize again and she went catatonic again.

Shortly after, Leah began to lose her suck reflex. We couldn’t get her to eat so she lost a lot of weight. She then got a G-tube. Her feedings are very difficult. She gags a lot and vomits many times a week. Leah continues to seize 5-20 times a today. We have tried many medications. None of them stop her seizures. She has been life flighted and put into ICU because of severe reactions to seizure medications. She has begun to develop scoliosis and torticollis. She also has cortical vision.

Leah has an occupational therapist, physical therapist and eye therapist. Her therapists say that she is a princess locked in her tower. She is in there but she can’t get out. Our days with Leah are very busy. We do therapy 2-3 times a day; we show her toys, pictures, feel different textures, read to her, massage her, listen to music and of coarse smother her in kisses.

She has the most beautiful eyes. She communicates to us through her eyes.

This experience with Leah has been very hard for us as a family. We have struggles every day, but we know we can get through this and fight for Leah’s life back. We have learned that life is so precious. We live life to its fullest every day. We thought we were a close family before but now we are closer than ever. Leah is our little angel.

This story is brought to us by Aware of Angels: http://awareofangels.org/