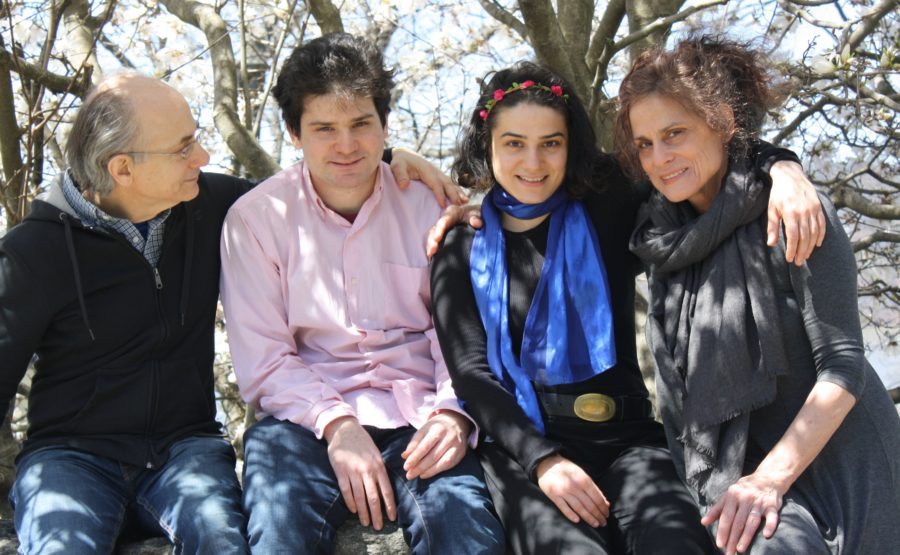 When the psychologist who was testing our son for developmental disabilities said that his problems were “neurological” and had not been caused by “bad parenting,” as my husband and I had been led to believe by the therapist we had been seeing, autism had not yet achieved its current penetration into the American mind. People were not yet excusing minor social errors by explaining, casually, “I’m a little autistic”; nor was everyone attributing a dash of autism to various billionaires like Bill Gates and Warren Buffet; and although Oliver Sacks had already published his famous article “An Anthropologist on Mars,” about the autistic savant, we did not yet have, in Temple Grandin, the shining example of a person who had transcended her autism.

Nevertheless, autism was on my mind long before Benjy’s diagnosis. My first introduction to it was in the article that Oliver Sacks about Temple Grandin in The New Yorker. How interesting, I thought to myself: Such a brilliant woman who has so much compassion for animals, yet she is incapable of understanding the most basic things about human beings, things that most five-year-olds understand. “An Anthropologist on Mars”: This was the title of the article and the woman’s own description of herself. This was how living among human beings on Earth made her feel.

She was brilliant in many ways, but when it came to people, that Je ne sais quoi that makes us mortals mortal, she just didn’t get it. Emotions such as vanity and jealousy and romantic love were beyond her. She knew that she didn’t get it, and had spent much of her life constructing an elaborate system of cues and symbols that allowed her to function in a society that was as alien to her as ours might be to someone from Mars. According to the article, she suffered from Asperger’s Syndrome, a form of autism. It was the kind of story that was a great subject for conversation

Shortly after reading the article, I suspected that the son of a good friend of mine was autistic. I had met Joan in Carl Schurz Park, when she was pushing her two-year-old-son on the swings; frantically running back and forth to the CD player she had strategically placed near the fence, playing the same Beatles song over and over again. This was just one of many exacting routines that James demanded: Every day Joan had to wheel him in his stroller along the same route, through the Columbia College campus up the same steps of Uris Hall to the same candy machine to get a Nestle’s crunch bar from the same row of chocolate bars. And every day—without regard to season or weather–Joan had to wheel James in his stroller twenty blocks down Broadway to the same candy store, where he took special care to pick out the perfect lollipop, which after licking it on the way home he would place in the ever-expanding elaborate flower-like display of lollipops on the dining room table. If anyone touched his lollipop sculpture he would have a fit.

James would always have a fit if didn’t get his way, so Joan, realizing the futility of trying to enforce discipline on this intractable child, took the path of least resistance and always ended up giving in to his demands, no matter how unreasonable or inconvenient. When the two weeks he refused to wash his face happened to coincide with a time he had a terrible cold, Joan let him walk around with his face covered in a sheen of mucus.

My awareness of autism also included the nonverbal, profoundly autistic son of the first cousin of Phil’s first cousin, whose biological father was an anonymous donor to a genius sperm bank. (Her other two children conceived by the same sperm turned out to be gifted artists, one a dancer, the other a singer.) And, when I was in my late twenties I met a man at a writers’ conference who had grown up in Bruno Bettleheim’s Orthogenic Institute, which treated autistic children by, first of all, rescuing them from the toxic influence of their supposedly emotionally distant mothers. I once ran into Tom Lyons in a restaurant. A novel he had written about his experiences had just been published and he gave me a copy of it.

Also, years before my son’s diagnosis, before Benjy was even born, Phil and I had seen Rain Man. We saw the movie in the middle of the day, in a movie theater that was empty except for Phil and me and, a few rows ahead of us, a group of odd-looking adults. They were accompanied by two young women, who seemed to be keeping a close watch on them. I whispered to Phil that they must be autistic. I remember how discomfited I felt by the strange appearance of these people. In retrospect I see now how much Dustin Hoffman behaved like a forty-year-old version of my son.

Yet, given all this, I did not recognize (rather, I refused to recognize) these symptoms in my son when they started to appear in him toward the end of his second year of life. Autism was still believed to be very rare, at the time, and it wasn’t until Benjy was three and a half that I started to absorb the fact that there was something not right with him; and it wasn’t until he was four and a half that I decided to find out once and for all what was wrong with my son. Although I had known all along that it was autism.

Maxine Rosaler’s “novel in stories, Queen for a Day, which is about the mothers of children with autism and other disabilities, will be published by Delphinium Press in June 2018. It received a starred Kirkus Review and has been nominated for The Kirkus Prize and a National Book Award. Rosaler’s fiction and nonfiction have appeared in The Southern Review, Glimmer Train, Witness, Fifth Wednesday, Green Mountains Review, The Baltimore Review and other literary magazines. Her nonfiction publications include a young adult book published by Houghton-Mifflin, which was both a Junior Literary Guild and starred Booklist selection. She is a recipient of a New York Foundation for the Arts Fiction Fellowship and stories of hers have been cited in editions of Best American Short Stories and Best American Essays. She is the mother of Benjamin, now twenty-six, and Samantha, twenty-nine and she is married to Phillip Margulies, who is also a fiction writer. Queen for a Day was inspired by her life as Benjy’s mother.