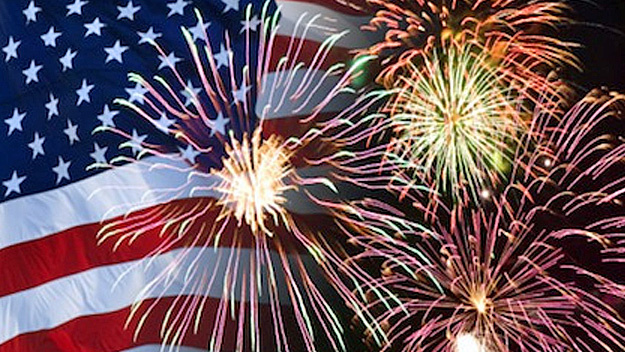 July 4th tends to be a quiet holiday in our house. Because of my son Liam, a non-verbal 7-year-old with autism, has many sensory issues, we avoid crowds, loud noises, parades, and festivals. He hasn’t seen fireworks since he was a baby because of his strict bedtime routine, and his compulsion to taste most everything he encounters makes me hesitate to give him a sparkler, lit or otherwise. Instead of all these traditional activities, we celebrate July 4th with a simple lunchtime picnic in a quiet spot. We also live the spirit of the holiday every day by working hard to promote independence for Liam.

But what does independence mean for a child like Liam or for other kids with special needs? It will vary based on each child, but here’s what we do in our house:

Make sure he has choices.With a non-verbal child, it’s so easy to just choose for him. I used to choose Liam’s clothes, his meals, and control so many other parts of his life. Once we started doing RPM (Rapid Prompting Method), which begins with simple yes/no questions and other basic choices, I realized I could offer Liam choices in almost every aspect of his life. By letting his voice be heard in simple choices (which shirt to wear, which jelly should I buy at the store), we’re empowering him and validating his ability to choose what he wants. That’s a huge part of independence.

Ask him what he wants and find a way he can answer.In addition to asking Liam what he wants, it’s also important to find ways he can answer. His default is to scream or make word approximations, and so we’ve worked to help him spell, to use an iPad Mini with PECS choices on it, and I also sometimes just hold out the two different options, so he can pick.

Treat him with respect.This one is simple, but it’s so important. Respect fosters independence because it says: “I see you as a human being, I value you, you’re an equal part of this household.” To me, this means talking to Liam like he understands me, not talking about him when he’s in the same room, not despairing about his disability when he can hear me (and really, trying not to do this too much in general), and positively encouraging him as much as possible. It also means accepting autism as part of his neurology and helping him work through his challenges. One of my guiding parenting principles is that when a child feels respected, it grows his confidence, which in turn helps him become more independent.

Create opportunities for independence, especially in self-care and daily living.When I’m in a hurry, I tend to do too much for Liam. I pull his shirt over his head, pour his milk, brush his teeth, and assist with many other daily living tasks that he can do himself. This might help us get out the door faster, but it tends to infantilize Liam and not foster his independence. Recently I’ve tried to step back and stop being so helpful. The results have been fantastic! Given enough time, space, and a bit of help with focus, Liam will mostly dress himself. He’s initiating chores (putting laundry in the washer, unloading the silverware from the dishwasher), he’s pouring himself glasses of water, and brushing his own teeth. Every day, I’m surprised by something new that he does that I had always done for him.

Allow for self-expression and self-determination.A tremendous part of independence, as July 4th reminds us, is self-expression and self-determination. To me, as a parent, this means letting my child figure out who he is and how he wants the world to see him. Although Liam doesn’t express himself verbally, he’s still capable of both these crucial elements of independence, and it’s my job as his mom to watch out for them, nurture them, and help him keep growing into his own best self.

Happy 4th of July to you all— I hope it’s fun, safe, and filled with celebrations of independence for your family and your children with special needs.

Jamie Pacton lives near Portland where she drinks loads of coffee, dreams of sailing, and enjoys each day with her husband and two sons, Liam and Eliot. Find her at www.jamiepacton.com,