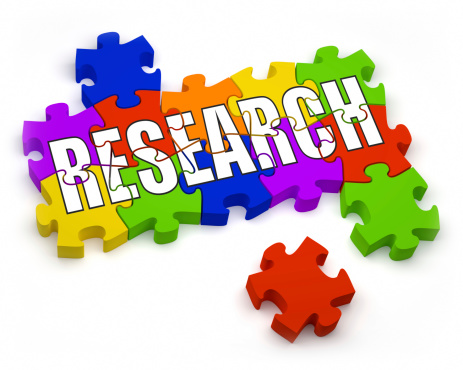 During early childhood, girls with autism tend to show greater reduction and less rise in their autism symptom severity than boys with autism, a UC Davis MIND Institute study has found.

Early childhood is a period of substantial brain growth with critical ability for learning and development. It also is the typical time for an initial diagnosis of autism and the best time for early intervention. In the U.S., about 1 in 54 children has been identified with autism spectrum disorder (ASD), with four times as many boys with ASD as girls.

Previous studies indicated inconsistent results in terms of changes in autism severity during childhood. The general sense was that the severity of autism at diagnosis would last a lifetime.

The MIND Institute’s study, published May 14 in the Journal of Autism and Developmental Disorders, evaluated changes in symptom severity in early childhood and the potential factors associated with those changes. It included 125 children (89 boys and 36 girls) with ASD from the Autism Phenome Project (APP), a longitudinal project in its 14th year at the MIND Institute. The children received substantial community-based autism intervention throughout their childhood.

The researchers used a 10-point severity measure called the ADOS Calibrated Severity Score (CSS) derived from the Autism Diagnostic Observation Schedule (ADOS), the gold standard assessment tool in autism research. They computed a severity change score for participants as the difference between their ADOS CSS scores at age 6 and at age 3. A change of two points or more was considered a significant change in symptom severity.

Change in severity of autism symptoms and optimal outcome

“We found that nearly 30% of young children have less severe autism symptoms at age 6 than they did at age 3. In some cases, children lost their autism diagnoses entirely,” said David Amaral, a distinguished professor of psychiatry and behavioral sciences, faculty member at the UC Davis MIND Institute and senior author on the study.

“It is also true that some children appear to get worse,” Amaral said. “Unfortunately, it is not currently possible to predict who will do well and who will develop more severe autism symptoms and need different interventions.”

Optimal outcome is a standard achieved when someone previously diagnosed with ASD no longer meets autism diagnostic criteria due to loss of autism symptoms. In this study, seven participants (four girls and three boys) had an ADOS CSS below the ASD cutoff at age 6, potentially indicating optimal outcome. Children showing decreasing symptom severity had better adaptive skills in multiple domains compared to those in the stable or increased severity groups.

Girls with autism and camouflaging as a coping strategy

Girls and boys might be characterized with different manifestations of autism symptoms. Girls might show better developmental results than boys in cognition, sociability and practical communication skills.

One possible explanation for this difference is the girls’ ability to camouflage or hide their symptoms, according to Waizbard-Bartov. Camouflaging the characteristics of autism includes masking one’s symptoms in social situations. This coping strategy is a social compensatory behavior more prevalent in females diagnosed with ASD compared to males with ASD across different age ranges, including adulthood.

“The fact that more of the girls appear to have decreased in autism severity may be due to an increasing number of girls compared to boys who, with age, have learned how to mask their symptoms,” Waizbard-Bartov said. “We will explore this possibility in future studies.”

The study also found that IQ had a significant relationship with change in symptom severity. Children with higher IQs were more likely to show a reduction in ASD symptoms.

“IQ is considered to be the strongest predictor of symptom severity for children with autism,” Waizbard-Bartov said. “As IQ scores increased from age 3 to age 6, symptom severity levels decreased.”

The researchers could not identify a relationship between early severity levels and future symptom change. Surprisingly, the group of children with increased symptom severity at age 6 showed significantly lower severity levels at age 3, and their severity scores were less variable than the other groups.

The study raises several issues for further investigation, such as the relationships between IQ, initial severity level, and type and intensity of intervention received, in relation to symptom change over time.