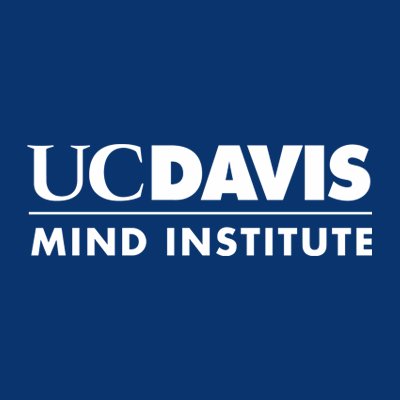 Expert speakers and panelists offer their knowledge and experiences

(SACRAMENTO) —The UC Davis MIND Institute and Center for Mind and Brain hosted their first Neurodiversity Summit Friday. The all-day event delved into a movement that reframes the conversation about autism. Instead of thinking about it as a disorder, neurodiversity advocates regard it as a difference in the way that some people’s brains work. Although the larger movement includes other differences such as deafness, summit organizers limited the discussion to autism.

“Once I began accepting that I was autistic and that autism does have its strengths, that there are other people out there like me who lead happy and fulfilling lives, and that it was okay to embrace myself for who I really am, that was the big paradigm shift for me,” UC Davis student Erica Mineo told the crowd.

“The Summit was designed to help us understand the perspectives of people on the autism spectrum, who, after all, are partners in all that we do,” said MIND Institute Director Leonard Abbeduto. “We want to make sure that we are respectful of those perspectives as we work to reduce the challenges that can be associated with autism.  We want to be sure that we are improving the lives of people on the spectrum and not reinforcing discriminatory practices and hurtful portrayals. We can only do that if we listen to those we want to serve.”

Neurodiversity changes the way people with autism are viewed

The neurodiversity movement is rooted in the idea:

Neurodiversity experts from as far away as England were invited to speak at the summit. They discussed the role that society and public policy play in shaping how autistic people are viewed and treated. They talked about how people perceive one another differently, depending on whether they are autistic or “neurotypical.” And they described how inclusive communities can create safe environments that nurture neuro-diverse populations.

In addition to the speakers, service providers, families of autistic men, women and children and self-advocates from throughout the region took park in panel discussions.

They included Sacramento marathoner John Almeda, who is non-verbal and autistic, and Mineo, an accomplished musician and disabilities rights activist who wants to be a veterinarian.

“I view my being autistic – yes, as a disability, but also as a gift that has lent me many strengths,” Mineo told the audience. “The pervasive medical language used to describe autism … completely misses out on all these strengths.”

For example, she said, her extreme sensitivity to sound has led her to use supports, such as wearing earplugs or taking tests where there are few distractions. But it also has allowed her to experience music more “viscerally and profoundly, as a living, breathing entity that must be nurtured and interpreted thoughtfully.”

“I feel like autism is like having superpowers,” said 10-year-old Anthony Zulli, who spoke with his brother, John Almeda at this side. “John thinks in the moment. It enables him to run marathons. John is putting one foot in front of the other. We would all be a lot happier if we lived in the moment like John.”

The summit was broadcast live in its entirety on Facebook.