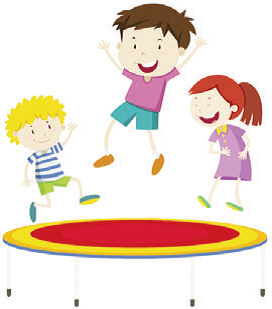 Broden is the one that the smaller kids watch and look up to now… He’s the one who plops in the chair in the morning and yawns because he knows he’ll tackle this long day of ABA, just like any other day.

It was the first day of school at the Autism Learning Center. Broden knew the drill as he slid out of his car seat and grabbed his drink. I followed behind him carrying his backpack as he used all of his strength to pull open the front door to the lobby. He set his drink on the windowsill, exactly in the same place as every morning, and plopped in the chair to wait for his tutor. He let out a loud yawn not really caring that it was his first day of school at his ABA clinic. To him, it was just another day of hard work. To him, it was just another morning back to the grind.

His tutor popped in the lobby right after Broden yawned and sat down next to us to see how our evening went. As I started to talk about how well he ate dinner the night before, the door opened to the front lobby and a little boy walked through. He looked around the same age as Broden did when he started ABA therapy. His mother had his bag in tow and greeted his tutor. You could tell they were new to the whole ABA thing. He was so young and it was difficult for him to let go of his mom’s hand. Eventually, the tutor asked his mom to follow him into the center to get him situated and to help put both of them at ease.

As I watched the little boy apprehensively walk behind the tutor, I got a little emotional. I looked over at Broden’s tutor and reminded her that Broden started therapy at 26 months old. He was still wearing little onesie jumpers with soft Robeez shoes. On his first day of clinic, the clinical director walked around the center and told all the tutors to watch for Broden because she was concerned he would get knocked down by the bigger kids playing. My son was the youngest and smallest child at the clinic that day.

Broden’s tutor, Hillary, interjected, “Look at him now. He plays Red Light Green Light with the kids, runs around and jumps.” I nodded my head in agreement. I told her that when Broden started therapy in Kansas, he couldn’t jump on the trampoline so his tutor would hold him in her arms and sing to him as she jumped. I remembered feeling so scared leaving him there for hours, but had to trust the staff that they would care for him like I would.

Hillary stopped me and then said, “Well, now he jumps on the trampoline for the smaller children so they can sit and bounce from all of Broden’s momentum.” In almost 10 years, he went from a child who couldn’t jump on his own, to a child who helps smaller children jump.

I knew what Hillary meant. Broden had come so far, and instead of focusing on what he couldn’t do, it was really nice  to sit and talk about all the things he was doing now. It put his progress in perspective. I needed to hear that.

A few days later, yet again, a new child popped through the door. I turned around and saw Broden in his chair with his feet up. Yes, another morning of work was on the horizon. He knew it. Kailey, his tutor for the morning, filed in behind us and didn’t let Broden rest for too long: “C’mon Broden. Grab your backpack and say bye to your mom. We’ve got a lot to cover today.” He gave me a kiss and said he loved me as he jogged do the door with his backpack and drink in his hand. I looked down at the little boy again and smiled. He was so small and I knew that he would be on the cusp of learning and growing more than I could ever imagine.

I was about to walk out the door and two more tutors came into the lobby. Both of them worked with Broden, either currently or before when he was younger. While I walked out they could see me smiling at the little guy starting his ABA journey and one of the tutors smiled and giggled. She said, “I know. He’s so young, but did you know I work with another young boy in the clinic that cries every time Broden leaves the room?” He wants to be around him so much that he gets upset if Broden leaves. I laughed as I slipped out of the waiting room and into the parking lot.

The tutors’ stories this past week hit me all at once as I walked out towards my car. Broden isn’t the little boy in Robeez shoes whom everyone has to be gentle around. He is now the big kid doing the grind. He is the big kid on the block. Broden is the one that the smaller kids watch and look up to now. He’s the big cheese. He’s the one who plops in the chair in the morning and yawns because he knows he’ll tackle this long day of ABA, just like any other day. My son is growing up.•