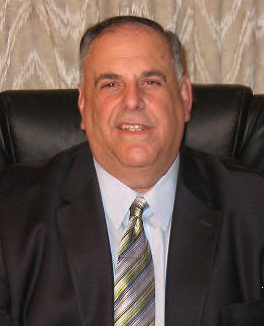 As someone who has taught at the undergraduate and graduate school levels at some of the finest universities and colleges in the nation for over thirty five years, and who has spent virtually his entire business life in the health care arena, I thought I would use this opportunity to share some personal perspectives with you. In addition to teaching, I have had the privilege of serving families caring for children and adults with disabilities and special health care needs for almost a quarter of a century, most of that time as President & CEO of Exceptional Parent. My work and teaching has taken me to places I have dreamed about as a young boy and I have met and shared ideas and experiences with people that have broadened my horizons and fueled a passion for education and passing along that which I have had the privilege of learning. Simply stated, I love teaching because I like sharing what knowledge I have learned with young people because they represent the backbone and future of our nation.

That effort has been in the main, very rewarding. But it also has opened my eyes to several frustrating things about our elementary, secondary and collegiate system here in the United States. For example, I have young men and women in my classes in Business and Accounting and Journalism who haven’t the foggiest idea of how a bill becomes a law! I have had students stare with deep gazes at me when I asked them simple questions about why our National Debt which stands at $19.0 trillion is important…and how it reached that level? I once asked my class to discuss the three branches of our federal government and what their respective roles were…and they could not do it.

But virtually all of my students can explain new technology products like the iPhone Version 6 from Apple, or Samsung’s newest product! When asked which companies they might like to work for the response is a resounding “Google” or “Apple” or “Microsoft” or “IBM”. They are adept at technology and are fascinated by new games that seem to come out on a weekly basis. They are extremely “high tech” but very “low touch”. They would rather text a message to someone sitting across the room rather than walk over to speak to that person, or pick up the phone to call. They would rather use Facebook to discuss their most recent date and what they had for dinner as opposed to having a cup of coffee to discuss their thoughts face to face. But the issue is even deeper than that. They have immersed themselves in the world of instant gratification. They want success and they want to make a lot of money…..and they want to do it now….this second. So they are fascinated by the world of Wall Street and hedge funds, straddles and spraddles and options trading. These they believe are tickets to the good life, to earning large sums of money quickly because they have command of technology, as if that is the key to success. As a consequence, learning about product development and innovation seems a bit boring to them, as is learning about the disciplines of marketing and product promotion. Of course the real burden comes when I try to introduce the concept of SWOT analysis…to help them evaluate new business opportunities or new product introductions. SWOT is an assessment of Strengths, Weaknesses, Opportunities and Threats…..a necessary step to any major new investment opportunity or product launch But for them it seems just way too much to bother with!

On the whole I find their sense of history and its importance abysmally poor, along with their attention span for world events. Few read newspapers, even on line, and fewer watch the evening news on TV. As a consequence they have little appreciation for what is going on in the world and its significance to the U.S. and their daily lives. And, they are easily swayed by politicians promising them free stuff! When asked whose responsibility it is to provide for health care coverage for people in the United States, their answer is unequivocally “the government”. When asked who pays for it, their response is “the government” without any sense, of course, as to just who “the government” is. When I explain that this mysterious entity called the U.S. Government is really them and they are actually paying for it through their tax dollars they are befuddled and astonished.

As many of them are well over the age of 18, I asked them if they planned on voting in the upcoming elections. For those who were even aware that elections were taking place, their response almost universally was that “they did not have time” or “they were not aware of who was running for office or what the issues were”. For me, that was a sad day. I mentioned that thousands of Americans had sacrificed their lives to give them this privilege but frankly, it seemed to go on deaf ears, so I decided to leave this to a future lecture.

They are ready and willing to argue why “Under God” should be removed from the Pledge of Allegiance because it may be offensive to atheists or Muslims or aliens from Mars, but are in disbelief when reminded that virtually every monument in our nation’s capital, from the Washington Memorial to the Lincoln Memorial to the Jefferson Memorial has God prominently displayed and that our Founders steadfastly adhered to the principle of religious freedom fundamentally tied to our Christian belief system. They are prepared to argue why a white student wearing a U.S. Flag on his shirt should be suspended from high school (and was) on May 5, 2014 (“Cinco de Mayo”) in Southern California but several Mexican students can raise the Mexican flag on a flagpole in that same high school and be allowed to stay in school. Political correctness run amok! They will have no hesitancy in saying that our borders should be open for all who wish to come to America without restriction just like it says on the Statue of Liberty in New York Harbor…..you know…”Send me your tired, your poor, your huddled masses yearning to breathe free, the wretched refuse of your teaming shores. Send these, the homeless, tempest tossed to me. I lift my lamp beside the golden door.” But they are hard pressed to explain how they will be fed, or educated or cared for when they are sick….and especially who will pay for it.

When I was in elementary school, the good Sisters of Charity drilled into us the principles of good citizenship. We learned how a bill became a law and we knew backwards and forwards that the three branches of government were Legislative, Executive and Judicial and each were as important as the other with specific duties and responsibilities mandated by our Constitution.

We knew that government was accountable to the people, not the other way around. And we were told time and time again the importance of history and the principles and values upon which our great nation was built. Above all else, we were taught to respect our elders and those in authority; to listen to those who were wiser and more experienced than us; to love our country and take pride in it and remember that it’s founding is inexorably tied to Christian values.

We were instructed that patriotism was a virtue to be respected and that our greatest leaders…..Washington, Jefferson, Lincoln, Roosevelt were men of integrity, character and honor and these attributes were worth aspiring to. The nuns did not teach “revisionist history”; changing historical facts to suit some liberal professor’s theories about what might have happened. They taught us what occurred and why, and that even though there might have been alternative approaches or solutions, this is actually how things occurred. We learned to question and probe but we also learned to respect. We also learned to respect one another and to help those less fortunate, especially those with disabilities. And heaven help us if one of us were to be disrespectful to a teacher, priest, policeman or an elderly person in our neighborhood. We would have paid a great price for that kind of lapse in judgment…at home and in the street. People say “back then times were different”. Yes, they were very different. People did not lock their doors in our neighborhood. Women could walk down our street at 2:00 AM and not have to fear for their lives. It seems to me we need a dose of that today! At the core of our learning was respect and integrity .….something which seems to have vanished from our school systems today and from our homes!

The Department of Education can come out with programs like Common Core or No Child Left Behind but if we do not get back to basics and begin teaching our young students in elementary and high school values like integrity and character, discipline, basic civics world history and basic economics we will do ourselves a great disservice and continue to graduate or push along individuals who are not prepared to become college level students…and this applies to Ivy League Institutions as well as Community Colleges.

I believe we need to tap into our Baby Boom Generation and get some of these folks to come and teach in our elementary schools and high schools, augmenting the role of our existing teachers, and share life experiences with them. Baby Boomers who have run companies, been leaders in our nation’s military; taught at universities; went on to careers in the arts, business, science and literature. They are a source of great value that should be treasured, not ignored. And as for political correctness……that dog won’t hunt anymore. It has no place whatsoever in our society because it has run its course and is now out of control.