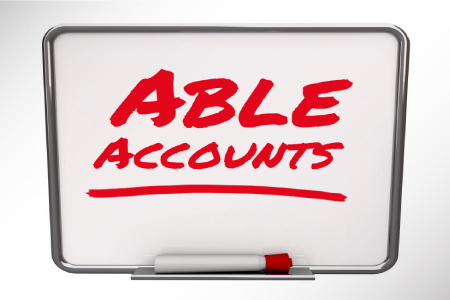 ABLE accounts and special needs trusts (SNTs) are both financial tools for managing funds without affecting an individual’s eligibility for such means-tested programs as Medicaid and Supplemental Security Income (SSI). But that’s pretty much where the similarity ends. They’re governed by very different regulations and many individuals wonder which to choose. Increasingly, families are opting for the benefits of both.

“So many of my clients are choosing both approaches that I’ve written SNT-to-ABLE distribution language into our standard trust documents,” begins former Special Needs Alliance President Brian Rubin. “We’re constantly getting questions about one versus the other, but it’s important to understand that there’s no one-size-fits-all answer.”

ABLE accounts are only available to individuals whose qualifying disability occurred prior to their turning 26, which leaves out a huge percentage of the special needs population.  In addition, there are limits to both annual and lifetime ABLE contributions.  On the other hand, beneficiaries can directly manage ABLE funds, unlike SNTs, which are managed at the sole discretion of a trustee. So increasing an individual’s autonomy ranks high on reasons to open an ABLE account.

“ABLE accounts can, for the first time, enable individuals with disabilities to handle their own resources without risk to benefits that may be important to their financial security,” says Rubin. “They can save for education, a computer or other expenses, and the guidelines for allowable distributions are very broad─anything to improve the beneficiary’s health, independence or quality of life.” He mentions a client whose siblings are trustees for his SNT.  “They systematically move funds from the trust to the ABLE account, and that means he doesn’t need to ask them for money.”

“Families may begin by planning to contribute the annual maximum ($15,000 in 2019), but for many families of people with disabilities, it may be hard to come up with $15,000 to fully fund an ABLE Act account in any event” observes attorney Robert Fleming.  For those who work and do not have an employer-sponsored retirement account, $12,140 in additional savings from income are allowed, for a total of $27,140, in 2019. In certain cases, more modest contributions could be wise, anyway. “For some individuals, there may be a money management learning curve, so funding the account with smaller amounts on a monthly basis may be better than seeding it up to the annual limit right away.”

“The special needs world changes dramatically when someone turns 18,” observes attorney Ann McGee Green. “Many individuals with disabilities first become eligible for SSI at the same time that other programs are no longer open to them. I’ve had situations in which parents who have already established a third party SNT in their estate plan now want to protect a small Uniform Transfer to Minor’s Act account they previously created for their child’s benefit. This money cannot be placed into a third party SNT. However, if that money is deposited into an ABLE account, the young adult can still qualify for SSI, as the account will not be considered a resource of the child.”

Another major advantage to ABLE accounts is that, unlike SNTs, they can pay housing expenses without affecting SSI (Supplemental Security Income), which is intended to cover food and shelter.

“No one in Roanoke, Virginia, where I practice, can cover those expenses with what SSI provides, so this is a really big advantage,” says Green.  “I have clients who regularly move money from an SNT into ABLE in order to cover rent, utilities or maintenance.  If they were to pay with an SNT, there would be a reduction in SSI as a result.”

Fleming describes the dramatic difference that this housing angle has made in one man’s life. “I have a young, very bright client with a severe disability, whose parents had established a third party SNT for his benefit. He was receiving SSI and had qualified for Medicaid, but his health costs were largely being handled through his parents’ medical insurance.  As he approached the age of 26, when he would no longer be covered by their policy, he wanted to be sure that he maintained his Medicaid eligibility.”

The SNT had purchased a house for the client, where he lived along with a roommate. But since the SNT was also paying to maintain the residence, his monthly SSI payments were reduced accordingly. By paying those bills, instead, with an ABLE account that was systematically funded by his SNT, his SSI payments rose and his Medicaid eligibility remained secure.

“The ABLE account gave him enormous liberty,” says Fleming. “He also used the ABLE account to bank the rent paid by his roommate and the salary he had from a part-time job. He’s computer-savvy, so he can pay his own bills online, and he has direct access to discretionary income.  The two instruments, working together, have made a big difference.” Fleming points out that the rent payments reduced his client’s SSI payment but kept him on the program─and in charge of handling his own bills.

Rubin has similar stories about individuals with third party SNTs (funded with resources from anyone other than the beneficiary) who have used ABLE accounts to protect their earnings.  “I have a number of clients who are receiving Childhood Disability Benefits (CDB) from Social Security based on a parent’s work record. As a result of the higher CDB benefit, their SSI terminated, however, they retained Medicaid, which is protected coverage. In many cases, paycheck savings, when combined with other resources, would exceed the $2,000 monthly limit for SSI resources, which is linked to this protected coverage. Caution: Earnings are countable income for SSI and subject to the earned income calculation for SSI.  But earnings can be deposited into an ABLE account as savings for when they’re needed.

“In general, ABLE restrictions make such accounts impractical for handling large inheritances or personal injury settlements,” says Fleming, “but I had a case where there were two parts to a settlement. We opened an ABLE account to hold the smaller first portion, then created an SNT to hold the bulk.”

“For relatively small inheritances or settlements, an ABLE account can be more cost-effective and flexible than a pooled trust, which combines many sub-accounts belonging to multiple beneficiaries,” adds Green.

“I’m finding that many clients simply haven’t heard of ABLE,” comments Green.  “Families dealing with significant disabilities are focused on getting through the day, so a lot of education remains to be done.”

If they’ve heard of ABLE, they may not be aware of the Medicaid payback, which requires that upon the beneficiary’s death, funds remaining in the account must repay Medicaid for healthcare handled by the program. “Some states have tried to invalidate the Medicaid payback,” says Rubin, “but the federal government has confirmed that it’s required and cannot be waived by states in many situations.”  On the other hand, the payback is only for services provided since the account was established.  This is less burdensome than the payback with first party SNTs (created with a beneficiary’s assets), which involves health services throughout the individual’s life. On the other hand, there’s no payback from a third party SNT.

There are also misunderstandings with regard to tax advantages.  In most states, the contributions to an ABLE account aren’t tax deductible, although interest and capital gains are tax-free.  “Taxes are seldom a good reason to create an ABLE account,” asserts Rubin.  “Most individuals with special needs have limited tax exposure to begin with, and a properly drafted SNT shouldn’t have much tax liability either.”

One, Both, or Neither

“Neither an SNT nor an ABLE account is a panacea,” says Rubin. “Sometimes they’re great in combination, sometimes one or the other suffices, and sometimes an individual doesn’t need the asset protection provided by either of them.

For instance, if someone is receiving SSDI (Social Security Disability Insurance), there’s no asset test because it’s based on a parent’s or their own work record. Or, if they live in a state with a Medicaid buy-in program, they may qualify despite having significant resources. ABLE accounts may be a way for many working individuals to save for their retirement and maintain their eligibility for Medicaid, ensuring access to affordable health care.

Rubin also cautions that, in some states, the value of an ABLE account is compromised if an individual has a guardian, since the guardian would be required to approve all ABLE expenditures and make regular accountings to a court.

“Both ABLE accounts and SNTs are great tools, but families should take a hard look at their situations,” says Green. “Regulations are constantly changing, so they may want to consult a special needs attorney to help analyze their options. The bottom line, though, is that there are more ways than ever to enhance life for individuals with disabilities.”