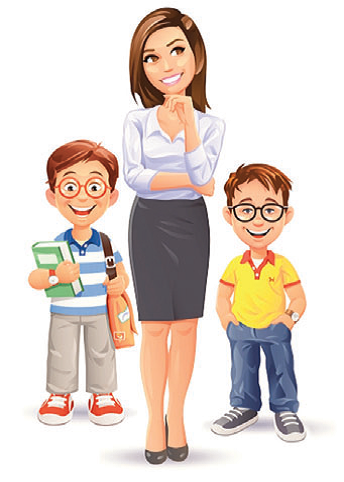 BY JANE SCHOENFELD – I turned to her and said, “I have two smart boys, not just one.” After my response, Broden looked up at me and smiled. I know in my heart, he heard me. A few years ago when Mark was deployed, I was having a discussion with Hayden about whether we should go to the pool that afternoon or wait until the next day. After mulling over how long it would take to get ready, we decided it was too close to dinner and planned to go to the pool the next day. During our conversation, Broden was in the other room playing on his iPad while sitting in his favorite chair. As I walked into the laundry room to put the pool bag away, Broden was standing by the door that leads to the garage. He turned to me and asked, “Go swimming?” At first I was confused, but then realized that he heard Hayden and I talking about the pool and thought we were going to swim. I remember I ran back into the living room to Hayden and told him that Broden heard us talking about the pool. Then I said, “Broden listens to what we are saying to one another. We need to start including him in our conversations instead of talking to each other like he’s not paying attention.” I was in awe of the fact that even though Broden had limited communication, he still was listening to everything we were saying. That night, after the boys were in bed, I replayed the moment in my head when I witnessed Broden asking to swim before dinner. Then my heart sank. I tried to remember all the times I had spoken about him while he was in the room and was oblivious to what he was hearing. How many times had I talked with Mark about how frustrated I was with his progress or couldn’t understand why he couldn’t master a skill on his VBMAPP? I questioned how many teachers or students had complained about his behavior or questioned his ability to do something not caring if he heard them. What was clear was that everyone in Broden’s life needed to do better. Yet again, I had underestimated my son. A while ago, I was talking with a friend about schools. Report cards had just come out and we were discussing the different classes our children were taking and comparing curriculum. Our children went to different schools and we were curious about the differences. Hayden was not there, but Broden was sitting next to me during the conversation while he was playing on his iPhone. My friend continued to ask me about Hayden and I responded positively each time, reiterating how intelligent he was and discussed his strong memorization skills. She looked at Broden and then said, “I’m so glad you have one smart child.” I was taken aback by what she had said. I knew she had meant well, but was annoyed with the fact that she had assumed Broden was not listening or that he was not as intelligent as his brother. I looked over at Broden, but he did not lift his head. Now that I think about it, I would have probably responded similar to him. I turned to her and said, “I have two smart boys, not just one.” After my response, Broden looked up at me and smiled. I know in my heart, he heard me. My friend quickly recanted her comment once she realized what she had said. After she left, I turned to him and reminded him of how smart he was and that I was very proud of all that he was learning at school. There are times when I would give my right arm to have 20 minutes inside of his head. I’m confident, that once I saw things through his eyes, everything would make sense. I still tear up when I think about how frustrating it must feel to have so much to say, but not be able to find the words to say it. Now, when he grabs my hands and struggles to speak, I try to be patient and tell him to take his time. I hope he realizes that as much as he wants to speak, I am with him desperately waiting to hear what he wants to say. When I tell him to use his words and talk to me, I know he can hear me. Because I have this sentiment, this is not the end, only the beginning.•

Jane Schoenfeld is an Army wife with two children, one with autism, whose husband is currently stationed at Fort Hood, TX. She is an autism advocate and currently the parent liaison for the Academy for Exceptional Learners.