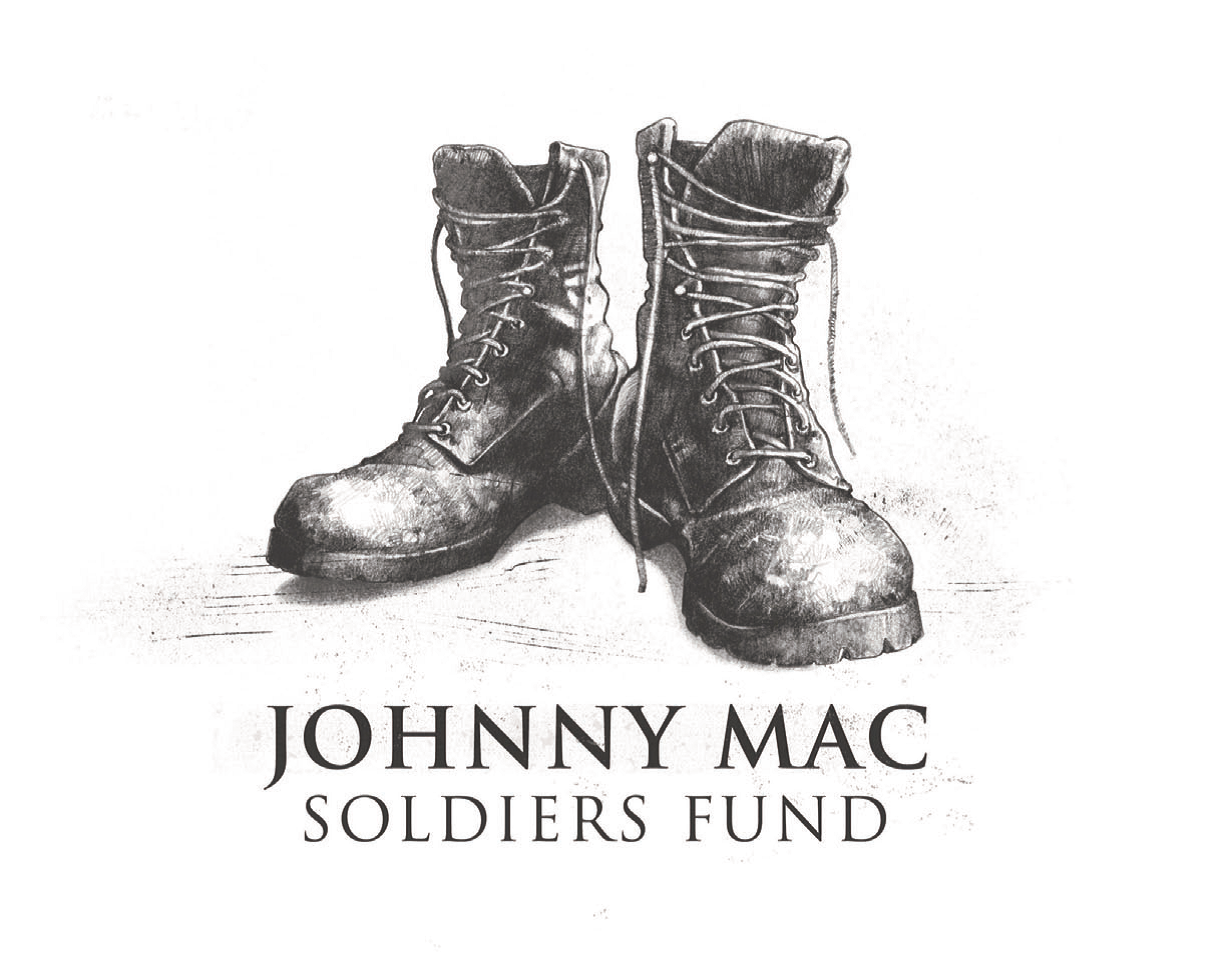 “There are 20,000 children of fallen soldiers who are out there and need help. This number will only increase over the next 10 years; there is a half a billion dollar need.”

One of the first items on our bucket list for the summer included a family vacation to Mt. Vernon. My six-year-old became increasingly aware of our history this past year in kindergarten and expressed his desire to see where George Washington, Father of our Country and, indeed, one of our Founding Fathers, lived. Living within a three to four block radius of Victorian homes at the Jersey Shore, he looked for a better sense of placing himself in time.

This trip also included a visit to Gunston Hall Plantation, which was just a short walk from our campground. Here sits the home of George Mason IV (1725-1792), a fourth generation Virginian, author of the Virginia Declaration of Rights, who ultimately influenced our articulation of the basic ground rules that guide the nation.

The right to freely pursue happiness has not come without a price. We have had to guard this right since the birth of our articulation of the principles that underscore what it means to be an American citizen.

A stopover to our main destination in Annapolis, Maryland made us more acutely aware of the sacrifices made by our men and women who join the Armed Forces. A walking tour of the United States Naval Academy on a rainy day in July allowed us to get a glimpse of what it takes to become one of those guardians of our freedoms.

We followed the petite tour guide who buried herself in her yellow rain jacket between buildings to learn that the college, like its West Point counterpart, recruits the best of the best. Of the multitude of those who apply, only a few will be able to take the  opportunity to prove their worth. Those who make it are physically and mentally challenged, develop an unbreakable bond with their graduating class, and rise to a call many of us will never understand. They will have learned discipline of the mind and body and understand deeply the value of integrity and character as they assume leadership roles in our nation’s military.

COL. JOHN M. MCHUGH: A man of character and integrity, Col McHugh put his Christian values into action. He was one of the highest-ranking officers to die in Afghanistan since the war began.

These are things I slowly came to appreciate standing at the headstone of my grandfather each Christmas with my father and grandmother who made the annual one-day trip from New Jersey to
Arlington, Virginia to lay a blanket. While my grandfather had not died in battle, I learned from my grandmother how many other losses were tied to his commitment to our country, time away from his family being one of them.

Steve Cannon, CEO of Mercedes-Benz USA and 1986 West Point graduate, recognized the importance of caring for the children of those men and women who lost their lives serving. He strongly believes that in the heart of every soldier is a want or a deep need to know that their families will be looked after. As a father of nine, he would know that best.

For Cannon, taking care of our children starts with a college education. It is a common understanding and accepted truth that an education gives every child the most potential in both their working and personal lives. “A college degree is a predictor of success,” Cannon said.

The issue became personal when Cannon’s classmate and friend Col. John McHugh “Johnny Mac” of New Jersey, lost his life on May 18, 2010 in Afghanistan at the hand of a suicide bomber. A mission to take care of McHugh’s five children began with fund-raising that included golf tournaments, and it soon became an expanded effort to take care of the many children left behind for other families of fallen soldiers.

Cannon recruited West Point Graduates Joe DePinto, CEO of 7-Eleven, and Anthony Guzzi, CEO of Emcor Group, a Fortune 500 construction company, to get behind the effort. There are 12 board
members in all, all West Point classmates, at the helm of this ship.

HEEDING THE CALL: Steven Cannon, President & CEO of      Mercedes-Benz USA: “We have these young people whose parents made the ultimate sacrifice for our country, and the mission is to take care of them.”

Cannon said of McHugh, that he “was a salt of the earth human being – he always had a smile on his face.” His easy going manner was contagious. He was a man of character and integrity; he was a man who put into action his Christian values and he was a leader.

Cannon feels his networks and influence are at their peak, and he should use this moment. There are 20,000 children of fallen soldiers who are out there and need help. This number, he feels, will only increase over the next 10 years; there is a half a billion dollar need. According to Cannon, this effort for our fallen soldier’s children is only breaking off a small piece of an ecosystem that includes wounded warrior, vet homelessness, and Post-Traumatic Stress Syndrome awareness and programs. Then, too, there is the horrifying statistic of 18 suicides a day that tugs at our heartstrings.

The Johnny Mac Soldiers Fund made its first indent into that need in Houston, Texas, earning $1.4 million at a sold-out crowd of 450 at Hotel ZaZa. For Cannon, the location was chosen because it is the one state that has lost the most. They contribute more military than any other state. This fall, they hope to raise another million at the October 29 Birmingham Gala Celebration in Birmingham,
Alabama.

Cannon says what is unique to their effort is that not only are they committed to staying; they are also committed not to take money from the end cause. “We want to stay skinny,” Cannon said. The Johnny Mac Soldiers Fund wants to stay lean by making sure that 90 cents to every dollar raised goes towards education. Many other efforts tend to lean on a 50/50 model according to Cannon. Fifty percent goes to the infrastructure to holding the organization together, the other fifty percent going towards the cause.

Cannon is a former U.S. Army Airborne Ranger who was stationed in Germany for three years where he served as a 1st Lieutenant ‘pre Iron Curtain.’ Personal tragedy struck again when Steve Cannon lost his brother Mark Cannon, an Army veteran and West Point graduate, who passed away on January 1, 2014 in Frankfurt, Germany leaving behind a wife and daughter.

Mark, born in Paterson, New Jersey is a reminder of my own vocation as a college faculty member serving Passaic County Community College, its main campus located in Paterson. It is a vocation that includes the underpinnings of what Steve Cannon searches for, to provide education which will be a predictor of success. For community college students their plight is different but it serves the same principles, that if any citizen of our country is to have a chance of being a contributing member to our country, it starts with a college degree.

While the Johnny Mac Soldiers Fund does not act as a suicide program, which Cannon sees as another part of the ecosystem, it is not exclusive. He believes that there is a growing need to move beyond “our narrow focus” that would include those who lose their lives to the other costs of war. Losing our fathers and mothers who die serving our country is on Cannon’s radar as well as the many others who are behind the initiative. “Abraham Lincoln would be proud. I know we are!”

To date the “fund has… awarded $1,040,000 to military families in education assistance for children of military personnel killed in action and another $40,000 grant to the COMMIT Foundation for scholarships for veterans transitioning from the military to the civilian sector. These veterans will attend a four week general management certification program called Ignite at Stanford University’s Graduate School of Business in Palo Alto, California.” The fund has raised $2.5 million and has made awards totaling $1.4 million… in their first year!

“But to the soldier, when his sword
Has won the battle for the free,
Thy voice sounds like a prophet’s word;
And in its hollow tones are heard
The thanks of millions yet to be.”
– Fitz-Greene Halleck.•

ABOUT THE AUTHOR:
Christine Redman-Waldeyer is a poet and Assistant Professor in the Department of English at Passaic County Community College in New Jersey. She has published three poetry collections, “Frame by Frame,” “Gravel,” and “Eve Asks” (all with Muse-Pie Press) and has appeared in Schuylkill Valley Journal, The Texas Review, Verse Wisconsin, and others. Christine earned her
Doctorate of Letters from Drew University and is a doctoral candidate in Rowan University’s Ed.D program in higher education.

ABOUT THE JOHNNY MAC SOLDIERS FUND:
A fallen soldier’s child needs money for college. A veteran wants to earn her degree, but doesn’t earn enough to pay for tuition. A spouse needs additional college credit in order to renew his professional certificate. A soldier returning to civilian life needs a mentor to help him find his next path in life.Now, multiply their needs by hundreds of thousands.

This new generation of war veterans needs our help. So we do. We know that if the roles were reversed, they would do it for us. The Johnny Mac Soldiers Fund‘s mission is to help “Our Own” and their families through education. Time and again, our soldiers and their families are asked to give of themselves for the rest of us. While they ask little in return, we owe them so much. Through education, we will give back. Veterans who served honorably in any branch of our Armed Forces, and spouses and children of veterans in need of financial support to further their education, can look to us. The Johnny Mac Soldiers Fund is committed to providing support to those most affected by the Global War on Terror. Assistance includes:
• College scholarships and grants
• Financial aid for professional certification programs and non-degree programs
• Educational career counseling and mentorship