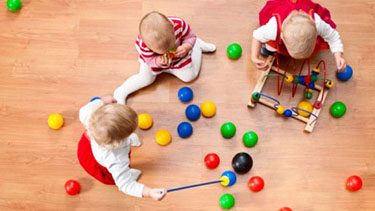 A study in 2018 issue of Pediatrics looks at why some children receive negative results on early autism screenings, but then go on to later receive a diagnosis of autism.

Authors of “Clinical Features of Children with Autism Who Passed 18-Month Screening” examined the developmental and temperamental profiles of more than 68,000 18-month-old Norwegian infants, all of whom received a negative result on a parent-directed questionnaire designed to screen for autism.

The authors found that there were multiple differences in parent-identified behavior between infants who did not receive a later diagnosis of autism spectrum disorder, versus those who did. These differences included delays in social interaction, communication, and motor ability – all features associated with ASD.

These results suggest that parents may have difficulties reporting subtler difficulties associated with ASD, such as limited social engagement, or that some infants with ASD may present atypical behaviors inconsistently or with lower intensities, making parent​s more likely to disregard the behaviors in the screening process. Interestingly, researchers noted that girls later diagnosed with autism were less likely to be wary of strangers and thus appearing more social, which could mask behaviors associated with autism.

These findings suggest that already at 18 months there are subtle differences between males and females who screen negative and later receive an autism spectrum disorder diagnosis. The researchers recommend that clinicians should be particularly wary about discounting symptoms of social difficulties in females, as they may be masked by lower social fearfulness. Furthermore, they note that their findings suggest a need for enhancing understanding on how to improve screening instruments.