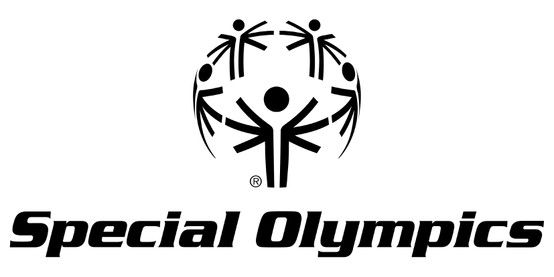 The following post was written by Tim Shriver, co-founder of the Spread the Word campaign. In March of 2009, Tim and co-founder Soeren Palumbo, created this annual day of awareness that continues to be led by passionate young people, Special Olympics athletes and Best Buddies participants across the world.

When I was in first grade, Loretta Claiborne came to visit my class. She showed us her gold medals from Special Olympics victories in long-distance running. She demonstrated her martial arts skills that she had gained on her way to earning a black belt. She spoke to us in Russian, one of several languages she had taught herself while traveling the globe competing and meeting fellow athletes. Needless to say, my classmates and I were impressed. So, when she walked towards the door to leave and turned to say, “One last thing,” we were hanging on her every word.

She asked, “Do you all know the rhyme ‘Sticks and Stones’?”

We said, “Of course!” and proceeded to say it back to her: “Sticks and stone may break my bones but words will never hurt me.” We were proud that we knew that lesson already.

For the first time that afternoon, Loretta grew serious and said, “You know that’s the silliest saying there is. I’ve been in fights and I’ve broken bones, but the only pain that has stuck with me all these years is the pain caused by words. That’s because those words hurt my heart. And there is one word that hurt the most because it haunted me as a kid and ever since. That word is ‘retard’ or ‘retarded.’ Whatever you do, please never use that word and be careful about the words you chose. Your words are powerful.” Then, she smiled at us and walked out the door.

Each of us who has taken part in making Spread the Word the global movement it is today has had a moment — a moment when we were pulled onto the field of life and challenged to play our part in transforming it into a place of respect and inclusion for and with people with intellectual disabilities. Whether we are self-advocates, siblings, parents, friends, teammates, or co-workers, we’ve all had a moment when staying quiet was no longer an option. That day in my first grade classroom was my moment. I have been trying to live up to Loretta’s challenge ever since.

Fast forward nearly fifteen years to February 2009. Loretta, along with other self-advocates, had been leading the charge for well over a decade, calling for more vocal and active campaigning to end the use of the word “retard(ed)”. Soeren and I were college students and becoming more involved in this movement and Special Olympics. As part of the 2009 Special Olympics World Winter Games, we had gathered student leaders from ten universities around the country to meet in Boise, Idaho alongside Special Olympics youth leaders from around the world. We asked each other what we could do to propel the mission of Special Olympics forward. What unique contribution could we, as college students and youth leaders, offer the movement?

Amidst the excitement of the World Games and the energy of the student gathering, we found our answer. At that time, it was pretty common to hear the word “retard(ed)” carelessly thrown around on TV and in movies. Each time this occurred, a collection of individuals and organizations would organize an effort to call on whomever it was to apologize and make a commitment to change their language. This would often take weeks of back and forth, if a response was given at all. That particular week in February 2009, it was a pundit on Bill O’Reilly’s nightly talk show who used the word. As our student-led part of the effort began, we wondered: why do we need to keep doing this? How can we change the larger conversation so that we are doing more than just waiting to react?

Within the week, we chose a date six weeks out when each of us college student leaders would hold events on our campuses. We recruited a few high schools to join in. We designed t-shirts and a logo. We created a website and wrote a pledge. Then, we parted ways to head back to our dorms with no idea how this crazy idea would play out.

On March 31st, 2009, Spread the Word to End the Word launched. To our surprise, more than forty campuses and dozens of high schools took part and thousands of pledges streamed in. The next year, campuses and pledges more than doubled. And they kept growing exponentially until we were averaging ~2500 events annually around the globe — including at k-12 schools, workplaces and community centers. Ten years later, more than one million people have taken the pledge online and in person across 80+ countries, and over 6,000 schools have participated.

So, what have we learned from ten years of this youth-powered movement? I still hear Loretta’s piercing wisdom: “Your words are powerful.” I see a generation who has refused to accept the popular adage that sticks and stones are the only real threats. I see a generation who no longer allows people with intellectual disabilities to serve as the butt of jokes, and who knows that words shape attitudes and actions.

We are surrounded by voices that tell us that words do not matter. Toughen up. Don’t be so sensitive. Can’t you take a joke? Don’t be so PC. When I hear these voices and am tempted to believe them, I go back to my moment with Loretta and ask myself: is her challenge coming from a lack of toughness, too much sensitivity, no sense of humor, or an obsession with political correctness? The answer that comes back is a clear and resounding, “No!” Her challenge to me, and to all of us, was and is to put aside conventional wisdom and recognize a deeper truth — that words are not just powerful, but perhaps the most powerful things on earth: the most powerful tools to build, bridges to connect, and, indeed, weapons to harm. We have a choice in how we wield them.

As we look forward to the next ten years of Spread the Word (and we have exciting news to share in the days to come), I invite you to reflect on your moment. When did you decide this movement needed your voice? Who invited you in? How were you transformed into a leader by Spreading the Word? Ultimately, this movement is nothing but a series of powerful moments. We want to hear about yours. Share your story in the comments below!