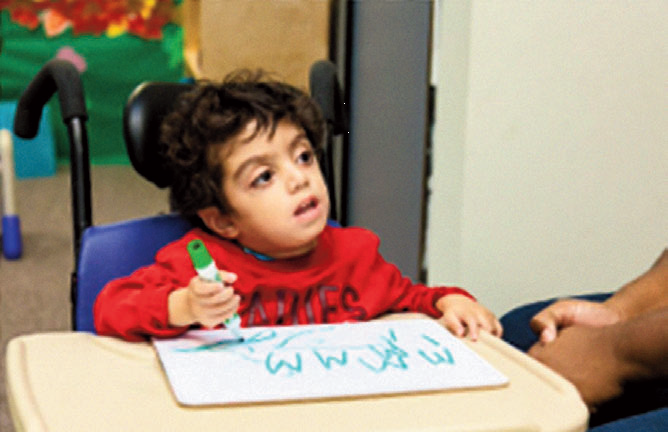 CDC scientists published a report on the prevalence and characteristics of autism spectrum disorder (ASD) among 4-year-old children. This report is based on information from the Early Autism and Developmental Disabilities Monitoring (ADDM) Network. Early ADDM is a subset of the broader ADDM Network, which has been doing ASD surveillance among 8-year-old children since 2000.

In this report, published in the Morbidity and Mortality Weekly Report (MMWR) Surveillance Summaries, scientists analyzed information from the health and/or education records of preschool-aged children. Identifying children with ASD early helps families get access to services in their communities. This report provides valuable information on progress made toward early identification of children with ASD, and informs providers, particularly public schools, of upcoming service needs. The data in this report demonstrate a continued need to identify children with ASD sooner and refer them to early intervention.

Seven sites from across the United States were included in this report. These sites participated in Early ADDM for at least one year during surveillance years 2010, 2012, and 2014. However, trends in the prevalence and characteristics of ASD could only be analyzed across three sites: Arizona, Missouri, and New Jersey. This is because not all seven sites participated and had consistent data sources for all three surveillance years.

The findings in this report do not replace the April 2018 report from the ADDM Network, which found that 1 in 59 children 8 years of age were identified with ASD.

CDC has a new data visualization tool that lets users map and graph ASD data. Visit the website and explore the data!