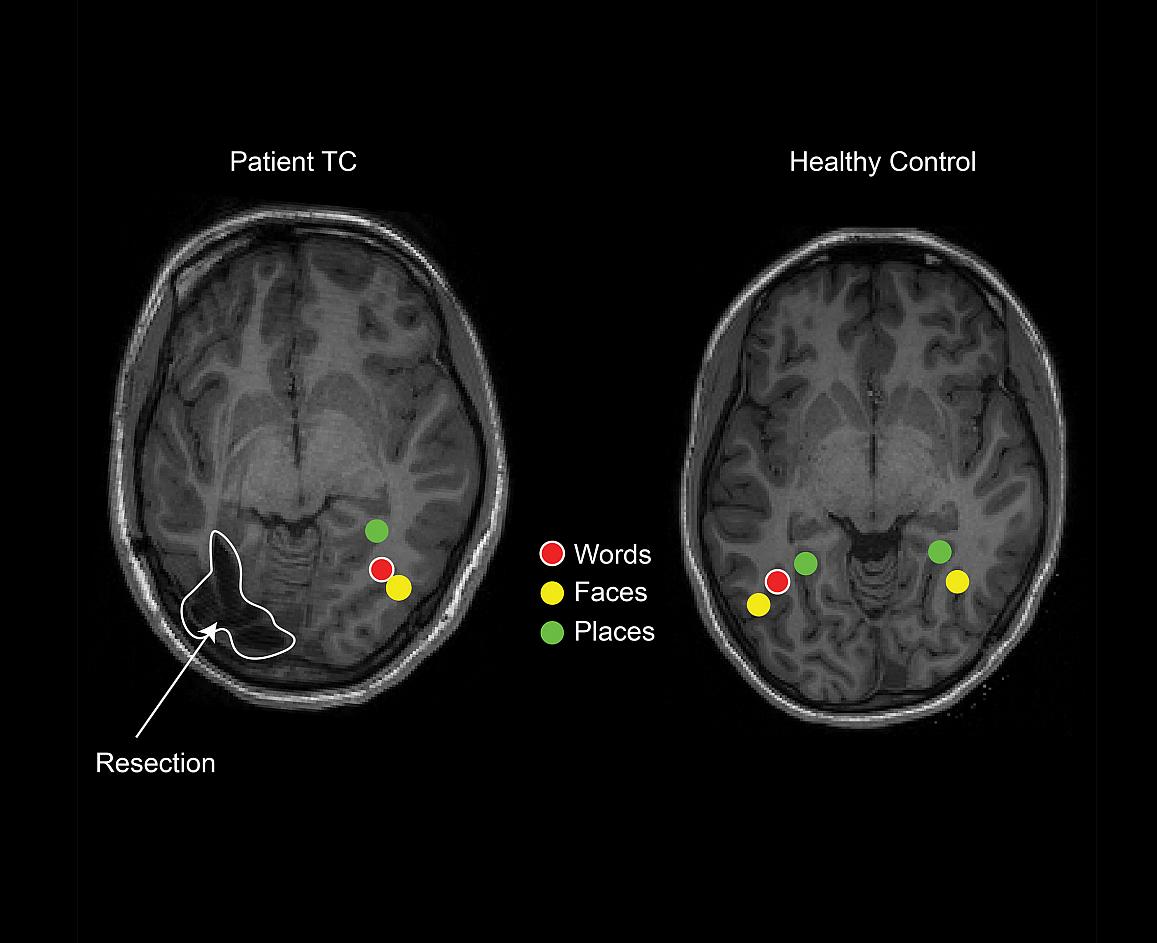 NIH-funded study shows that in children, the brain can compensate for missing regions of the visual cortex.

Children can keep full visual perception — the ability to process and understand visual information — after brain surgery for severe epilepsy, according to a study funded by the National Eye Institute (NEI), part of the National Institutes of Health. While brain surgery can halt seizures, it carries significant risks, including an impairment in visual perception. However, a new report by Carnegie Mellon University, Pittsburgh, researchers from a study of children who had undergone epilepsy surgery suggests that the lasting effects on visual perception can be minimal, even among children who lost tissue in the brain’s visual centers.

Normal visual function requires not just information sent from the eye (sight), but also processing in the brain that allows us to understand and act on that information (perception). Signals from the eye are first processed in the early visual cortex, a region at the back of the brain that is necessary for sight. They then travel through other parts of the cerebral cortex, enabling recognition of patterns, faces, objects, scenes, and written words. In adults, even if their sight is still present, injury or removal of even a small area of the brain’s vision processing centers can lead to dramatic, permanent loss of perception, making them unable to recognize faces, locations, or to read, for example. But in children, who are still developing, this part of the brain appears able to rewire itself, a process known as plasticity.

“Although there are studies of the memory and language function of children who have parts of the brain removed surgically for the treatment of epilepsy, there have been rather few studies that examine the impact of the surgery on the visual system of the brain and the resulting perceptual behavior,” said Marlene Behrmann, Ph.D., senior author of the study. “We aimed to close this gap.”

Behrmann and colleagues recruited 10 children who had undergone surgery for severe epilepsy – caused in most cases by an injury such as stroke in infancy, or by a tumor – and 10 matched healthy children as a control group. Of the children with surgery, three had lost parts of the visual cortex on the right side, three on the left side, and the remaining four had lost other parts of the brain not involved in perception, serving as a second kind of control group. Of the six children who had areas of the visual cortex removed, four had permanent reductions in peripheral vision on one side due to loss of the early visual cortex. The epilepsy was resolved or significantly improved in all children after surgery. The children ranged in age from 6 to 17 years at the time of surgery, and most joined the study a few years later.

The researchers tested the children’s perception abilities, including facial recognition, the ability to classify objects, reading, and pattern recognition. Despite in some cases completely lacking one side of the visual cortex, nearly all the children were able to successfully complete these behavioral tasks, falling within the normal range even for complex perception and memory activities.

To better understand how the children were able to compensate after surgery, the team imaged the children’s brains with functional magnetic resonance imaging (fMRI) while the children engaged in perceptual tasks. fMRI allows researchers to visualize which regions of the brain are activated during specific activities. The team was able to map specific locations in the brain required for individual perception tasks both in the control children and in the children who had undergone surgery. These regions included the early visual cortex, the fusiform face area (required for facial recognition), the parahippocampal place area (required for processing scenes and locations), the lateral occipital complex (required for object recognition), and the visual word form area (necessary for reading).

Most of the regions for visual perception exist bilaterally – that is, both sides of the brain are involved in these tasks. The exceptions, however, are for facial recognition (fusiform face area), which tends to be more dominant in the right hemisphere, and for the visual word form area.

“We think there’s some competition between face representation and word representation,” explained Erez Freud, Ph.D., a lead author of the study, now an assistant professor at York University, Toronto. “When we learn to read, a reading-specific area arises on the left, and that pushes face recognition to the right hemisphere.”

Curiously, for one participant whose surgery had removed most of the visual cortex in the left hemisphere, this reading-specific visual word form area region remapped to the right hemisphere, sharing space next to the facial recognition region on that side. But even for those participants who did not show such clear remapping, the remaining hemisphere was still able to compensate for missing regions in a way not usually seen in adults.

It isn’t clear exactly when this compensation took place, but the researchers believe that it may begin well before surgery, in response to the damage that caused the epilepsy in the first place.

“It’s possible that early surgical treatment for children with epilepsy might be what allows this remapping,” although more research is needed to understand what drives this type of brain plasticity,” said Freud.

“It turns out that the residual cortex actually can support most of the visual functions we were looking at,” said Tina Liu, Ph.D., a lead author on the study. “Those visual functions – recognizing patterns, facial recognition, and object recognition – are really important to support daily interactions.”

Photo above: fMRI scans show that patient TC’s word-specific region, which is normally found on the left, has remapped to the right hemisphere. Erez Freud, Ph.D., York University.