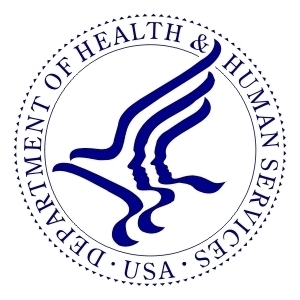 Today, the U.S. Department of Health and Human Services released a report showing that states can greatly improve access to behavioral health services for residents by expanding Medicaid under the Affordable Care Act. Substance use disorders and mental illness are prevalent and serious public health problems in American communities. According to today’s report, in 2014, the most recent year for which data is available, an estimated 1.9 million uninsured people with a mental illness or substance use disorder lived in states that have not yet expanded Medicaid under the Affordable Care Act and had incomes that could qualify them for coverage. The report finds that people with behavioral health needs made up a substantial share of all low-income uninsured individuals in these states: nearly 30 percent. While some of these individuals had access to some source of health insurance in 2014, many will gain access to coverage only if their states expand Medicaid, and others would gain access to more affordable coverage.

To date, 30 states plus DC have expanded Medicaid under the Affordable Care Act. However, 20 states—including many of the states that would benefit most—have not yet seized this opportunity.  Previous estimates have shown that if these states do not change course, over 4 million of their citizens will be deprived of health insurance coverage in 2016.

Today’s report highlights that, along with its other benefits, Medicaid expansion could dramatically improve access to treatment for people with mental and substance use disorders, thereby improving health outcomes. Research shows that low-income adults with serious mental illness are significantly more likely to receive treatment if they have access to Medicaid coverage, with benefits for their health. If all states expanded Medicaid, an estimated 371,000 fewer people each year would experience depression, and 540,000 more people would report being in good or excellent health.

States that choose to expand Medicaid may achieve significant improvement in their behavioral health programs without incurring new costs. State funds that currently directly support behavioral health care treatment for people who are uninsured but would gain coverage under expansion may become available for other behavioral health investments.  For example, several states that expanded Medicaid reported that they expected reductions in general funds needing to be allocated to the uninsured for treatment ranging from $7 million to $190 million in 2015. This creates opportunities to meet other pressing health, mental health and substance use disorder needs. States can also expect to have a more productive workforce, because expanding treatment will permit a reduction in adverse workforce outcomes stemming from mental and substance use disorders. Research shows that depressed employees incur significantly more disability days than do otherwise similar employees, and substance use disorder treatment was associated with $5,366 annually in employer savings from reduced absenteeism alone.

Thanks to the Affordable Care Act, states have the opportunity to expand Medicaid coverage to individuals with family incomes at or below 138 percent of the federal poverty level. Health care costs for people made newly eligible through the Medicaid expansion are paid for with 100 percent federal funds in 2016, and 95 percent in 2017, scaling down to 90 percent in calendar years 2020 and beyond. President Obama recently proposed an extra incentive for states that have not yet expanded their Medicaid programs, which would provide any state that takes up Medicaid expansion the same three years of full Federal support and gradual phase down that those states that expanded in 2014 received.