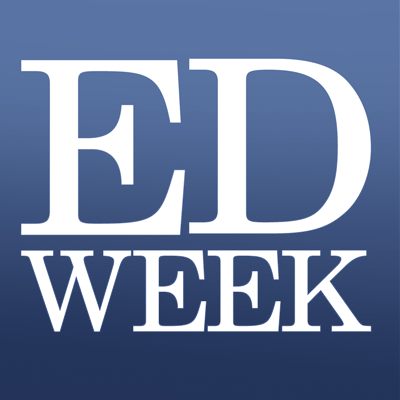 By Christina A. Samuels

After years of steady decline, the nationwide count of school-age students covered under the Individuals with Disabilities Education Act has shown an upswing since the 2011-12 school year based on the most recently available federal data, driven by rapid growth in such disability categories as autism.

The count of students ages 6-21 with disabilities fell to a low of 5.67 million in fall 2011, but had risen to 5.83 million by fall 2014, the most recent year for which statistics are available.

A third of the nationwide increase in 2014-15 came from one state, New York. The reasons for the sharp increase in the state are not clear.

These numbers—gathered from reports that every state is required to file yearly with the U.S. Department of Education and analyzed by Education Week and its Research Center—cannot be used to demonstrate that there is an actual increase or decrease of young people with disabilities in the country. Child-count data are sensitive to policies that encourage, or discourage, special education identification. And, as noted, a change in just one large state can have nationwide impact.

But the numbers have real implications for states and localities, which pay by far the largest share of costs for special education students.

Virginia is among the states that have seen a large increase in the population of students with autism.

At one time, autism was considered a “low incidence” disability in Virginia, said John Eisenberg, the state’s director of special education. Now, those students make up the fourth-largest disability category in the state.

“What we’re seeing is that about half of that population are kids with pretty severe disabilities, major behavior issues, medical issues; they’re probably some of the most complicated issues that school divisions face,” said Eisenberg, who is president of the National Association of State Directors of Special Education. “The costs associated with educating kids with disabilities has significantly increased.”

Those two categories now account for a little more than 1 in 5 school-age children covered under the IDEA nationwide.

But the disability categories that have typically included the most children have largely been on a decadelong decline. They include students with specific learning disabilities, speech and language impairments, behavioral and emotional disturbances, and intellectual disabilities.

Students with specific learning disabilities such as dyslexia have been, and remain, the largest group of those covered under the IDEA. But in 2005-06, they made up 45 percent of all students in the special education child-count data. By 2014-15, that proportion had dropped to about 39 percent.

The child count is just one data point reported by states annually. States also are required to report data such as how much time children with disabilities spend in general education classrooms, how often they are suspended or expelled, and how often students of different races or ethnicities are classified in certain disability categories.

Ruth Ryder, the acting director of the federal office of special education programs, said that those other data points are the ones that her office focuses on most closely.

“Generally, we are looking at this on a state-by-state basis. We pay particular attention to the [least-restrictive environment] data, dropout data—we’re less looking at [child count] trends over time,” she said.

Several factors could be influencing the overall child-count numbers and the shifts in categorization. Research has shown that some children with disabilities are being reclassified; for example, a child who might once have been identified as intellectually disabled or emotionally disturbed might now be classified as autistic. Some children who in previous years would not have crossed the special education threshold may now meet a state’s identification guidelines. Also, policy changes such as the rise of response to intervention, an educational framework designed to provide targeted assistance to academically lagging students, have been tagged as one possible reason why fewer children are identified with specific learning disabilities. The 2004 reauthorization of the IDEA gave the RTI method a strong boost.

The nationwide counts are also sensitive to changes within a state or just a few states that could have little to do with the absolute numbers of children with disabilities.

For instance, though the number of children with specific learning disabilities has been on a steady decline since the 2004-05 school year, the number crept up between 2013-14 and 2014-15.

That change was driven almost entirely by New York state, which contributed about 31,000 students—13,000 with learning disabilities—to the 85,000-student nationwide increase reported between those two academic years. The overall student numbers represent an 8 percent increase in New York from 2013-14 to 2014-15, compared with an approximately 1.5 percent increase nationwide.

The reason behind that change is unclear. The state said that part of the change was driven by a more accurate assessment of New York City private school students who receive special education services. Federal data show that the category of parentally-placed private school students rose by about 10,000 children between 2013-14 and 2014-15 in New York, but that doesn’t account for the entire increase.

New York has collected data for the current school year, though they have not yet been released by the Education Department, which conducts extensive data checks. Geary said that in an early look at those numbers, New York saw a special education enrollment increase of about 3 percent between 2014-15 and 2015-16, which is more in line with previous increases.

She noted that through waivers given under the No Child Left Behind law, states could set different proficiency goals for different student subgroups based on past performance. In Cortiella’s view, that may have provided an incentive to classify some low-performing students as special education students rather than regular education students. She’s concerned that same incentive may be carried over into NCLB’s successor, the Every Student Succeeds Act.

States must still count students with disabilities as part of the overall student population. But in the special education subgroup, fewer students have to meet proficiency for a state to still demonstrate progress.

What all those changes may mean for states’ bottom lines depends on how they pay for special education. Many states provide funding to their districts based on student “weights.” A student with autism could be granted more state aid than a student with a speech or language impairment. Other states pay for students with disabilities based on the services those students require—say, a student in a self-contained classroom with a dedicated aide receives more funding than a student in a general education classroom.

“Weights are not a bad way to provide funding if they’re done judiciously and carefully,” said Deborah Verstegen, a professor of education finance and policy at the University of Nevada, Reno, who has conducted regular surveys of the way states finance their education programs.

Twenty states use some kind of weighted-funding system, Verstegen has found through her research, and some are very complex. Oklahoma, for example, has 12 weights based on disability category. Texas also has weights, but they are based on where the student is educated, such as in a self-contained classroom. Wyoming, on the other hand, reimburses its districts 100 percent of their approved special education costs and uses no weights.

In Virginia, Eisenberg, the state special education director, said that districts receive funding based solely on the number of special education students they have, with no added money based on the services a child receives. “Localities are hurting because they’re not getting the money,” said Eisenberg, adding that the state is looking at the situation. “The funding formula doesn’t necessarily reflect that intensity of support needs.”

Unfortunately, the overall financial impact of special education child counts—either up or down—is mostly conjecture, said Louis Danielson, a managing director at the American Institutes of Research. For 15 years, he served as the head of the Education Department’s research-to-practice division in the office of special education programs.

It has been 16 years since anyone has taken a big-picture look at how special education dollars are spent. In 1999-2000, the nation spent about $50 billion on special education. About 7.5 percent of that was federal money.

But a lot has changed in nearly two decades. For example, that same report from 1999-2000 showed that states were spending $3.7 billion just on special education transportation. The push to serve more students in their home schools has likely affected that cost—but there’s no national numbers on that, Danielson said.

“I would love, given how long it’s been, to see another study like that,” Danielson said. “We know about shifts in numbers; what we don’t know about is what kinds of services they are getting and what their services cost.”