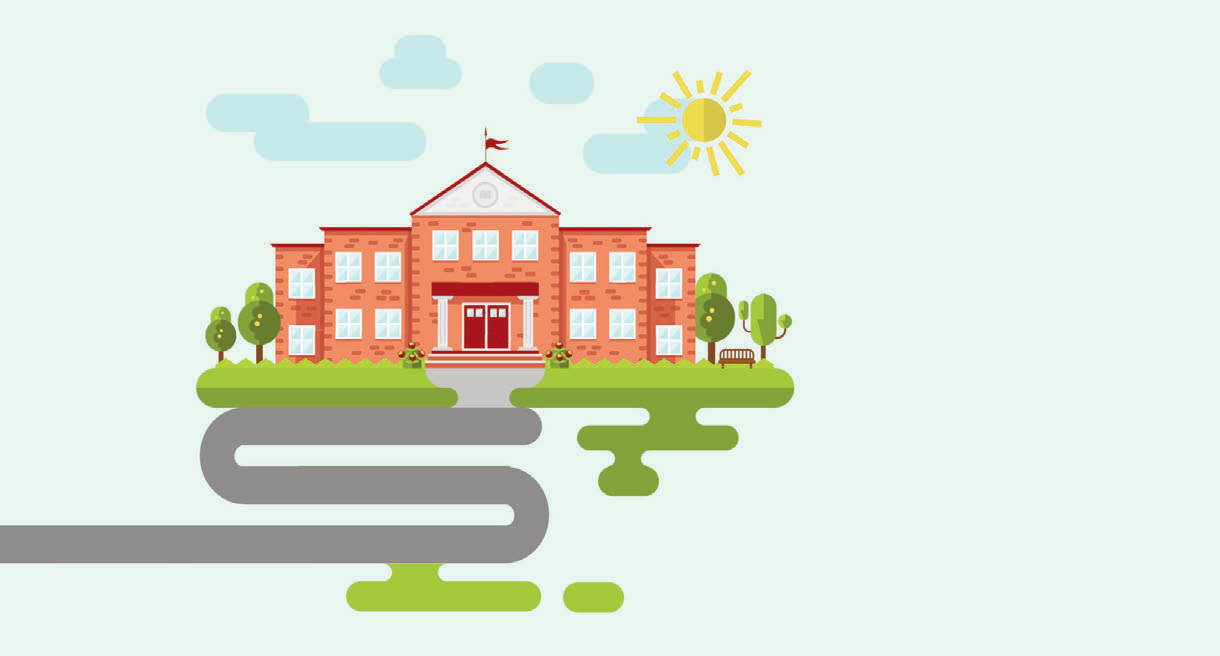 We’re sitting across from Larry Bram in his office. Morning light filters through the windows, framing the landscape of suburban houses and office buildings of Silver Spring, MD. Larry works as the VP of Innovation and Program Development for Easter Seals, an organization that provides care and programming for individuals with disabilities and chronic needs. Walking through the building, the three of us pass infants, children, and adults in warm-toned rooms. They are eating, talking, playing, and receiving care. The sounds of murmurs and laughter fill the hallways. Larry’s office, though, is quiet. He closes the door behind us. On his desk, a set of miniature bowling pins accents a diorama of small toys and photographs.

“My job, here, is to think outside of the box,” Larry says.
We first met Larry at “Consortium of Care,” an annual meeting at which parents, physicians, and policymakers  gather to discuss the future of care coordination for children with special health care needs. Larry attended as a representative of Easter Seals and as the father of a child, now young woman, with special health care needs. At Consortium of Care, Larry shared that his daughter, Sarah, was born with a set of physiological challenges. She’s now attending college and is interested in becoming a speech language pathologist. Today, we’re visiting Easter Seals to listen to the story of Sarah’s developmental journey.

Like many parents, Larry is eager to share his daughter’s story. The three of us sit at around a small table, phone placed in the center, Voice Memo app open. We hit the record button.

Larry leans back and, with his hands, frames the shape of a small body. “When Sarah was born,” he says, “she was what the doctors called floppy.” Larry’s hands fall into his lap. “She had no muscle tone.”

Twenty-four hours later, Larry and his wife saw a neurologist. They learned that Sarah was missing part of her corpus callosum, a broad band of fibers connecting the two hemispheres of her brain. There was no time for denial. They needed to face the reality of the situation, and they needed to act quickly. Soon after birth, Sarah began physical therapy.

In her first year, Sarah was given a developmental assessment at DC Children’s National Medical Center. Along with evaluation results, Dr. Stanley Greenspan gave Larry and his wife a piece of advice that shaped a vision of their daughter’s path forward, a vision focused on their daughter’s current and potential strengths.

“Listen,” Dr. Greenspan said. “She’s got this disability, and you’re going to fight what’s wrong all of her life. But look at what she is doing. She’s smiling early, she’s making eye contact; she’s advanced in those things. While you’ll have to work hard to mitigate what’s wrong, my job is to help you to maximize what’s good.” Greenspan belongs to a group of developmental psychologists interested in protective factors, or qualities that can enable individual and family resilience amid acute challenges. As Sarah developed and grew, Greenspan suggested, her parents could, and should, cultivate a focus on her abilities to best reinforce them.

Several months later, Sarah and her parents were faced with yet another obstacle. A routine MRI yielded a second neurological diagnosis: polymicrogyria. The imaging showed an excess of undersized gyri, or wrinkles, on her brain. Larry and his wife were told that Sarah would not likely develop the capacity for language. They were told—this time with more certainty—that she would be physically and cognitively disabled.

At 10 months, though, Sarah said her first word. “Cup.” There are many fine motor skills involved in the act of speech, and Sarah’s enunciation was perfect. Glottis, palate, tongue, lips, pop. On this day, Larry and his wife started Sarah’s college fund.

“If you look at her MRI,” Larry explains, “you would never know what she can do. Over the years, Sarah has outperformed her body and she’s outperformed her brain. Doctors gave Sarah diagnoses. It was up to Sarah to determine her prognosis.”

Sarah’s path to college has been marked by moments in which she, against the odds of her diagnoses, has defined, met, or exceeded her own goals. At four years old, Sarah learned to read. Throughout her elementary and secondary education, she graduated on time. In December, she will graduate from college.

According to Larry, early intervention and inclusive programming have paved the way for these successes, but not without serious difficulty.

From preschool through high school, Sarah was often the first, or only, kid with special health care needs on campus. Sharp and wry, she didn’t categorize herself as disabled. Yet even in inclusive and well equipped facilities, she stood out. For example, Sarah is reliant on a wheelchair for movement. Her elementary school featured a staircase with a lift that allowed her to easily ascend from the ground to second floor. When it activated, it did so in a whir of blinking lights and abrasive beeping. Beep beep beep beep beep. The kids and faculty around Sarah were unceremoniously alerted. Sarah is ascending.

What does it mean to be ordinary? Extraordinary? Included, excluded, or both? Supported, yet encouraged to be independent? These questions arise not just for students, but also for parents, teachers, architects, and administrators at inclusive camps and schools. When Sarah was in second grade, her teacher, a teacher with 25 years of experience, planned a field trip to a ravine. Students would learn about the ins and outs of a local, living ecosystem. When they received notice of the field trip, Larry and his wife were saddened and frustrated.

“Sarah couldn’t visit a ravine,” Larry explains. Couldn’t her teacher have planned an alternate field trip? One that kids in wheelchairs could navigate with less difficulty?

True inclusion, Larry says, requires that you start from the beginning. Administrators and even veteran educators should ask: how do I build something that everybody can access, considering all the different needs of the kids in the class?

When Sarah began to look for colleges, she looked at the four schools in the United States with proactive and inclusive programs on campus. She chose to attend Edinboro University in Erie, Pennsylvania, a sprawling, rural school that hosts the largest program in the world for young adults with developmental challenges.

Like other colleges, Edinboro University’s campus is accessible. It provides academic accommodations for students who need it. Unlike other colleges, Edinboro provides a number of exceptional services, including 24-hour personal care in the dormitory, occupational therapy, aide assistance in the cafeteria, and van transportation to take students to CVS or Wal-Mart. Larry explains that he’d never expected to receive a call from Sarah, enthusiastically describing how she had grabbed the van to Wal-Mart to pick up her meds—all on her own. Best of all, as she moves around campus, Sarah can’t turn a corner without encountering another student in a wheelchair.

Providing sufficient resources and support for students with disabilities is an important step towards inclusion in higher education. Connected to the right resources, Sarah Bram is able to attend college 350 miles away from her parents. On a good day, she feels more independent than ever. The next step for our education system is to foster pervasive acceptance, belonging, and value for inclusivity throughout colleges in the United States; to work to provide equivalent opportunities and experiences for students with all grades of developmental challenges.

Sarah Bram belongs to a new generation of children with special health care needs. They have grown up after the passage of the Americans with Disabilities Act, and they are now adults with special health care needs. They face, among other things, the dreaded transition out of ADA coverage, which expires at 22 years of age. This year, Sarah will enroll in state Medicaid, Social Security, and disability programs. Fortunately for her, Maryland’s Developmental Disabilities Administration will provide her with “adult” services. Unfortunately, these services are not guaranteed for everyone.

At 22, reaching the end of college, Sarah is now faced with many questions. Some are similar questions to those with which all so-called “Millenials” are faced. After college, how will we find roommates? Jobs? How do we approximate the clinical and social supports of our undergraduate institutions in the world beyond?

For Sarah, for Sarah’s peers, and for the families of Sarah’s peers, these questions are difficult to answer. And they are exacerbated by ongoing challenges. When Sarah receives a phone interview, will she share information about her disability? What about when she speaks with a potential housemate? How will she explain to these people that her body extends into the technical devices that sustain it, but that she is so very alive and functional and smiling?

“For the first time,” Larry says, “there’s nothing known on the other end.”

Someday, technology may allow Sarah to walk. For now, she’s learning to use Dragon Dictate, a voice-activated typing software.

Though she was diagnosed with a set of developmental disabilities early in life, Sarah Bram has carved a remarkable path through a difficult system—with the help of early intervention, physical therapy, ongoing support, and a carefully cultivated sense of resilience. Thirty years ago, Sarah wouldn’t have been expected to attend college. And now, she will graduate in December. And now, she has her sights set on graduate school. The next step? To fulfill her aspiration of becoming a speech pathologist.

ABOUT THE AUTHORS:
Sarah Roth is Program Coordinator for Genes in Life. She is interested in the relationship between storytelling and health support systems. She received her MFA from the University of Notre Dame and her BA from Washington University in St. Louis. Sarah can be found @selizabethroth.
Sana Charania is a Genes in Life Intern working with Disease InfoSearch at Genetic Alliance. She is currently an undergraduate junior at Georgetown University, majoring in Biology of Global Health and minoring in Psychology