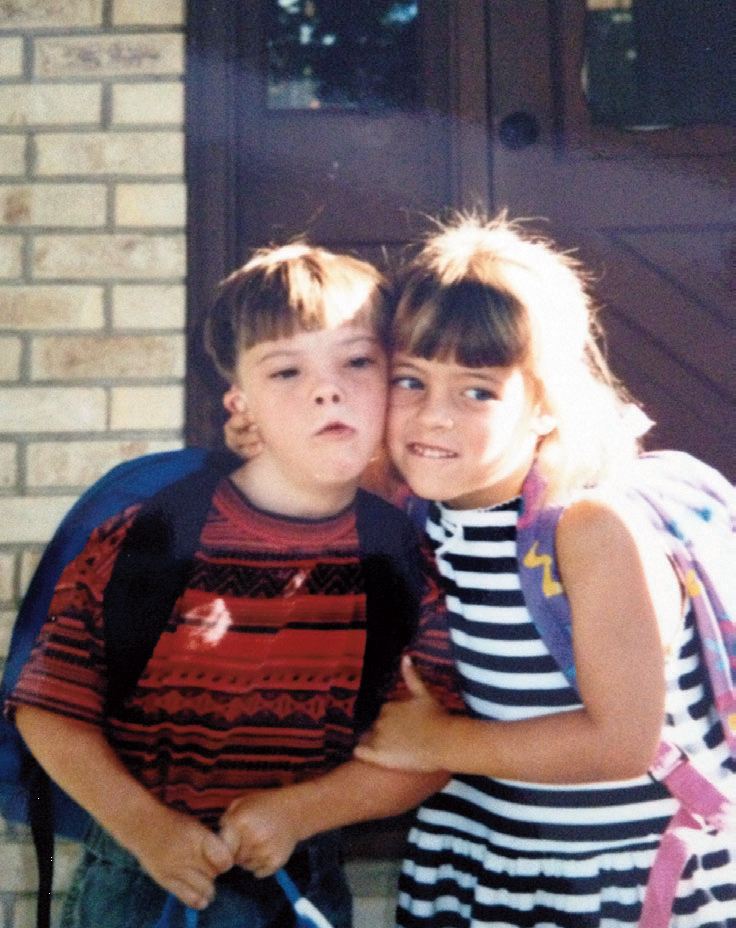 If you look at the pictures of my brother and me on my first day of kindergarten, and my first day of medical school, they look remarkably similar. Despite the 16 years separating the two, our hairstyles have only changed minimally. However, one of the biggest similarities of these two occasions was my personal naivety. In both cases, I was somewhat unprepared for the way my brother and others with intellectual disabilities would be viewed by my peers and soon to be classmates. On the first day of kindergarten, the fact that my brother had Down syndrome meant very little to me, and I had no reason to think that anyone would treat him any differently. By the time my first day of medical school came around, I had learned the unfortunate reality of how people with disabilities were viewed by society at large. However, I had high hopes that the people I would meet in medical school would be different.

While I did not think that everyone would be quite as dedicated to individuals with intellectual disabilities as I am, I did think that they would generally respect those with disabilities and try to serve this population to the best of their ability. Instead I found that the medical world and the world of people with intellectual disabilities were all too often at odds with one another. Throughout the next few years of my training, it would become very clear to me what it meant when someone argued that people with disabilities are medically underserved.

There are a lot of technical definitions regarding what it means to be medically underserved. Technically, there is a set of specific criteria along with an equation that determines whether or not a specific group of people is medically underserved. However, at a basic level, it means that it is harder than it should be for individuals of any given group to access high quality health care that meets their needs. As both a medical student and a sibling of someone with Down syndrome, I have heard many parents complain about how hard it is to find a doctor who can adequately care for their child. Many have even had downright negative experiences with providers. I have heard parents say things like, “I’m not sure x physician was really comfortable with my child,” too many times to count.

Let me paint a picture for you. If you were lucky enough to have made a trip to LA for the Special Olympics World Games, you may have seen the Health Athletes venue. Healthy Athletes allowed thousands of Special Olympics athletes to receive vision screening, hearing screening, dental screenings among other health screenings all in one place. It was an impressive and elaborate set up, not to mention a critical one. I was lucky enough to meet a young man with Down syndrome there who was very excited to show off his brand new hearing aids. Despite being nearly completely deaf, this was the first time he ever got a pair of hearing aids. As I toured the venue in awe, I also began to wonder why it is that so many people with intellectual disabilities needed to get health care in a tent at a sporting event. After all, the average typically developing twenty-something year old athlete who was nearly deaf surely would have been given hearing aids at a much younger age.

In sum, the fact that so many individuals with intellectual disabilities rely upon medical screenings done in mass  under a tent to obtain adequate and compassionate care is an excellent demonstration of their medically underserved status. Obviously, individuals with intellectual disabilities deserve better support from the health care system. What if I told you there was a relatively simple way to start to change things? In fact, there is a designation made by the government called a medically underserved population (MUP) that is designed to improve the access to health care for just such populations.

In order to understand how to improve the health care of those with intellectual disabilities, we must first  understand why the care is sub-optimal in the first place. What discourages providers from serving people with intellectual disabilities? Basically, it takes a lot more work than your average patient. It takes more time, more adaptations on the part of the provider, and more paperwork. Plus, they are often not compensated optimally by Medicaid to do this extra work. As a result, patients receive suboptimal care, have a hard time finding primary care providers, use the emergency room more, and have higher health care costs. In order to improve that, some  incentives must be in place to compensate for the current disincentives.

MUP Designation & Medical Students
Funding from an MUP designation provides things like primary care grants, health professional training and  support, and Medicare and Medicaid payment enhancements. Essentially, physicians are supported monetarily to serve medically underserved populations. That means that a medical student like me might receive more training on how to care for people with disabilities. That means that a medical student like me could have my medical school loans paid off if I agreed to serve patients with intellectual disabilities after medical school. As a result, more medical students and physicians would have hands-on experience treating patients with disabilities. Let me tell another story to demonstrate why this experience is critical.

At the end of my first year of medical school, I organized a group of my classmates to volunteer with a class of adults with Down syndrome. We were given two class sessions to teach adults with Down syndrome what they needed to know when they went to the doctor. We covered basic medical vocabulary that they could use to describe symptoms such as “nausea” or “burning pain.” We gave them a list of commonly asked questions to be prepared to answer. We did some role-playing. At the end of the second session, one of my classmates came up to me and said, “Wow, that was a lot of fun. I was a little bit nervous at first, but once we got talking for a while I realized that they are just like  everyone else.” (look up feedback) The more training and encouragement medical students like me get to treat  patients with intellectual disabilities, the fewer parents have to say, “I’m not sure physician x was really comfortable with my child.” In turn, Special Olympics athletes wouldn’t need screenings in tents because there would be plenty of adequately trained doctors in doctor’s offices available to meet their health care needs.

Sign the Petition
The reasons why this designation has yet to be made is complicated, but what it does mean is that we have work to do. Noise needs to be made. Parents, family members, and individuals with disabilities themselves are the perfect people to make such noise. The easiest way to do so is to sign our petition: http://www.change.org

If you want to make even more noise, tell your stories. Even better, tell your stories to the right people. Talk to your  governors, senators, and anyone who will listen to the challenges you have faced in getting good care for your child or yourself. Tell them why it needs to be better and how we can make it better. We need your voice.•

ABOUT THE AUTHOR:
Emily Johnson is a 4th year medical student at the University of Colorado School of Medicine. She was lucky enough to grow up with an older brother who happens to have Down syndrome. Even before she knew she wanted to be a doctor, she knew she wanted to serve people with intellectual disabilities. She has worked with individuals with  disabilities through a variety of organizations including Special Olympics, Adam’s Camp, Best Buddies, and on her medical school campus. She now serves as the Student/Resident Medically Underserved Population Initiative Chair for the American Academy of Developmental Medicine and Dentistry. She is planning a career in family medicine  serving those with intellectual disabilities.